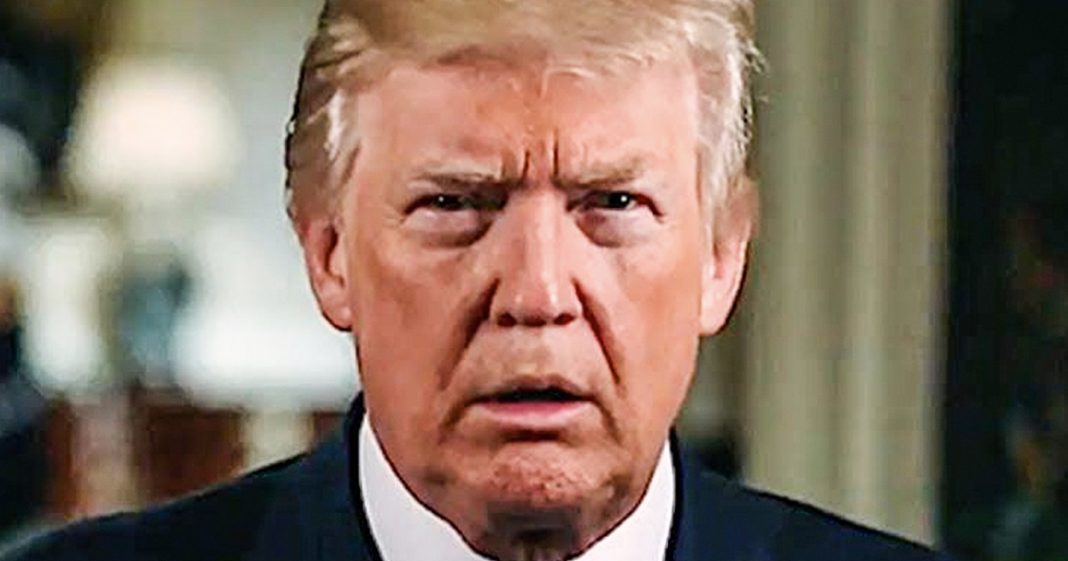 The Trump administration is facing a major lawsuit from at least 6 migrant families who claim that the administration’s family separation policies have caused unnecessary harm, emotional distress, and lasting trauma. They also claim that there was no legal or safety reasoning behind the decision, it was just something Trump wanted to do to show the world how cruel he can be. Ring of Fire’s Farron Cousins discusses this new lawsuit.

Donald Trump is being sued. Once again, the man who just seems to be sued by everyone for everything, whether it’s not paying as contractors or you know, all of the horrible policies he’s put in place. All the emoluments that he is accepted, the guy just constantly gets sued. Well, this new lawsuit is actually similar to other law suits that have been filed against him and his administration. This one is being brought by six migrant families who the Trump administration’s separated from their children at the border and they’re now suing Trump and the administration for the unnecessary pain, suffering and trauma that they caused to these families. Right now there’s only six in the lawsuit. It’s very likely that that number is going to increase dramatically. Assuming this case has given permission to move forward and it should be able to move forward. I don’t think that’s going to be a question, but there probably will be a hearing to determine whether or not these people have standing and here’s the thing though, they absolutely do have standing.

They were in here in the United States on American soil. At which point they are protected by the laws of the United States of America citizen or not. So yes, that argument’s pretty easy to settle. Do they have standing? Hell yeah, they do, but here’s why they’re suing. Again, these are mothers who had their children in some cases actually literally ripped out of their arms and taken away. The parents were not told where their kids were going there. We’re not told how long they would be separated. They were not allowed to contact them. They didn’t know a thing. They were taken to a separate cage and locked up. Their kid was taken to a different facility, sometimes a different city, sometimes a different state, and they had no idea. The kids didn’t know where the parents were. The parents didn’t know where the kids, where they couldn’t communicate with each other.

They were abused while in custody and according to the filing of this lawsuit that has caused insurmountable damage psychologically to both the parents and the kids leaving them with this PTSD and they want something done. They want something someone held accountable. Now, each of the families, the six families involved or seeking $2 million a piece for the suffering and the pain and the trauma that was caused to them by the administration. But it’s not necessarily about the money. What they want to do is send the administration a message, which is actually what most lawsuits are about. It’s not just about getting money, it’s not a cash grab. What it is is to highlight a policy or a problem, bring it to the public’s attention and then force a change. We have seen that with lawsuits since the beginning of this country. You know, the last century alone has shown us how powerful lawsuits can be in changing the laws in this country.

Tobacco laws, seat belt laws, uh, you know, pharmaceutical testing requirements, all kinds of things that only came about because of lawsuits as best as agent orange. That’s what they’re trying to do with this policy here. They’re trying to show that there is very real damage being caused by the Trump administration’s family separation policy, and that the policy was only enacted so that the president could prove to the rest of the world how cruel he truly is. This was not a safety issue. This was not a security issue, and it did nothing to deter people from coming into this country. This entire family separation policy was built on one thing and one thing alone, and that was to show everybody how horrible and heartless the United States government can truly be. And that is what these lawyers representing these families are about to go argue in court.