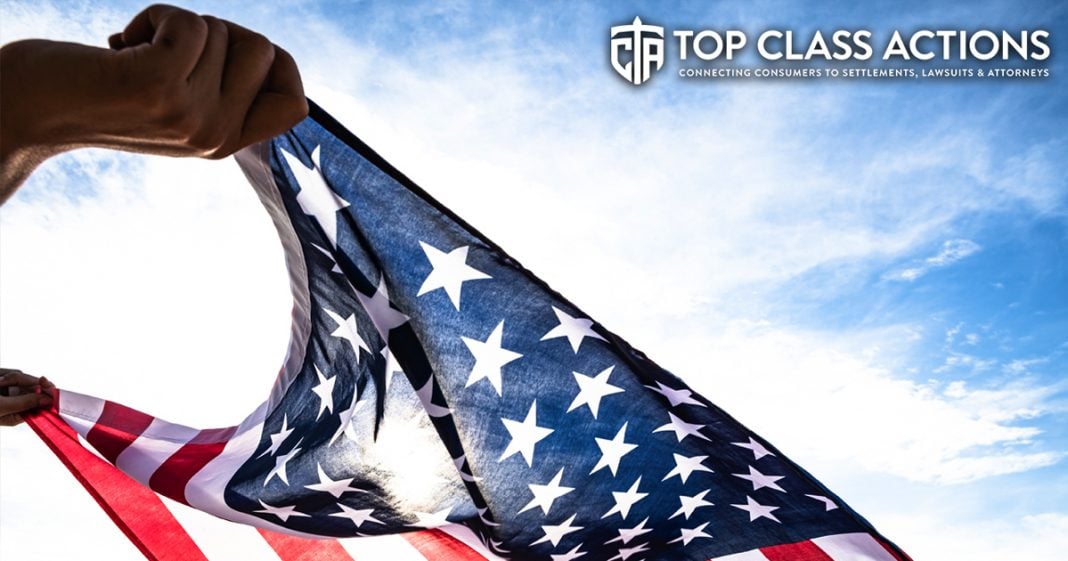 According to a class action lawsuit, immigrant children under detainee status are being used as “bait” to draw out their sponsors. Advocacy groups have filed the U.S. government immigration class action lawsuit on behalf of more than 10,000 immigrant children who were detained as well as their sponsors. Ring of Fire’s Farron Cousins discusses this with Scott Hardy from Top Class Actions.

Farron Cousins:                  According to a new class action lawsuit, some of the children that the current administration has been separating from their parents at the border are now being used as bait in an attempt to attract more people to deport. Just when you thought things from this administration could not get any more disgusting.

Scott Hardy:                          Well this lawsuit is, it’s really sickening and disheartening. You know, we, we do have a huge crackdown on illegal immigration and we want to make sure that these kids, as you said, have been separated from their families and from their parents and we’d like to get them out of the system right, and with loving families that can take care of them. So we, the taxpayers aren’t paying for their welfare as well. It seems like a win win situation.

Get the kids so the taxpayers aren’t paying their food and board and their security because of course they are at essentially kid jail and then get them with their families, but no, what they actually did there is, at least one example we have so far, where they were corresponding with the family saying, yes, come pick up your child. Come pick up your child. A teenager went there to pick up the child who’s a relative, a family member, and they said, no, no, no.

We want to have your dad come in and get fingerprinted. Well, the dad came in and got fingerprinted, turned out he was an illegal immigrant from Honduras and boom, he’s arrested, deported and now you have more kids without family here in the states and the trump administration kind of said, well, all right, we’re sorry. We do really want to get these kids reunited with family members, so we’ll stop fingerprinting parents or anybody, family members that come in to claim these children.

Farron Cousins:                  Because at that point not only does the parent or, or Guardian or other family member who was in the United States that the kid was traveling to see order to go live with, not only is that person now deported, but it leaves the child with nowhere to go at that point. So the child stays in custody. The relative is deported. No problems get solved and in fact we’ve actually now created not just another humanitarian crisis, but another just general crisis of what do we do with these children because we just rid of their only possible guardian.

I mean this, look, with regards to immigration and these child prisons and whatever else is happening down here, we have seen probably the worst of the worst from this administration on this particular issue. But to me, trying to lure in more people to deport by dangling the child and saying, look, we’ve got your kid. Don’t just want to come get your kid. Come on, come on kids right here. Just take them. This is a new level of sickening that just crosses the line into just pure evil, for me, at this point.

Scott Hardy:                          It, it really is, and we have to think who profits from this, right? Because this isn’t happening on accident. This isn’t just for Trump’s hard line stance on immigration. The private prison industry is profiting from it because the more kids that are released, the less they’re able to charge the federal government. So you have to think, are the, are the leaders and the owners of the private prison industry actually benefiting from deporting more people and keeping these kids in longer because if all of a sudden all these kids get connected back with their parents, you know, you’re going to have millions upon millions of dollars in profit that will be lost for those folks who own those private prisons.

Farron Cousins:                  And not to mention the fact that the private prison industry also profits more when they find somebody that needs to be deported, because when they snatch that parent, they’re not just immediately put on a bus and sent back down south. They, they languish in, in custody, you know, for days, sometimes weeks, maybe even months, depending on how backed up the system is. So they’re not immediately deported.

They get to go fill another cell in one of these private prisons who are profiting huge off of this, a manufactured crisis that we have in fact created on our own soil at this point. So yeah, I mean, the private prison industry, they’re loving this. You know, they, they love people locked up. They love people being deported. What they don’t like, as you pointed out, is anybody leaving those prisons because as soon as somebody walks out that door, all they see is a giant dollar sign walking away from them.

Scott Hardy:                          Exactly. And you know, with a lot of things that we’re looking at in the world today, we always have to look as you do at the basis of why these things are happening and it’s not just the, you know, the created crisis on the border, but it’s who’s going to make money and why, and who can they inflame to support the president and his administration in this act so that person can keep on making money in the background and giggling maniacally, I’m sure as they’re sitting there and profiting off the backs of these small kids.

Farron Cousins:                  Absolutely. For more information on this issue, follow the link in the description of this video, head on over to topclassactions.com and make sure you sign up for their newsletter to stay on top of all of the issues that American consumers need to be aware of. Scott Hardy, topclassactions.com. Thank you very much for talking with us today.