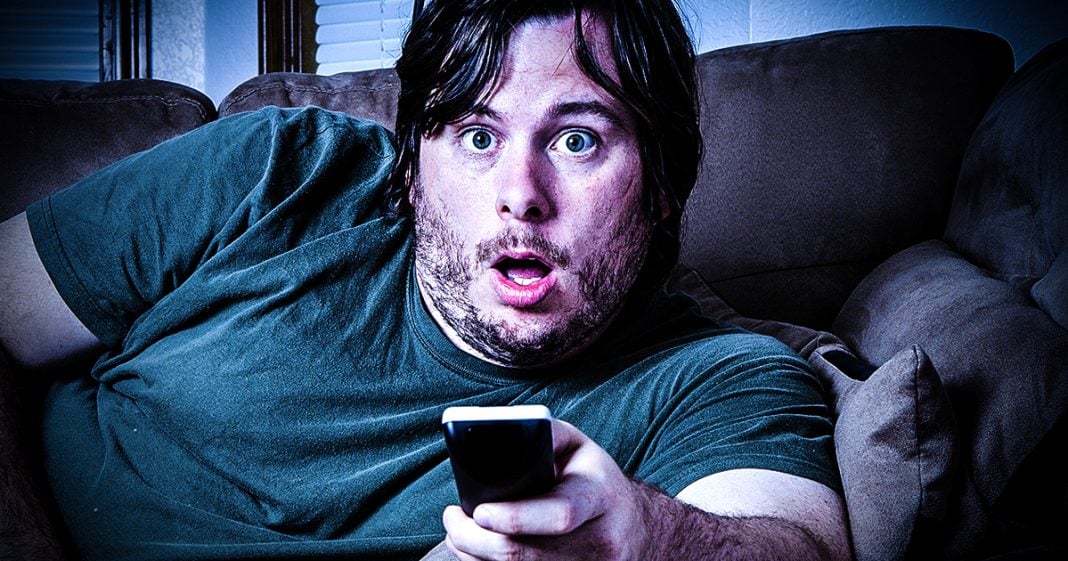 Look, I get it. You don’t like porn, right? Fantastic. Do you think pornography is a bigger issue than people in your state who can’t afford to purchase their prescription drugs? Even if they have health insurance, you still gonna blame pornography, pornography for that a year in Arizona. So are you going to blame the fact that we’ve got people coming across the border being separated at the border from their own children, children being locked in cages given to these adoption agencies in order to be lost by this administration that is not as important as pornography. Climate change, the massive heat waves that Arizona has every single year that seemed to be getting worse and worse with death tolls, climbing higher because of climate change. You think that is not as important as as pornography or are you just trying to play to a base who you think is as stupid as you are because I’m going to go with the latter on that and I am hoping to God that I am right because honestly, at this point, this is all Republicans have left.

They have no new ideas, so as usual, when they’re out of ideas, they turn to culture wars and pornography is a cornerstone of their, uh, culture wars here. And that’s what they’re trying to do. They’re trying to create a boogeyman so they can get their conservative base all riled up and angry at something because they know they can’t win them over with actual policies. They know they’re not going to win on an issue like healthcare or climate change or immigration. So instead they create this fake target until everyone within their conservative base to fire at this target. Look at this target, look at this distraction, this shiny thing. I’m dangling over here and ignore all these problems that I am also as a lawmaker, completely ignoring because I’m paid off by big Pharma or the healthcare industry or the private prison industry or the fossil fuel industry, so I ignore the real problems, but the porn industry hasn’t given me any money recently, so let’s all go out and attack them and make these baseless claims like there’s somehow worse than the tobacco industry.

Hundreds of thousands, if not more. People die from tobacco use millions over the last few decades because the tobacco industry lied to us. I don’t think that even on its worst day, pornography has ever killed as many people as the tobacco industry has in a single day, but that is exactly what lawmakers in Arizona, the Republican ones. That’s what they want us to think, that people are dying, that society is crumbling, that families are falling apart and that, oh my God, were corrupting the youth. All because people have access to pornography. This is the only issue they can win on these culture war issues, and as they get more desperate and more pathetic and weaker than it continue pushing stupid issues like this because Republican lawmakers, whether it’s an Arizona dc or anywhere in between, Republican lawmakers all believed that their base is just as stupid as they are.