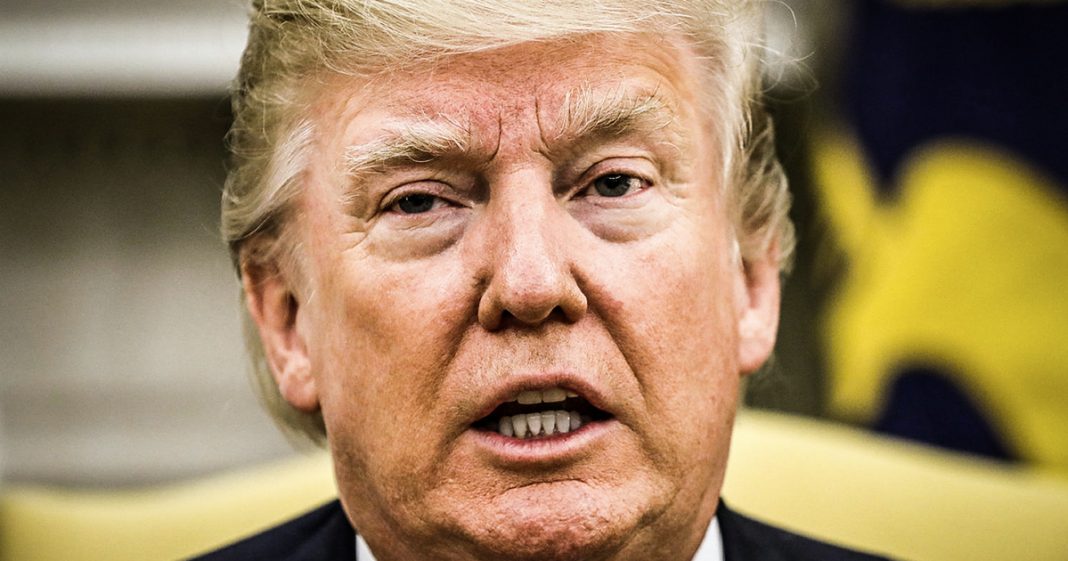 We’ve seen this episode before: A President who believes that he is either too good or too busy to be bothered by daily intelligence briefings. It didn’t end well for the US the last time, and it won’t this time either. Donald Trump has had just 17 intelligence briefings in the last 85 days, yet he constantly appears in the media talking about foreign policy issues that turn out to be 100% wrong. Ring of Fire’s Farron Cousins explains the dangers of Trump’s arrogance and negligence with regards to these briefings.

Now again, that is actually on par with about how many in-person briefings Obama attended, except the difference is that officials within this White House or freely admitting that trump’s not reading the daily written report, even after they had to pare it down to a single page and add lots of pictures to keep his attention. Obama read his and his wasn’t just one page filled with pictures. His was essentially a small report that was given to him every single morning and he would also bring up what was in that report and his cabinet meetings every single morning. Trump’s not doing that. Trump is ignoring intelligence professionals and it’s gonna have disastrous results just like it did when George W dot Bush ignored his briefings. And here’s what I mean. In the last couple of weeks, Donald Trump has made a lot of lofty claims. He has told us that we have essentially one in Syria. We did it, you know, we beat everybody.

We got the bad guys. They’re all gone. He has told us that, uh, you know, we don’t really know what happened to Jamal Khashoggi over there in Saudi Arabia, who knows. Yeah, he’s told us that North Korea is absolutely cooperating with their agreement and they’re getting rid of their missiles and he’s told us that Iran is over. They’re plotting something nefarious. We don’t know what it is, but they are damn sure ready to do something to harm the United States. Intelligence officials have rebutted him on every single one of those stories. Every one, every one, intelligence officials have had to come out and say no. The evidence shows that Saudi Arabia had Jamal [inaudible] killed. No intelligence shows that North Korea is still ramping up. Their nuclear intelligence officials have had to come out and say that, no, we did not defeat any of the bad guys in Syria, and you’re lying about that and for and honestly, it’s shocking.

They’re willing to admit this. Iran is not doing anything that we need to be concerned about at this point, and the reason I say that that’s kind of shocking, they would say that is because this is an intelligence apparatus that loves a good war. So for them to even come out and say, there’s really no reason to attack Iran or be concerned about them right now that’s telling you something, but trump isn’t paying attention. And according to interviews with officials in the White House, once he’s made up his mind, once he’s got his talking point, that North Korea is cooperating or Iran as an enemy, you can’t change his mind. No matter how much evidence you put in front of him, you can’t change his mind. He has these preconceived notions, notions he probably hears on Fox News and that becomes his reality. So no matter what these intelligence officials, these intelligence agencies, tell him and show him it will never be good enough for somebody like Donald trump who is just full of arrogance. And his arrogance is now leading to negligence in terms of national security. It will not end until this man is removed from office.