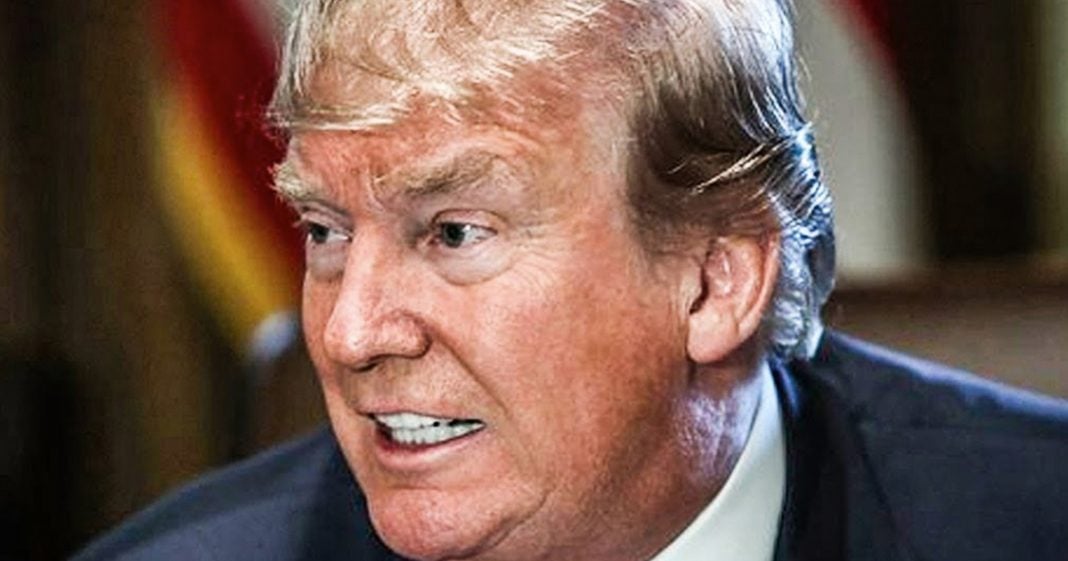 Pollsters across the United States have discovered a trend that they think may be the key to defeating Trump in 2020. It turns out that most voters, including those who switched from Barack Obama to Donald Trump, are pissed off at the pharmaceutical companies for charging US citizens astronomical markups on our prescriptions. They want answers and they want accountability, and right now the only party working to lower drug prices is the Democrats. Ring of Fire’s Farron Cousins discusses this.

Progressive pollsters, Stan Greenberg has been going around the country recently, polling voters to see where they stand as we get closer and closer to the 2020 presidential elections, and here’s what Stan Greenberg, according to a recent article in the Washington Post, is found out he’s actually uncovered to weaknesses that Donald Trump has and he found this out by talking to the white working class voters who switched from voting for Barack Obama to Donald Trump. Those elusive I voted for Obama. Now I voted for trump people. They do exist. Greenberg’s been out there pulling them, talking to them, and in these conversations he is found to common themes that voters are pissed off about high cost of prescription drugs and trade, and these voters out here that he’s been talking to are Super Mad at Donald trump for not doing anything about the prescription drug problem. In fact, he actually made it worse with his new Nafta proposal that helps extend drug patents, which is only going to cause prices to increase and with the trade, obviously the tariffs, the trade wars that have cost to our country, billions of dollars.

Those costs are being passed along to us here in the United States. We’re losing a ton of money, but trump says, no, China is the one hurting right now. Now it’s us and the voters understand that because they’re the ones who are being hurt from it. But the trade thing, obviously it’s going to be a big deal in the upcoming election, but their prescription drug thing needs to be front and center. And this is something that we here at ring of fire have been talking about for about a decade. At least. You know, we didn’t just start jumping on the bandwagon when everybody else started talking about it. Uh, uh, thanks to, uh, the Pharma Bro Martin Shkreli, that’s when people really started to talk about prescription drug prices. Uh, but here’s the thing, there are some drugs here in the United States where we pay a 200,000 percent markup. Most other drugs, we’re talking about a 50 to 75,000 percent markup. Typical drugs in Canada. You’ve got a 1000 to 5,000 on the high end percent markup.

They still pay a hell of a lot less than we do in Pharma. Still makes a lot of money because a 500 percent markup, that’s a big profit and even if that means the person only pays $10 for their prescription, well almost all of that $10 goes straight into the profit. Ben for Big Pharma, but there is hope, right? We know trump came to office. He say he’s going to lower prescription drug prices. He’s literally done nothing to do that. So the Democrats finally standing up to big Pharma are doing something about it right now. There are at least six different pieces of legislation between the House and the Senate that would each do something to lower the cost of prescription drugs. Here in the United States, there’s bills that would allow us to negotiate drug prices for Medicare. There’s bills that would force pharmaceutical companies to charge us in the United States.

The same kind of markups that they charge overseas. That’s the one from Ro Khanna and Bernie Sanders and out of all of them that would do the greatest amount of good for people here in the United States, but if the Democrats continue to push this issue, continue to show progress on the issue, even if they can’t get the bills passed by the Republicans, they’re gonna win, and that’s what this pollster is telling us right now. By talking to these trump voters, they want relief. They hate those. The words that you would. They hate the drug companies and there’s nothing that drug companies can do to stop that hatred. All they can do, which they did in 2018, is spend $280 million dollars on lobbying in one year, $280 million dollars just in lobbying, not including the nearly $42,000,000 that they spent in direct campaign contributions. So $322,000,000 in a single year spent by big Pharma so that they can continue to screw us over. People are starting to understand it. They see the big numbers, the big money coming out of big Pharma and they’re pissed off. They hate them and as long as the Democrats continue to lead the charge on this issue and show the voters that they are taking it seriously and that they’re trying to help. If they keep that up, the 2020 election should be a piece of cake.