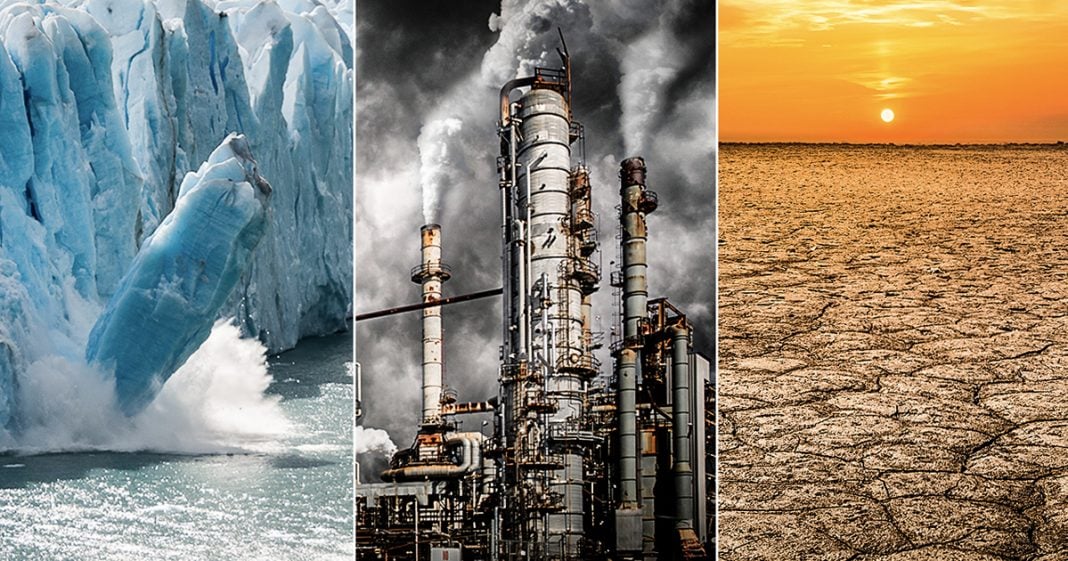 Climate disasters in the United States alone cost billions of dollars in damages, with at least 14 different disasters topping the $1 billion in cost mark. These disasters are only going to get worse as the planet continues to suffer the effects of climate change, and the costs of inaction are rapidly starting to outpace the costs of addressing this dire issue. Ring of Fire’s Farron Cousins discusses this.

According to new figures released by the National Oceanic and atmospheric administration, Noaa, this week, the United States alone had more than 14 different climate related catastrophes in 2018, each of which costs more than $1,000,000,000. 14 different disasters linked to climate change that each cost at least $1,000,000,000. In fact, those 14 disasters cost us a combined total of $91,000,000,000 just in the year 2018. It also marks the eighth year in a row where we have had at least eight weather events that have cost us more than $1,000,000,000. To put it another way, we’re spending tens of billions of dollars every year and have for the last eight years on climate change related weather disasters, and yet we’ve got a president sitting in the White House today, unless he’s golfing, telling us that climate change isn’t real. When he sees blizzard’s coming through the northeast, he says, oh, some of that good old fashioned climate change will be good right about now.

That’s what he tweeted it out when we had the polar vortex bearing down on the United States last week. He called for global warming because he doesn’t understand the difference between climate and weather, as many conservatives seem to get those two things confused, but nonetheless we have reached the point where not taking action on climate change is actually costing us more money than it would if we simply reversed course. If we simply invested in carbon reductions, invested more in renewable energy sources, invested more in upgrading our power grid to support those renewable energy sources. We have the tech, we just don’t have the investments yet to make it a reality. It wouldn’t take long at all, but instead we would rather bow down to fossil fuel interests. Have a president who tells us he’s going to bring back coal, something that United States citizens have been burning for hundreds of years as if nothing has improved in that area of energy generation.

Well, it has. It’s there. It is ready to be deployed. We just need the money to do it, but instead of spending the money on that, we’re spending $91,000,000,000 trying to clean up these climate change related weather disasters. We can not put this off any longer because it’s costing us economically and it is costing us big time. Ninety $1,000,000,000 in a single year. It’s not a small sum in by estimates considering the polar vortex that that ravaged this country in January. Yeah, we’re probably going to top $91 billion just this year. The costliest events, Hurricane Michael at 25 billion in 2018, Hurricane Florence, 24 billion, and then the California wildfires that costs us another $24 billion, so yeah, those three accounted for more than three quarters of the total, but then you also had events like massive flooding in areas just from increased rainfall. You had droughts that calls tons of economic damage, all kinds of weather related disasters, not just fires and hurricanes, but all of these massive weather anomalies that are costing us billions of dollars every year.

Storms that likely could not have happened or been as intense or severe. Same thing with the wildfires. Had we addressed the issue of climate change back when we first knew that it was coming for us, but instead we keep kicking the can down the road. We’ll do it next year. I will do it in five years, but do it in 10 years times up. We no longer have 10 years and economically speaking, we don’t have another one year. The cost of action at this point would save us more money than sitting on our hands and doing absolutely nothing. So even if you’re only looking at it from a financial perspective, there is literally no downside to investing in better technology, carbon reduction, and addressing climate change. Because if we continue to ignore it, we’re going to end up paying a hell of a lot more money and losing a lot more economic activity than making one big down payment to protect the planet.