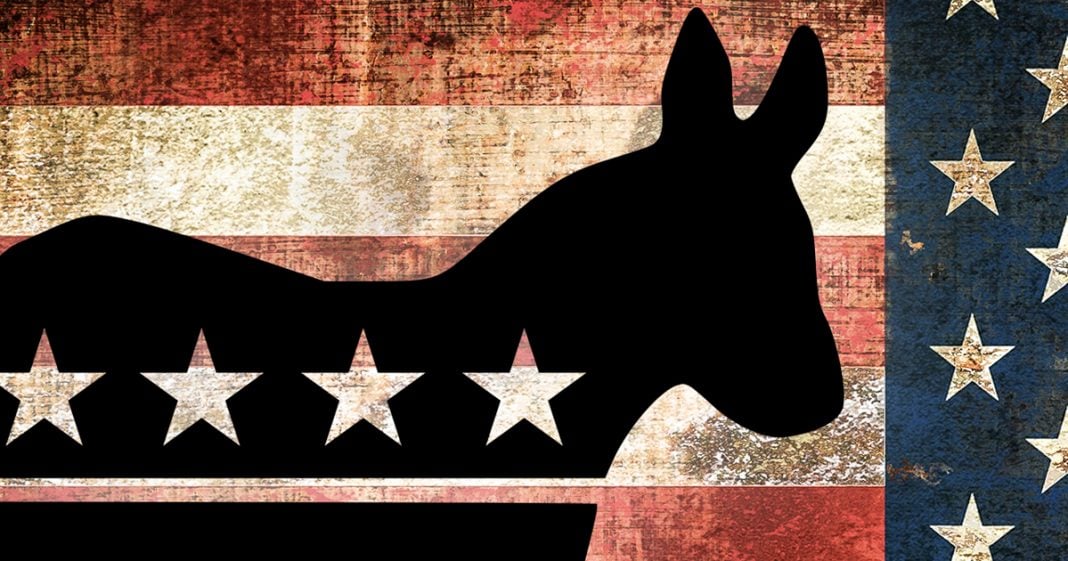 According to the results of a new Monmouth poll, a large number of Democratic voters are putting more emphasis on “electability” instead of a candidate’s stance on the issues in the 2020 Presidential election. This is folly. Voters may be saying one thing right now, but if the Democratic Party chooses to go this route instead of talking about issues, they will lose the 2020 election, no matter how “electable” their candidate is. Ring of Fire’s Farron Cousins discusses this.

A new polls come out from Monmouth University and it’s a poll. That one I don’t particularly care for. And to that I feel is incredibly misleading. Here’s what a headline from NBC News said, says, poll Dems want electable challenger. Who can beat Trump? Values? Come second. Okay. Here’s the thing though. That’s not exactly what the poll says. This is from NBC News and that’s why I don’t like this poll and that’s why I feel like it is misleading because the poll from Monmouth University asked very vague questions. Fifty six percent of potential democratic voters nationally said they preferred someone who could be a stronger candidate against Trump even if they don’t agree with the candidate and all the issues. Meanwhile, 33 percent said they would prefer someone who aligns better with their beliefs, but who might have a harder time bidding Trump. So they want to go with electability, right?

The problem is the poll didn’t define what electibility actually means and that’s why this poll is flawed. For those of us who’ve majored in political science and took political science courses for years, including courses that include research methods in political science where you learn about polling, how to tell a reliable poll and things like that. This is not a reliable poll. This is not a poll that anyone should be paying attention to, but I’m worried about it because NBC news is already talking about it. They’re spreading it to their audience. Other groups are going to pick up this poll and they’re going to repeat the same thing. That isn’t true. They’re going to be telling us, the Democrats want electability don’t care about the issues they want electability. We don’t know what it means. It means something different to every single person we polled and that’s why this poll is unreliable.

A vague poll is not reliable under the actual rules of political science, and that’s what pisses me off here. You know you have a poll like this says, electability is the most important thing. According to 56 percent of people, those 56 percent, each one of them is going to tell you electability means a different thing. You’re going to have some people telling you that electibility means they’re pushing for progressive policies that are supported by a majority of people in this country, even though on the right medicare for all $15, minimum wage, green new deal, expansion of social security, infrastructure, investment, taxing the wealthy at 70 percent. Majority of people want these things that would make somebody more electable. Or are they talking about the fact that maybe we want a centrist somebody who’s going to sit there and not make waves. They’re not going to be offensive one way or the other.

They’re not going to be too liberal. They’re going to be nice to Wall Street. They’re going to say that, oh, well we shouldn’t be intervening in other countries, but look at what they’re doing in Yemen and we’ve got a back Saudi Arabia and Venezuela is really bad and we need to go help our bodies down there as what a centrist would do and that’s what I’m worried the DNC is going to do with this poll. They’re going to look at this misinterpreted because they’re good at that and they’re going to say, you know what? Maybe maybe we should go with a Biden, maybe we should go with a Kamala Harris, you know, maybe we need to leave the warrens and the Gabby Giffords and the Bernies and all those people in the Castros ignore them. Let’s promote a real centrist because we believe there are more electable and after all, this new poll says that they’d be willing to vote for somebody just based on electibility even if they don’t agree with them on the issues, and that’s wrong.

That is so dead wrong. We thought the same thing in 2016, Hillary Clinton was the more electable, even though most of us didn’t agree with her on the issues is she lost the electoral college and therefore the presidency, yes, she got more votes than Trump won the popular vote. Unfortunately, we live in an ass backwards country where that doesn’t matter. One bit. The electibility argument is trash. These polls are garbage push for the progressive candidate pushed for the candidates who are out there supporting the policies that a majority of people left right center and everything in between. Those things that they say they want. Because at the end of the day and on election day, everyone in this country is going to vote for the person that is going to protect their own best interests. The Democrats need to make sure that they convince enough people that healthcare is a bigger issue than building a wall. That is what this election will come down to. And the only people who can craft it that way, or the Democratic Party and whoever happens to secure that nomination. And if they don’t, Donald Trump will 100 percent get another four years in office.