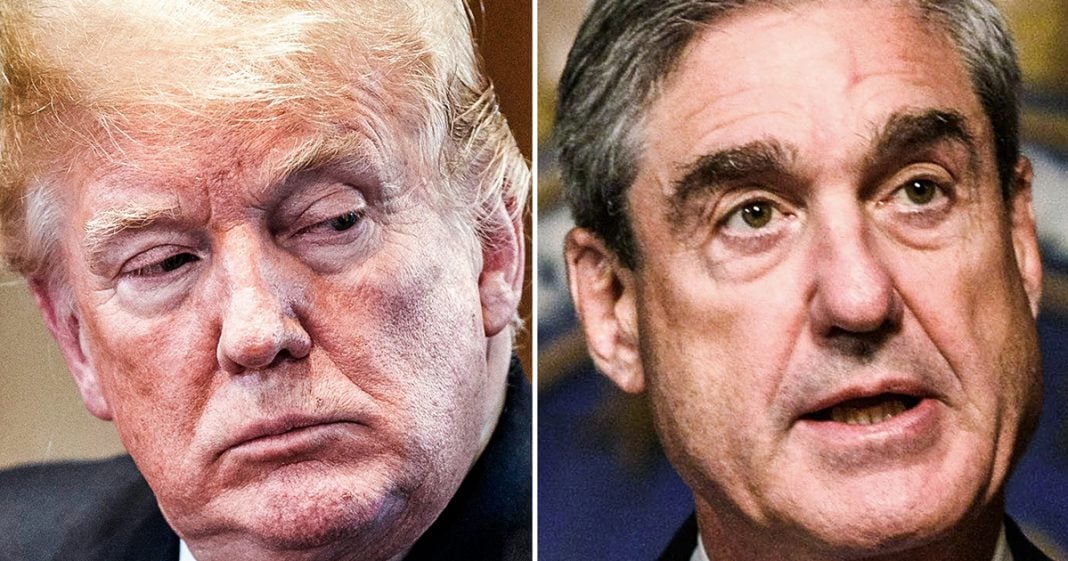 According to a new CNN poll, a majority of Americans believe that the Mueller Report, whenever it is finished, should be released for the entire public to read. This actually includes Trump supporters, who want the report released to show that it vindicates Trump. There are very good reasons why both sides don’t want Donald Trump to hide the final results, and Ring of Fire’s Farron Cousins explains what’s at stake for both sides.

For weeks now, there’s been rumors and Trump’s circles that he may not let Robert Muller’s final report be made public and the public is not too happy about that. According to a new CNN poll, 87 percent of people here in the United States want that final report to be made public. They do not want Donald Trump to hide it. They do not want him to be able to hide it. They want this final report to be made to where anybody in this country can grab a copy, sit down with a cup of coffee, and just have a good read. 80 seven percent total. That includes 80 percent of Republicans and 92 percent of Democrats. I’m surprised actually that the democratic number is not more. I can’t imagine why all democrats wouldn’t want that release, but 80 percent of Republicans is kind of shocking here and when you actually start to think about it though, it’s really not that shocking, right?

Because Republicans and Democrats both want this thing released, but they both want it released for similar yet different reasons, and the similar yet different reasons is that they all want this report to be made public so that it vindicates their side. The Democrats want everybody to be able to see this report so they can prove that Trump did bad things, that he sought a foreign interference in our elections, that he concluded with a foreign superpower and that he’s the worst person that’s ever lived. That’s what Democrats want to be able to prove on the republican side. Most of them want to be able to say, look, here is the report. No collusion. Whole thing was a witch hunt. We wasted tens of millions of dollars. Trump’s been vindicated. Everybody move on in. To be honest, both side is correct in this. Both of them are right because whatever is in that final report, whether it convicts Trumps or exonerates him, we need to know about it so that we can move on and put this behind us or take the steps necessary to remove this man from office.

If the molar report comes out and it says that Trump did nothing wrong, fantastic, we’re moving on. We’re not talking about it anymore. If it says he committed criminal acts, then we’re going out there and demanding that this man be impeached immediately and removed from office, but either way, without all of that information, if Trump does succeed in hiding this molar report, neither side is ever going to change their minds. They’re never going to change their opinions. Republicans will think he was vindicated. Democrats will believe he was a criminal and it’s only going to further divide the country. Not saying that releasing it isn’t going to divide us to, but there would be even more division if we never got to see what was in the report. This report has everything or nothing, but we won’t know that if Donald Trump attempts to hide it, and that is why everyone, the left and the right are begging this administration to let us see what’s in there to see which side was correct. This entire time.