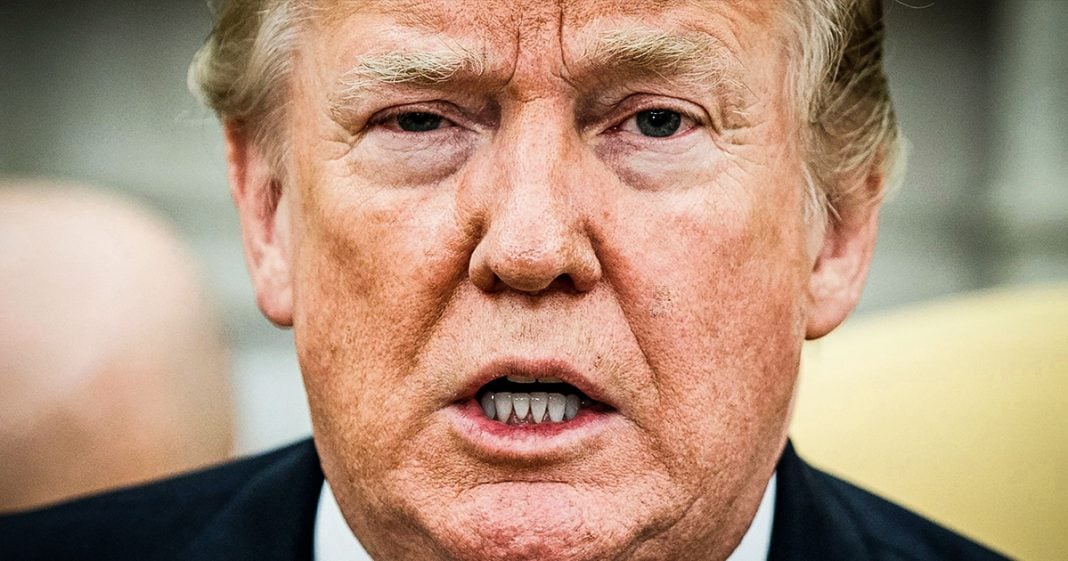 Republicans on the House Ways And Means Committee have sent a letter to the Democratic chairman of the committee begging him to stop their efforts to look at Trump’s tax returns. This act alone shows the necessity of the request for the returns, and it shows that Republicans are terrified of the kind of information that might be contained within those returns. Ring of Fire’s Farron Cousins discusses this.

Earlier this week, Democrats in charge of the house ways and means committee made it clear that they’re going to get their hands on Donald Trump’s tax returns in response to that and the votes that they took this week in order to do that, Republicans on the ways and means committee started freaking out. And in their panic, they sent a letter to a democratic ways and means chairman, uh, Richard Neal, where they essentially were begging him to stop all this, drop this crusade to obtain Donald Trump’s tax returns. Just let it go. You’re abusing your power. Don’t do this. We’re begging you. Please stop. The two Republicans who sent the letter include a representative, Kevin Brady and representative Mike Kelly, and they were pleading with the chairman to please just let this go. You don’t need to see trump’s tax returns because as they warn in the letter, this is a slippery slope. And then what’s to stop you from getting all of the public’s tax returns.

You know, Oh, think of the implications here. You’re crazy hungry with power here. And you might start subpoening Joe Smith’s tax returns. You know, somebody out in the middle of Kansas not knowing why their tax returns being requested by you, is that what you want? Chairman Neil Republicans are crazy right now and they’re crazy because they’re getting desperate. This is not a slippery slope type thing and the ways and means committee does 100 percent have the authority to request the tax return tax documentation of literally any citizen here in the United States. This isn’t something that Democrats just created. There is no abuse of power. They’re acting inside the law to do what Republicans should have been doing for the last two years and that is create a sense of accountability. That’s what this is about. The obtaining of Donald Trump’s tax returns, which may or may not happen, could help us get a clearer picture of what this man is all about and if he had nothing to hide, then he wouldn’t be hiding them. And that’s what Republicans are so scared of. What are we going to find? One of these business dealings. Where’s the foreign money? Those are all things that could be answered by the release of Donald Trump’s tax returns, and that is why Republicans are freaking out right now and begging Democrats to not follow the laws and obtain these tax returns and expose trump as the potential criminal that all of us think he might be.