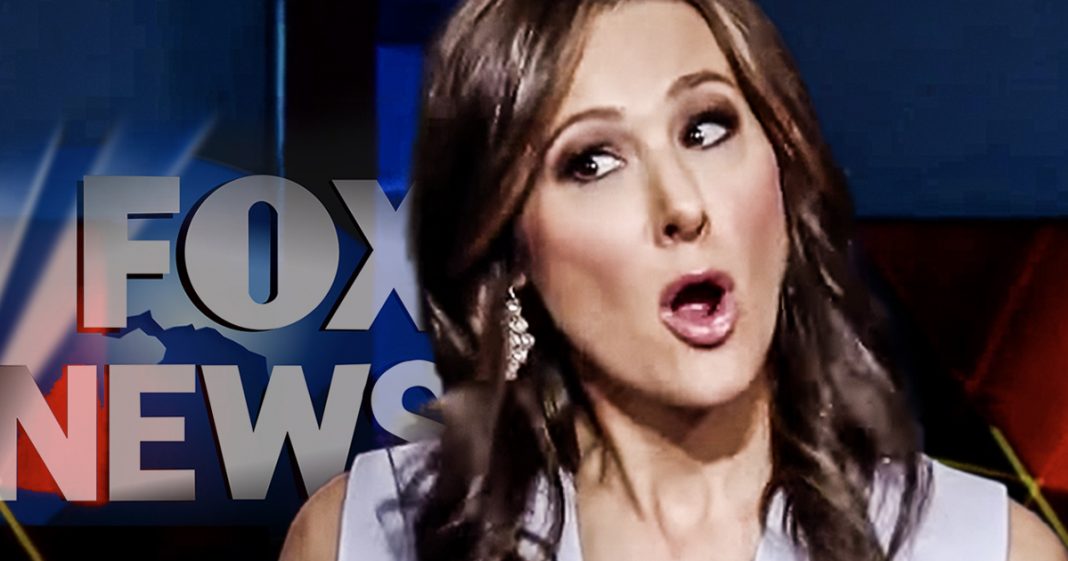 Former Fox News report Lea Gabrielle has been chosen to head up the State Department’s anti propaganda office, and coming from Fox News, Gabrielle should know a lot about propaganda. But the bigger question is how will her bias from her former employer influence her job? Ring of Fire’s Farron Cousins discusses what this move means.

On Thursday, the State Department announced that they had finally chosen someone to head up their anti propaganda division. Unfortunately, they picked someone from Fox News and that person is now going to be in charge of the anti propaganda efforts on behalf of the US government, which is really ironic considering the fact that Fox News is essentially propaganda for the US government at least when we have a republican president, but now one of their own gets to head up this division. The woman’s name is Lea Gabriellele. Uh, they had floated her name many months ago. We discussed it at the time, and to be honest, in terms of picking people from Fox News, they could have done much worse than picking Ms. Gabrielle. Uh, she spent a lot of time in the military. She did work on intelligence issues. So while she was in the military, she was a fighter pilot. She got a pretty impressive resume.

And then at Fox News, she actually worked with Shepard Smith. She worked on his show and Shepard Smith, as we all know, is one of the few people on Fox who is not afraid to call out this administration and to go against the entire networks narrative when he needs to, uh, in fact, Ms Gabrielle herself on that program had criticized Donald Trump for his incredibly stupid idea and wasteful idea to hold that military parade in Washington DC. So again, they could have picked somebody much worse from the network to head up the anti propaganda now a division. But nonetheless, they did pick somebody from Fox News who’s now going to be in charge of combating a propaganda here in the United States. But here’s the real kicker here. This is not just a story about the third Fox News employee going to work for this administration. Ms Dot Gabrielle follows in the footsteps of Heather noward and bill shine.

It’s not just about the incestuous relationship between this administration and Fox News. What it’s really about is why in the hell do we even have to have this anti propaganda department in the first place? And of course, immediately everybody says, well, because of all the Russian disinformation, the 2016 election and all of that good stuff, right? I get that, I understand it. We know what happened, sure, but here’s the thing, do we really need to be spending tens of millions of dollars every single year to combat another country spending a few thousand dollars on facebook and twitter ads? Understand please that that is what this is about. They spent about $100,000, I think it was promoting fake stories and memes on facebook and our responses to spend $40, million dollars, which is how much this department is allocated right now. $40,000,000 to combat $100,000 worth of facebook ads. Somebody please explain to me how that makes any sense whatsoever because here’s the thing.

We could take that $40 million dollars and fight fake news in a different way. And here’s how. About a year ago this administration decided that we would not adopt the same standards that other countries were adopting that would essentially teach high school students how to identify fake news on the Internet. We didn’t want to do that. We didn’t want to teach our children and hell a lot of adults too, to be honest. How do identify fake news to make them better people and to not fall for these online scams, these sensationalized stories that have no basis in reality, we could have spent that money on that instead of having this anti propaganda division as if we’re living in the novel 1984, but no, we opted out of that. Instead of choosing education, we’re choosing belligerence yeah. We know that they bought those facebook ads and that they wanted to influence the election and get people anti Hillary Clinton because of their memes and articles that had no basis.

In reality, we know that happened. I’m not denying it and yeah, that was an issue. However, if people in this country, we’re just a tick smarter, none of that would’ve battered. It wouldn’t have made any difference whatsoever, and that’s the problem we have to focus on because of another country is able to come in and spend $100,000 on facebook ads and completely swing an election and changed the course of the United States forever. Then we kind of deserve it, right? If we’re too stupid to identify fake news and $100,000 can swing a presidential election. Yeah, I hate to say it, but we kind of deserve it at that point. We need to focus more on education. We can’t just fire or sensor all of these fake news sites. You know, we can’t stifle the free speech of these people, but what we could do is do a better job educating the public on how to identify what’s real and what’s not and that would eliminate the problem without stepping on anybody’s constitutional rights and without wasting $40,000,000 to have a former Fox news host tell us what’s propaganda and what isn’t.