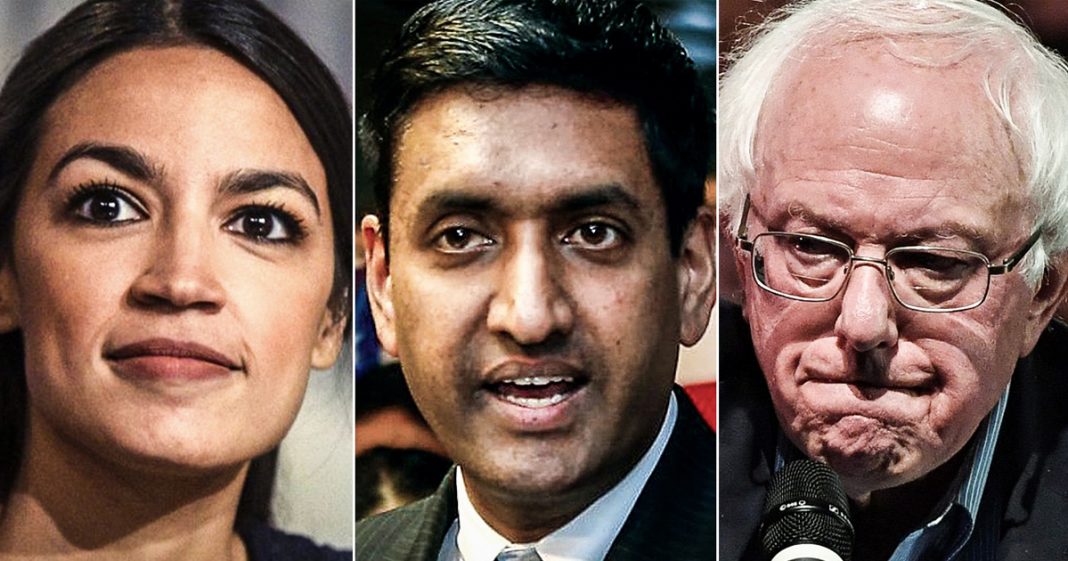 Congressman Ro Khanna tweeted a question this week, asking his followers what they believed was the most important issue for the 2020 President election. Green New Deal and Medicare For All were at the top, but Ring of Fire’s Farron Cousins sees things a little differently – While those issues are of dire importance, they can’t be solved until we get money out of politics.

So yesterday, congressman Ro Khanna tweeted out a question asking people on twitter what they felt the most important issue for 20 slash 20 would be a, here’s the exact week since the 20 slash 20 primary should be a debate on the issues were Democrats layout a bold vision for the future. Here’s my question for the voters. What’s one policy that you would consider the most important for 20 slash 20. Now I saw this tweet, I liked it and he’s 100 percent right? This needs to be a debate about issues and each candidate needs to state clearly what they believe in. But thinking about the most important issue, obviously the first two things that popped into my mind. The same two things that popped into most commenters mind on. This was green, new deal and medicare for all. And I guess when you’re trying to choose between those two, the question is when, when do you want to die?

Because both of those are problems that are going to get people killed if we don’t address them. If we do not get people healthcare here in the United States, they’re going to die and they’re going to die immediately. If we continue to put off action with the green new deal, people will die each year, but we’re gonna. See those deaths increase as the years go on. So do we address the immediate issue of the most people dying of Medicare for all? Or do we address the gradually inclining number of people dying from climate change and pollution? The answer I came to is neither. We can’t actually do either one of those things right now and you know why? Because we still have corporate money flowing to enough politicians in Washington DC that prevents us from being able to do any of these bold progressive initiatives that we need to do in order to save this country.

So for me and I, I tweeted this out as a response. We can’t do anything until we get money out of politics and that is a Herculean task, but just like Medicare for all and a green new deal, it is a task that has broad bipartisan support among the voters. Republican voters want money out of politics, Democrats do independence, do Libertarians do. Everybody wants money out of politics, and here’s the thing, as long as fossil fuel money keeps flowing, a green new deal either won’t happen or you’re going to get these fossil fuel funded politicians to come in, water it down and make it virtually meaningless. Same thing with Medicare for all, as long as drug companies are spending $280,000,000 a year on lobbying efforts, which is how much they spent in 2018, in addition to donating $42, million in direct campaign donations to politicians across the country.

As long as that money is still flows, we’re not going to get a medicare for all that actually solves the problem. Oh, will likely get a medicare for all in some form. Kind of like the affordable care act, but we’re not going to have drug price controls were not going to have, you know, hospital pricing controls, which is going to make the whole thing meaningless and not actually solve the problem. Yeah. People will have health insurance, but they still can’t afford to use it. So if we don’t get that corporate money out, neither of these issues are ever going to be solved. It’s the same thing with gun violence. It’s the same thing with every issue facing American citizens. There are plenty of politicians who have come up with plans, come up with solutions, put out outlines, saying how we can fix all these problems and what kills them every time.

No matter what the issue is, is corporate money. A corporate funded politicians steps forward. It says, no, we can’t do this. No, it’s going to hurt my donors. No, we’re not going to do it. Wall Street, you know, financial reform, a debt free college, all of it, all of it stalls and sputters because of corporate funded politicians. So here’s my proposal. You get rid of all political money. Every individual human being is able to make a $200 maximum contribution to a single politician in any election cycle that spans two years. So you can give basically $100 per year to a politician. Now you can give 100 of this one, 100 of this one, 100 of that one. And so on and so forth, but you cannot give more than 200 over two years to anyone politician. It doesn’t matter if you’re a gas station attendant or if you’re a billionaire CEO.

You can’t give more than $200. Abolish superpacs 100 percent. Corporations can no longer write checks to politicians. You can’t throw events, you can’t have fundraisers. All of that goes by the wayside and we go back to a grassroots funding with the $200 cap. Other than that, we go to public funding of elections, which means broadcast stations will have to donate the time equally to candidates to air their ads. That is donated time. The federal government can compensate them for that through this public funding of elections, but that ensures that both candidates have equal time and equal reach. That’s how we do that. We fund them publicly and through these grassroots $200 Max donations, and that’s it. And Trust me, once we get the money out of politics, once corporations no longer have a say in what legislation passes or doesn’t watch how fast medicare for all happens. A strong, good, meaningful medicare for all. Same thing with the green new deal. Same thing with gun control. Same thing with finance reform. We will see all of these things immediately start falling into place in a meaningful fashion once we get the money out, but until we get that money out of politics, any of those initiatives are going to be watered down or outright destroyed by the industries who do not want to see this country move forward. That to me is the most important issue for 20 slash 20.