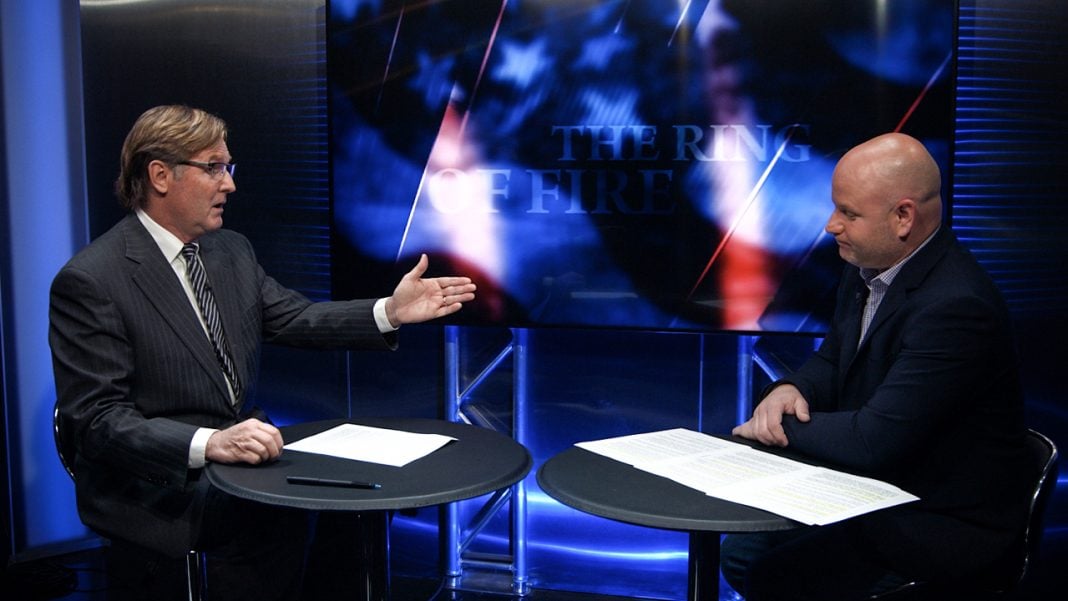 The 2020 Presidential race is already under way, but rather than repeating the mistakes of 2016, most Democrats seem to understand that they have to run on issues. And the issue at the top of the list are healthcare and prescription drug prices. But will Big Pharma try to flood the campaign with their ill-gotten cash in order to prevent a progressive from taking the White House? Ring of Fire’s Mike Papantonio and Farron Cousins analyze the possibilities.

Mike Papantonio:             The 2020 presidential race is already underway, but rather than repeating the mistake of 2016, most Democrats hopefully understand that they actually have to run on issues. That it can’t be, we hate Trump and they’re not going to win on we hate Trump. So they understand, they gotta have some issues and the, the issues that’s emerging, one of the important is, is the health care and prescription drug prices. Great. Now you remember the history on this. The last time the Democrats had a chance to do something and actually make it to where the drug companies had to set reasonable prices. Cory Booker, is he still running for president, is going to run for president?

Mike Papantonio:             Cory Booker is the guy that stopped all of it. He said, no, we can’t make these poor companies, we can’t put them at the mercy of having to negotiate the price of drugs. Yeah, I get it. There’s 20,000 percent markup on some of these drugs, this is Cory Booker. But we can’t let these poor people have to negotiate a price of drug to where our price in America is the same as it is in Canada or Mexico or anywhere in the country.

Farron Cousins:                  Right, right. But, you know, he’s in New Jersey and they’ve got a lot of actual drug companies in New Jersey and he understands where his bread is buttered and doesn’t want to make them mad. But those days, those days are coming to an end because with the public outcry, which is a bipartisan outcry left, right center, everything in between. Everybody is telling our elected officials, drugs are too high. I can’t afford my drugs. The drug companies at the start of January of this year, jacked all their prices up for no other reason than because they can.

Mike Papantonio:             Wait a second. Even worse than that, those were the generic companies.

Mike Papantonio:             You understand, these are companies that were, the product had been on the market for 10 years. There was no reason for it. One day it’s selling for fifty cents and the next day it’s selling for $4. And so what ends up happening is the, there’s, it’s not like you can blame that and research and, oh that’s history. This is just, we want to make more money and we’re going to get away with it as long as we can get away with it. You know, I was taking a deposition one time in Amsterdam. It was against, I think it was Bayer.

Farron Cousins:                  And that’s why, look, right now we’ve got what, one, two, three, four, five, six different pieces of legislation, House and Senate, some House Senate combined, that are doing what they can to lower prescription drug prices. You know, make a public option for generic drugs. That’s my least favorite. That is very weak. Needed, but weak, you know. Let Medicare negotiate drug prices. Well that should have been happening 50 years ago. Pay what they do abroad. That’s one of my favorites. This is the one Bernie Sanders and Ro Khanna basically telling…

Farron Cousins:                  They are great. But it’s telling pharmaceutical companies basically because you can, now they’re going to say, now you can’t. So if you want to charge us $12, then you better be charging every other country in the world $12 and let’s see if that works out for you in a sales perspective.

Mike Papantonio:             I mean, isn’t that just, like there’s, there’s no reason whatsoever. There’s no reason. They just say because we can. Because we got Cory Booker. Because we’ve got these nothing candidates running for president who don’t have the guts that people like Merkley or, Ro Khanna, or, or Sanders have.