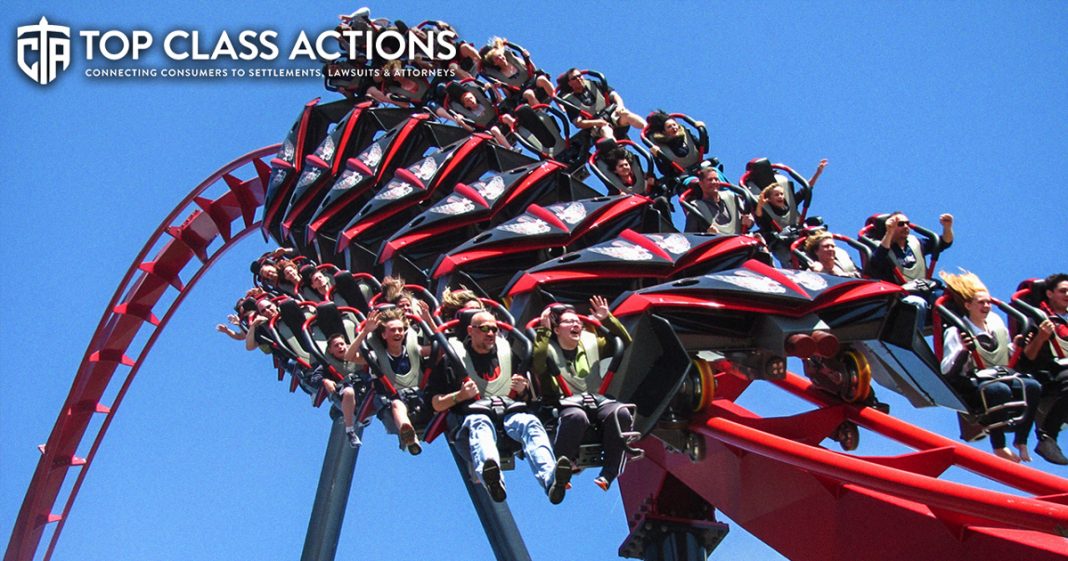 On Friday, the Illinois Supreme Court decided that Six Flags indeed violated the state’s biometric privacy laws by obtaining fingerprints from visitors without collecting legally-required permission. This ruling may have a far-reaching effect as more than 200 similar class actions are pending in Illinois state courts. Ring of Fire’s Farron Cousins discusses this with Scott Hardy from Top Class Actions.

Farron Cousins:                  Recently, the Supreme Court in the state of Illinois has allowed a lawsuit to go forward against Six Flags for allegedly violating state biometric laws by collecting the fingerprints of people who come into their parks. Joining me now to talk about this issue is Scott Hardy from topclassactions.com. Scott, thank you for being with me today.

Farron Cousins:                  So this Six Flags, they, they’ve clearly, according to this lawsuit, violated the state biometrics law, state Supreme Court up in Illinois says, yes, this case is going to proceed. Tell us exactly, like what, what’s the issue here? What has Six Flags been doing collecting our fingerprints?

Scott Hardy:                          Well, it’s interesting because in this lawsuit you have Six Flags who are saying, listen, you know, yes, we’re, we’re collecting fingerprints were doing it for annual passes and that kind of thing. But, you know, the damages weren’t actually, there were no financial damages to the, to the alleged victims. And so that’s what they’re really fighting on this lawsuit of saying the class action is baseless because there are no damages because that person never suffered any financial harm.

But what’s important about this ruling is that the Illinois Supreme Court actually said, well, we have a number of other cases where even though there were no upfront financial damages for the plaintiffs, they were still awarded a financial award because the defendant did something allegedly illegal and there were more than 200 cases that this ruling affects in Illinois.

And so that’s what, that’s what Six Flags is worried about right now is because now they very may well, they may very well have to actually settle this class action. And those 200 plus other lawsuits that are pending got a huge boost by the Illinois Supreme Court in getting class actions paid out to consumers who were affected even though they didn’t actually suffer any financial damages upfront, at least even, you know, so.

Farron Cousins:                  So I’ve, I’ve never been to a Six Flags amusement park. I’ve been to Disney World, we’ve gone with the family. And, and when you go down there, you know, you get your little pass, either your wristband or your card, you have to scan it at this little thing. And then put your finger on this little scanner to make sure they match up, that you’re not giving someone else your id card or whatever it is to get into the park. Is that basically how Six Flags operate? Is that how they get the fingerprints of their guests?

Scott Hardy:                          Exactly. And you know they were storing them and then as you said, they’re matching them to make sure that there’s no potential fraud. And so it’ll be really curious to see how this one plays out because it appears that they were violating Illinois state law. And so the class action itself is valid and now that the Supreme Court has said not only is, did you guys violate the law, now we actually can look at damages that were potential damages that could be awarded to the plaintiffs in this. Now we should see this one actually settled pretty quickly because once you go past the Supreme Court, you’re pretty much stuck.

Farron Cousins:                  What’s interesting to me though is the fact that Six Flags comes out and says, okay, yeah, we broke the law, but really did anybody get harmed by this? I mean, come on. You know, what’s a little law breaking between friends when nobody gets hurt? I’m sorry, just not really the best defense here, but to me, and I know it’s going to be dependent upon state law whether or not they have any kind of biometrics laws on the books, but this seems like this could end up being something that might end up spreading to other states assuming they have those same kinds of laws in place. And I know we have to take it one step at a time. We’re still dealing with Illinois, but potentially, if this is successful, again, based on state law, is this something we could see pop up in, in other areas with other amusement parks throughout this country?

Farron Cousins:                  If you need more information on this issue, you can follow the link in the description of this video. It’ll take you to topclassactions.com, where you can find out all about this ongoing case in Illinois and while you’re there, make sure you sign up for their newsletter. It is one of the best tools that consumers can use to protect themselves and stay on top of the issues. Scott Hardy topclassactions.com. Thank you very much for talking with us.