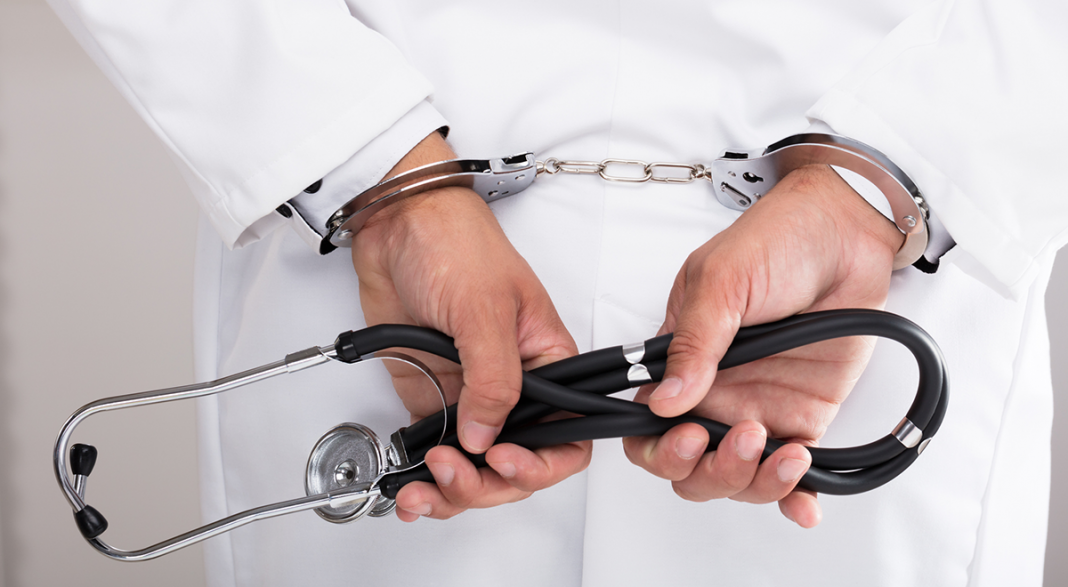 The biggest problem with America’s dysfunctional, profit-driven health care “system” is the tragedy of those who are bankrupted or allowed to die for no other reason than an inability to afford medical care when they need it. The second biggest problem is the fact that it attracts the most predatory psychopaths who do not think twice about cheating desperate people out of millions of dollars.

Case in point is Stephen J. Dorfman, formerly the CEO of Simple Health Plans, LLC. Up until the current year’s Open Enrollment period opened, Dorfman’s company was making him fabulously wealthy, collecting premiums from those who had recently become unemployed or had slipped through the cracks of the Affordable Care Act and could not afford coverage.

According to a press release from the Federal Trade Commission (FTC), Dorfman stands accused of conning people into paying up to $500 a month for what they had been led to believe was “comprehensive health insurance that would cover preexisting medical conditions, prescription drugs, primary and specialty care treatment, inpatient and emergency hospital care, surgical procedures, and medical and laboratory testing.” Instead, what they got was membership in a garbage “medical discount program” that provided nothing of value.

It provided great value to Dorfman, however. As CEO of a fabulously profitable company, he was able to enjoy a new Lamborghini and a Rolls Royce, spent $300,000 on a wedding at the exclusive St. Regis Bal Harbour Resort in Miami Beach, and showered his bride with $1 million in jewelry. The wedding was over six years ago. However, the cars, the jewelry, and his other assets are now under control of the federal government, pending the outcome of a lawsuit filed against Dorfman by the FTC.

In an ironic twist, Dorfman petitioned a federal judge in December to release his assets because he and his spouse cannot pay their own health insurance premiums. Of course, the Dorfmans didn’t rely on Simple Health Plans for their own coverage. They are insured under FloridaBlue’s BlueOptions Platinum 1418, the Sunshine State’s deluxe, top-of-the-line insurance under the ACA (average monthly cost for a healthy 35-year-old male: approximately $1,112 per month).

Oh – and Dorfman is also concerned about losing his 2012 Lamborghini Aventador, which he has been leasing at over $6000 a month for the past several years – currently valued at between $240,000 and $300,000. According to an article in the South Florida Sun Sentinel, court-appointed receiver Michael Goldberg has asked the judge presiding over the case for approval to cancel the lease and return the vehicle to the dealer, citing “costs of storage…[which are] significant and a drain on the receivership estate.”

Simple Health Plans LLC has been temporarily closed down under a restraining order. However, 37,000 of its victims are still on the hook until a judge decides to put the operation out of business altogether. At the same time, one of the company’s affiliates and plan administrators, Health Insurance Innovations, has been under investigation and recently entered into a $3.4 million settlement. Under the terms of that settlement, they must make certain that customers know exactly what they are purchasing and train employees on compliance with insurance regulations.

Sadly, Simple Health Plans LLC is only one example of the endless, predatory scams perpetrated by psychopathic individuals who see the opportunity to profit from desperate people subject to what is the worst health care system in the industrialized world. That is not to mention the many scams that have been pulled on federal and state health care programs (such as Medicare and Medicaid) by private health care companies and insurers. A publicly-funded “Medicare For All,” single-payer system would finally put these predators out of business.

Meanwhile, Stephen J. Dorfman, who claims his living expenses run $15,000 per month and says he needs $200,000 to cover his legal fees, is unlikely to get much sympathy from his alleged victims – regardless of the outcome of the FTC lawsuit.