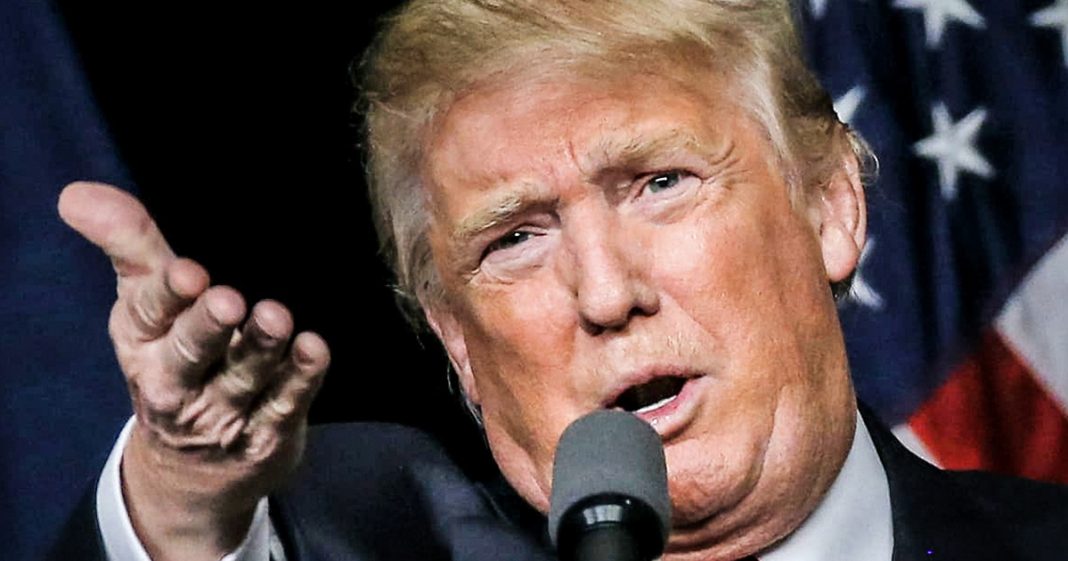 Donald Trump says that he is getting his border wall, one way or the other, and the latest idea that’s popped into his otherwise empty head is to have a “human wall” along our southern border made up of members of the military. Military servicepeople need to understand that they are being used as political props by the President of the United States, and he’s willing to leave them standing at the border around the clock just to appease Ann Coulter. Ring of Fire’s Farron Cousins discusses this.

On Tuesday, long before he gave his State of the Union address, Donald Trump was on twitter as usual, telling us about the next evolution of the border wall. Now, if you’ll remember, it originally started out, this whole thing was going to be a concrete wall all the way across the border, ocean to Gulf, and then it was now it’s going to be see-through at some parts, and then it was, no, it’s going to be steel slats and now it’s back to being a wall, but now actually it’s evolved. This is going to be according to Donald Trump’s latest tweet, a moving wall, you know, it can go forward, backwards, side to side, whatever needs to do, but I’m not talking about like an automated thing when you walk into the grocery store and the doors open. Donald Trump has now suggested that we’re going to build a human wall, a wall on the southern border built out of humans.

Now, I don’t mean something like the catacombs where he just takes, you know, people skeletons and builds a wall. That would be creepy, but I wouldn’t put it past him, but this is what Trump said in a tweet. He said, tremendous numbers of people are coming up through Mexico in the hopes of flooding our southern border. We have sent additional military. We will build a human wall if necessary, and human wall is capitalized. If we had a real wall, this would be a nonevent, so his human wall is going to be made up of members of the military. Now, just a couple of days ago, the Pentagon announced they were going to send roughly 3,750 additional US troops down to our southern border bringing the grand total to 4,350 American troops just sitting along our southern border with nothing better to do and that’s going to be the human wall.

Those are the people who, I guess I don’t know, maybe they’re all going to line up on the border, link arms and do a big, giant, horrible racist game of Red Rover, but this is one of the dumbest things and one of the biggest wastes of our military that I think I’ve seen in my entire, so I can’t say lifetime because we can’t forget about Iraq and Afghanistan, but at least during the Trump administration, because here’s what’s happening. He is using members of the military as political props as he did prior to the midterms. He’s doing it again. These men and women did not sign up for this. They wanted to protect the United States, not go sit down there on the border playing babysitter for caravans that don’t even actually exist. We’re having fewer people come through our border these days, and yet Donald Trump insists that it is still a crisis and he is willing to waste millions of dollars, vital military personnel just as a show of power, a show of strength, and more importantly, a show of arrogance that he refuses to give up on his border wall. Because God forbid he makes Ann Coulter unhappy because let’s not forget that that’s what this is about. He was ready to cave on the border wall and not shut down the government back in December until Ann Coulter started being mean to him. So I hope that these 4,000, $350 military members down there on our southern border understand why they’re there. They’re not there because there’s a crisis. They’re there because Donald Trump doesn’t want to piss off and coulter.