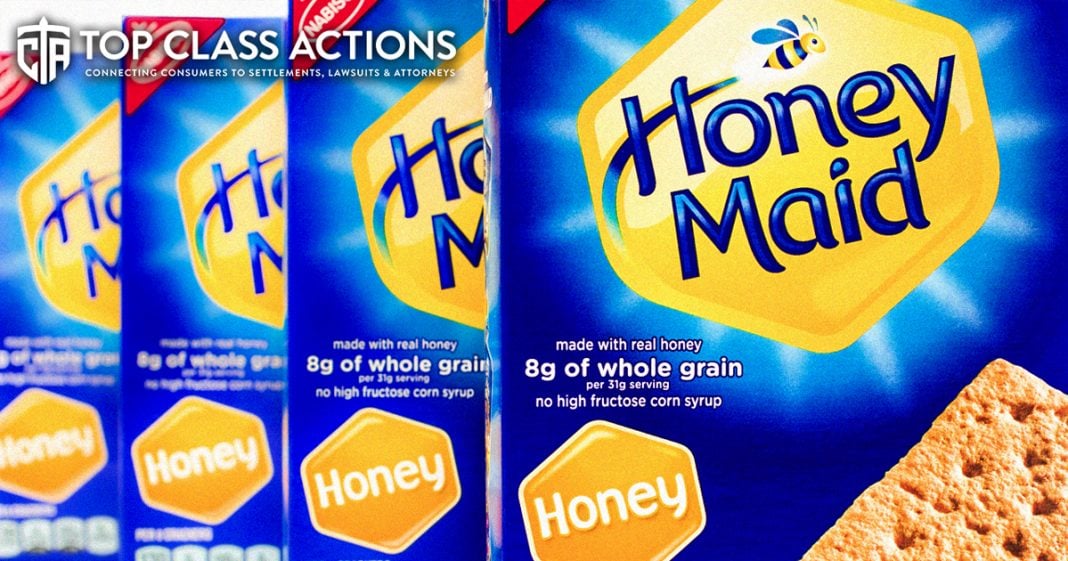 Honey Maid graham crackers have come under fire in a recent class action lawsuit alleging that the products’ main ingredient is white flour instead of graham flour. According to the Honey Maid class action, consumers are increasingly aware of the type of flours used in their products. These customers are reportedly looking for whole grain flour, which uses the whole wheat grain, over refined white flour due to the added health benefits. Ring of Fire’s Farron Cousins discusses this with Scott Hardy from Top Class Actions.

Farron Cousins:                  Food manufacturers here in the United States have been doing a great job over the last few years of trying to mask what is actually in their products. Luckily consumers here in the United States have been paying attention. They’d been reading labels and they’ve been finding out left and right, that not everything that these food companies are marketing their food as having or not having his true. Joining me now to talk about the latest instance of this is Scott Hardy from topclassactions.com.

So Scott, you and I have done a lot of segments over the last few months talking about, you know, food products. You know, they’re labeled as containing this, but turns out it’s actually this. They say they don’t have this, but wow, they’re packed full of it. And here we have another one and these are issues that consumers need to be aware of. They love hearing these stories because they want to be able to take better care of themselves. So layout this issue with the Honey Maid Graham Crackers.

And so this class action is stating that Honey Maid is doing this to save money and intentionally deceive customers so they can charge possibly a premium for, you know, for these honey graham crackers. But consumers are getting duped because they think it contains graham flour. They think it contains more whole wheat flour when in fact it’s just all refined white flour, which really doesn’t have any health benefits at all.

Farron Cousins:                  Right. I mean, you know, refined white flour is essentially flower that’s had everything stripped out of it. You know, typically it is bleached, which also makes it almost impossible for yeast to grow. So just there’s a little life hack for you if you’re watching this, don’t ever use bleached flour to try to make any kind of yeast doughs or breads, but nonetheless, there’s no nutritional benefit to it other than being a filler and consumers do have other options out there.

There are crackers available that are made with this graham whole wheat flour and not this refined over processed white flour. And that’s what’s always at the heart of these issues. Consumers would have made a different choice had they known what was actually happening. Now, most people probably would have said, okay, well it’s made with white flour instead of graham flour. I don’t care about that because I just liked the taste of these graham crackers and that’s fine.

There’s nothing wrong with that. But for those people who said, oh, this is obviously a healthier option because of how it’s advertised, because what that label is screaming at me, so I’m going to choose this product over product B or C. Those are the people that were duped. Those are the people who say, hey, could you please Honey Maid be more honest with what your claiming on your labels here, or at least be more clear that this is white flour and not whole wheat flour.

Whole wheat flour also has a better chance of containing more gluten. So if you have a gluten sensitivity, celiac disease, that could affect you in a different way. I know that’s not part of this lawsuit, but that is something consumers do make decisions on these days too. So there’s lots of different things at play here with this suit.

Scott Hardy:                          Right. Yeah. It’s when we take a look at all of the other graham cracker manufacturers, if you’re trying to get that whole wheat, that actual whole grain flour in your food, you might want to switch to more of a smaller producer or one that’s more organic because those are the manufacturers that you noted are using whole grain or graham flour in the crackers themselves. So you have a better idea of what’s actually in the food you’re going to eat and the food that you’re going to be giving to your kids and there is a better chance of it actually being healthier for them.

Farron Cousins:                  Right, and something that if you’re going to eat it, you’re going to get some vitamins instead of just, oh, here’s a white flour cracker that’s going to act as nothing more than a filler. You know, give me some carbs and I finish out the day. People want to be healthier. I mean, we understand that as a society, as a planet at this point. You know, we want to eat a little better. We want to make the small changes where we can and to be honest, when you look around this country, especially one of the smallest changes that people have made is I’m going to go for the white flour to the whole grain flour.

You know, that may seem small, it may seem inconsequential, but the prevalence of whole wheat products over the last few years has skyrocketed because people are trying to make that healthier choice, you know, substitute something that’s not healthy for something that’s slightly better for them. And to me, that really gets to the heart of this issue too. You know, we are, we may not always be perfect with it. I’m sure as heck not. But in in small doses and small cases, we are trying to make better decisions for ourselves and at that point it’s up to the companies to be completely honest with us with what is in their products so that we can continue trying to make those healthier decisions here.

Scott Hardy:                          Absolutely, and as long as they start calling these things out on the boxes and making it more prevalent and not helping, hoping that the end consumer just assumes that they’re getting a, a healthy option will be in a much better place. And just like you, my doctor has said you eat more whole grains, make sure that you’re doing more whole wheat and, and making healthier decisions. And I always thought that these graham crackers actually would be a pretty good decision and a good decision for a snack. When it turns out that it’s just the, the bleached white flour, I might not be doing anything except having a nice little bit of sugar to tide over my day.

Farron Cousins:                  Yeah. If you want more information about this issue, you can follow the link in the description of this video to topclassaction.com and make sure you sign up for their newsletter to keep up to date on all of this important information that consumers need to be aware of. Scott Hardy, thank you very much for telling us this story today.