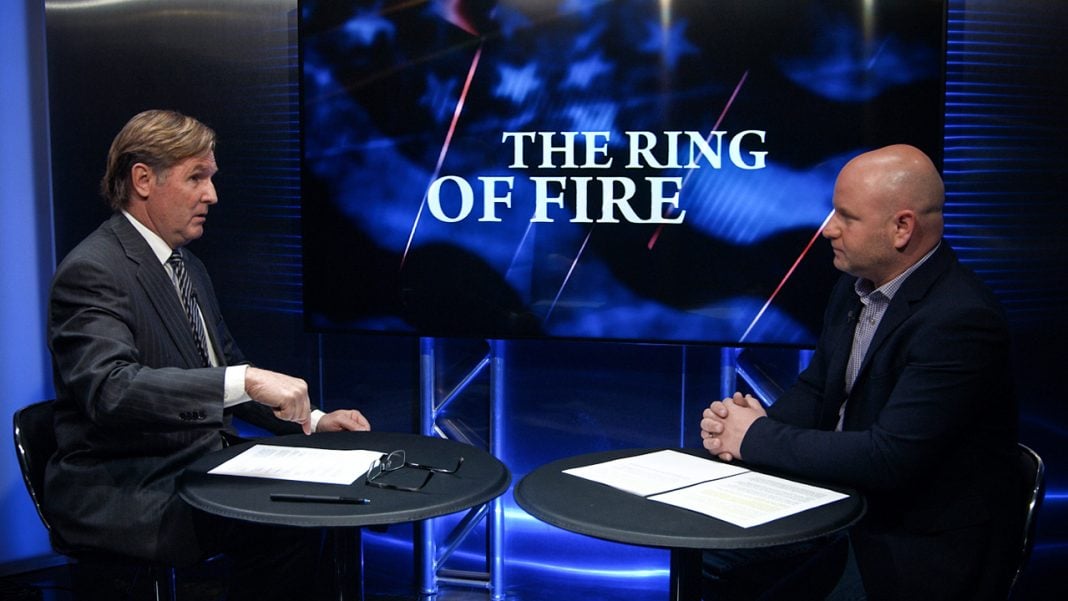 CEOs and corporate executives are in a full on panic right now as their supply of cheap immigrant labor continues to dry up. These companies should have realized what they were getting into when they started buying up politicians. They never thought Trump would actually follow through with his campaign promises, and now that he’s being forced to, big business leaders are freaking out. Ring of Fire’s Mike Papantonio and Farron Cousins discuss this issue.

Mike Papantonio:             CEOs and corporate executives are in a full on panic right now is they supply cheap immigrant labor, continues to dry up. They can’t find anymore. These companies should have realized what they’re getting into when they started buying up politicians. Now this is, this is your story. I, I love this story.

Farron Cousins:                  I do, I love it too because you know you got last week, the business round table, they come together. Jamie Dimon’s the leader of it from JP Morgan and they put out a report and they said, oh, you know, things are good in one way. We’ve got fewer regulations. You know, we’ve basically, we’ve paid off the right people. And then buried in this report, this tiny little paragraph, they say, we do have a problem though, if this wall goes up, that’s a lot of labor.

That, that’s our backbone basically is what they’re telling us that all this crackdown on immigrants, well those are the people we like to pay $4 an hour to go out into the fields and pick our, our crops and our fruits. Those are the people who we employ in our lawn maintenance businesses. We can’t get rid of them because then our businesses start to go under. So they are panicked.

They were fine when they thought it was just a talking point, the wall, it was a talking point, but now that they think it’s going to happen, they are panicking because they understand that their businesses cannot survive if they can’t exploit migrant labor.

Mike Papantonio:             Well, I don’t see Jamie Dimon as, I mean, you know, Jamie Dimon of course is the hustler who stole trillions of dollars from the American public.

Mike Papantonio:             I mean, but he’s their, he’s, this is JP Morgan Chase talking head and he’s supposed to be credible. Now, among business people, he is credible. It’s like the Koch brothers. I mean, now the Koch brothers coming in and their, their position is we need to let more, you know, we need to let more people in because we can’t get cheap labor. Gee whiz, we can’t pay people minimum wages and we, we can’t even give them a livable wage, and so those are the people we want coming in.

And while that’s happening, by the way, Americans that really need a job, the people were getting really massacred on this obviously is African Americans and they know it, and they’re, to me being way, way too silent about it because look, if you think Jamie Dimon cares about those people. He’s talking about, here’s what I found interesting about this, he’s finding about, he’s complaining about research and development has been put on hold because of we’re not letting enough immigrants in that do that, and I agree with that.

You know, there’s certainly something to that. What people, and this was totally missed in the story. Again, this Alternet, but they did a nice job with the story, but they missed the point that that’s how these companies stay alive. Taxpayers pay for research and development at universities and then the company, like a pharmaceutical company, they develop a drug that’ll cure heart disease.

The company then, after taxpayers pay for all that, Merck or Pfizer comes in and they buy that, they pay a little bit of money at the university and the university settles for, you know, some kind of funding for a chair, you know, or build more on the football team and we’re going to give it to you. It’s, it’s the biggest scam in the world. And then they say, well, when the product comes on the market, it’s research and development that’s so expensive. No, taxpayers paid for the research and development.

Farron Cousins:                  And a lot of times too, they do bring in foreign doctors and scientists. They come over here, they work on these projects, they work at universities and so they are worried about that, but they really don’t like the thought of not having the cheap labor. And what’s interesting about this, when I saw this story that was, that was the first thing that clicked for me because you and I had talked and I believe it was, ’06.

2006 Bush administration was about to crack down on immigration again and so who came to the rescue, was the US Chamber of Commerce and Donahue running the Chamber of Commerce and they, they backed the books, Bush administration down off their immigration crackdown for the same reason. They said, listen, we, we fund your campaigns, we fund your, your friends. We fund both sides here. You cannot take this away because all of our businesses here, we have to have that Labor. And they’ve been doing it and it’s horrible because they’re exploiting people.

Mike Papantonio:             You understand, these are the same people who also export jobs all over the country. In other words manufacturing, let’s use it, leave it to India, China, let’s go where we can get a child that’s eight years old that has small fingers and they can do this work and we can pay him fifty cents a day. So this is, that’s the same people, this, this alliance, this Chamber of Commerce Alliance.

Mike Papantonio:             It’s the same people. That’s who Jamie Dimon represents. And if you have any, if you have any suspicion that there’s anything noble about Jamie Dimon, go back and look at the last big burn down and you’ll see he helped lead it. He is the one that misrepresented the truth to thousands, millions of Americans about what was happening in the market with the bubble.

He lied about it. Just pure out lied in front of Congress, lied to the American public. This is the guy who’s trying to get the high ground and say, oh, you know, you got to let these folks in this. This is, this is not a sympathy plea at all.