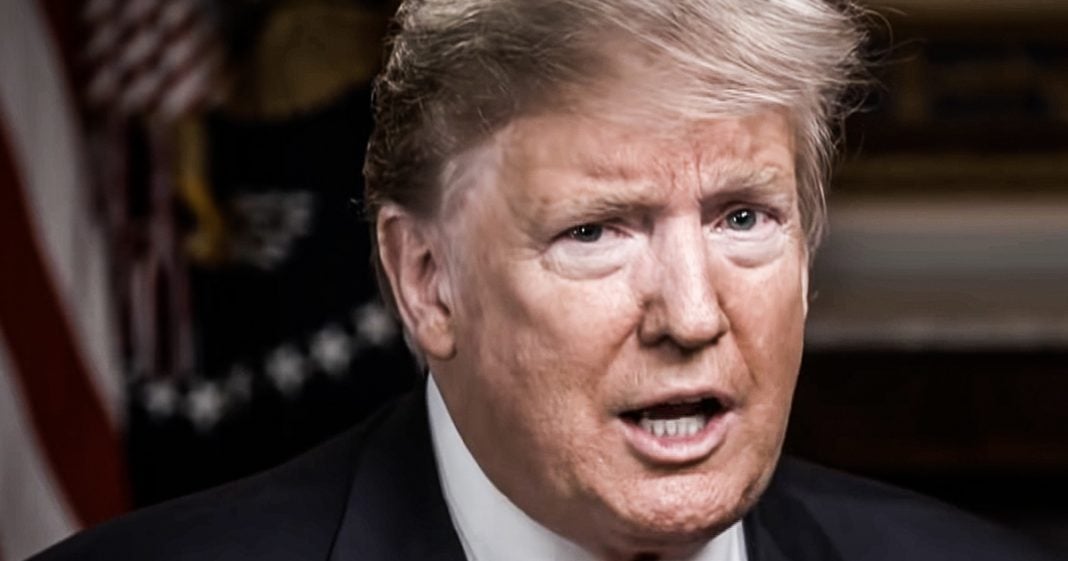 During an interview with CBS over the weekend, Donald Trump said that he is going to be leaving US troops in Iraq because he wants them to keep an eye on Iran. Not only does this go against what Trump had told us during the campaign – that we shouldn’t be in Iraq – but it also proves that he’s getting advice from possibly the worst advisors in modern history. Ring of Fire’s Farron Cousins discusses this.

As is customary on Sunday before the superbowl, Donald Trump gave an interview to CBS news that was actually recorded last Friday. During this interview, Donald Trump made it clear that he has no idea how the intelligence community works. He has no idea how the military works, and more importantly, he has no idea how foreign policy works. During that interview with CBS, Donald Trump said that he wants to leave our troops in Iraq, which has actually become a big issue for the United States because Iraq is ready for us to get the hell out of there, but Donald Trump says he’s going to leave them there first and foremost, because we just built an amazing military base there and he wants it to be used, but more importantly because he wants our military to be able to keep a close eye on Iran, you know, basically spy on them, make sure they’re not getting into any trouble over there, and if they do, our troops right there at that beautiful new military base are ready to go at a moment’s notice to start yet a nother unwinnable war for the United States.

Here’s the thing, during the campaign, Donald Trump told us that sending US military into Iraq was a horrid idea and he was correct about that. That is something that he was actually right about. He also said we weren’t going to stay there though, and yet here we are two years into his presidency and he says, no, I want to keep them there. So not only are we just going to leave our troops there when they could be coming home, uh, but I’m also going to basically keep them on notice to be watching Iran out their windows and if they see something, say something so we can go shoot something that’s essentially donald Trump’s foreign policy right now. Uh, another important point to make here is the fact that if you actually want them to spy on, on another country, shouldn’t you not say that in the media?

I mean, really, how dumb can you get if the real reason was for them to sit there and spy and you just announced it to millions upon millions of people, don’t you think Iran now knows what you’re up to? Is it that really, really bad strategy? Another important point to make is the fact that you didn’t need to have troops in Iraq to make sure that we knew what was happening with Iran. We actually kind of had a framework. We had a deal. We had an agreement, worked out with them that would have allowed us to keep a closer eye on them and make sure they’re not developing nuclear weapons. But you know what happened? You pulled us out of that. You took the United States out. We had the opportunity to do what you want it to do, which is prevent a nuclear Iran and keep a closer watch on them, and yet you are the human being who said, nope, I don’t like it because Obama did it, and now you’re scared. Now you’re confused, and now you’re showing the entire planet what an entirely incompetent and downright stupid human being. You truly are.