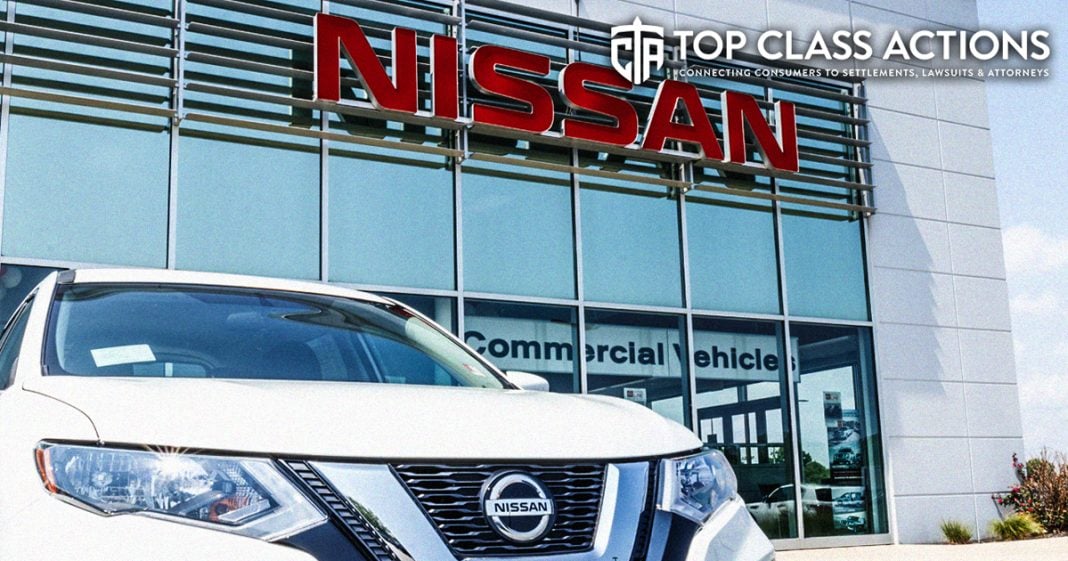 Farron Cousins:                  The expenses that come along with owning a vehicle can add up pretty quickly any time there’s any kind of problem with your car, and that’s why when there is a manufacturer’s defect that causes consumers to have to pay out of pocket for a mistake or a corner that was cut by a car corporation, it’s even more painful.

Joining me now to talk about one of the latest alleged defects in automobiles here in the United States is Scott Hardy from topclassactions.com. Scott, great story here on topclassactions.com talking about the Nissan Altima, allegedly having transmission problems. And recently a judge, who was kinda hearing preliminary in this case said that the case can in fact go forward against Nissan. Nissan wanted to have this case dismissed. They said, oh, there’s nothing wrong with our transmissions.

This particular plaintiff was just having a problem with her individual car. That’s not us. That’s something that maybe she hit something in the road. It messed up, but that wasn’t our negligence. Judge says, no, she seems to have some pretty solid evidence here. We’re going to let this go forward and let’s see where the chips fall. Tell us what this particular case is alleging with these Nissan Altima vehicles.

Scott Hardy:                          Well, it’s really interesting when you take a look at the case and you see how Nissan’s trying to fight it and how the plaintiff team is coming back at Nissan and saying, no, this is a dangerous issue and they’re actually going after a piece of Massachusetts law which allows this class action to move forward as long as it is a dangerous defect which could cause harm or injury to the drivers or other people around them. And that’s what got this one continuing to move forward was because the judge said, hey, if that transmission fails and they’re driving, that car could lock up on the road.

They could get into a big accident. It could hurt themselves. They could hurt people surrounding them. So no Nissan. You need to address this and you need to go ahead and figure out if this is an issue. Get it fixed and pay for it because the plaintiff in this lawsuit spent $3,500 fixing their transmission when their car was chugging along and traffic and they were having a lot of problems and she’s not the only one.

I mean we’ve received, received a ton of comments from people with Nissan vehicles complaining of the exact same problem from Altimas to Pathfinders. So this is a, a large issue that I think Nissan’s going to end up paying a lot for in the end as long as this class action continues on the current trend.

Farron Cousins:                  Yeah. Let me go ahead and add another comment there to you. I drive a Nissan Pathfinder. I have been having since, since I bought the vehicle, which was used. Just a shaking issue every now and then for no apparent reason. At first, you know, I’d looked it up online. People said, oh, well it usually happens with the brakes. Okay. I had my brakes replaced. They needed to be replaced. Didn’t fix the problem. They said, check the steering column. Took it in, had my steering column checked. No problem at all. They said maybe your tires are old. Okay, got new tires, needed new tires anyway.

Still having the problem as recently as my drive to work this morning and it has been driving me crazy because I couldn’t get anybody to, that could figure out what happened to it. And then, you know, we’re sitting here, I read through this story and it was one of those light bulb moments where I thought, oh my God, here is yet another story that you and I are sitting here talking about that, oh my God, I’m pretty sure I have this.

Farron Cousins:                  Now, I can’t say for certain that this is what it is. But based on reading what’s happening to this young woman’s car, what’s happening to other people in the comments, this seems like a very widespread issue. A lot more than Nissan would like us to think. And I can promise you I’m going to be going through and pulling all of my service records where I’ve had this looked at. The work I have had done thinking that, that would fix this problem, and I will be right there to sign up for this should we find out that Nissan was lying about this defective transmission and this problem it was causing.

Scott Hardy:                          Yeah, and I, I would encourage you to please do so. I’m glad that you, that we caught your attention on this and we’ll be able to fight it because even though they’re, they’re arguing right now under Massachusetts implied warranty law. It is a federal case and so I know that some of the lawyers that are actually trying this case. I have met with them. We’ve worked in other cases and they are bulldogs as most successful class action attorneys are. And even though this is just an Altima case right now, exactly what you’re experiencing, once this thing settles out and through the discovery process, we’ll find out what other cars this transmission is used in.

Where that transmission was made and could that same potential, potentially alleged manufacturing defect in the transmission be in cars. Like you were like the Pathfinder and other Nissan models. And so it will be very interesting as this things progressing through the court system. And we, we hit that discovery and we find out, oh, you know, this could be a very, very, very big issue and hopefully even if we just settle this one for the Altimas, if we see more class actions filed for, like you and the Pathfinders, that those will settle fairly quickly if they’re all having the exact same issue.

Farron Cousins:                  Absolutely. And again, this is something I will personally be paying very close attention to. And, and just so people understand, I love my Pathfinder. You know, it actually gets pretty good gas mileage. It fits my whole family. I have a very large family. I like it. I just don’t want it to be dangerous. So if we can get this thing fixed, I have no problem holding onto that vehicle for as long as possible, but I don’t want to come out of pocket for it if this were something that Nissan new was going to happen and chose to not fix. And I think that kind of goes for most consumers in really any case.

It’s not that we hate what we have, we just don’t like being taken advantage of because corporations wanted to make a little bit more money by not fixing something they knew was an issue. And if you’re like me and you think this may apply to you, I encourage you, please check out the link in the description below this video, go to topclassactions.com and again, look around the website, sign up for their newsletter because I cannot tell you and I’m not kidding how many times I’ve come across products I have signed up for because I know I have been a victim of this as well.

The number would shock you. There are settlements out there waiting for people. Do not miss your opportunity to join in if you have been affected by any of them. Scott Hardy with topclassaction.com, thank you very much for talking with us.