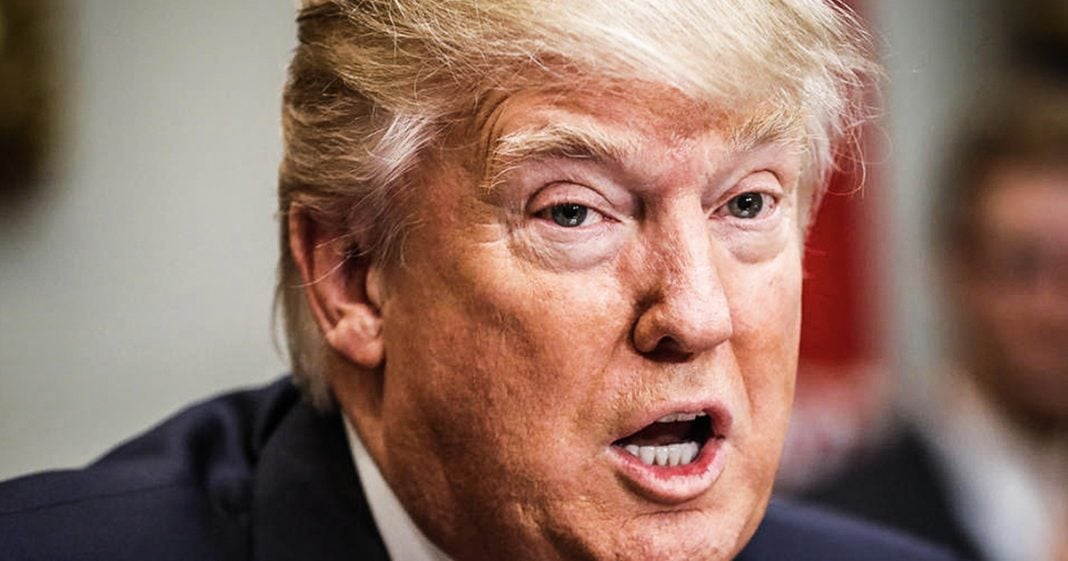 Federal prosecutors in New York have issued subpoenas to Donald Trump’s inaugural committee, seeking to find out just where all of the money came from. Under the law, only US citizens and companies are allowed to donate money to an inaugural committee, but prosecutors believe that Trump may have taken money from multiple foreign sources. Ring of Fire’s Farron Cousins explains what’s happening.

Yesterday, federal prosecutors in New York issued subpoenas to the Donald Trump inaugural committee seeking documents that could help explain how he was able to raise a $107,000,000 more than any other president in the history of the United States for his inaugural parties and galas and all of the events surrounding his inauguration. I’m $107,000,000 this group raised. And now thanks to these subpoenas they’re going to have to show where every single penny of that came from. The, uh, documents or the subpoena, excuse me, uh, seeks an array of documents including all information related to inaugural donors, vendors, contractors, bank accounts of the inaugural committee, and any information related to foreign contributors to the committee. Because here’s the thing, only us, residents and legal citizens are allowed to donate to an inaugural committee. If you accept money from any foreign entity, corporation, person, government, whatever, you’ve broken the law and they wouldn’t be issuing these subpoenas, these federal prosecutors up in New York if they didn’t believe that they were taking foreign money.

Honestly, they wouldn’t have been able to even get these subpoenas if they weren’t able to kind of go ahead and show that there’s probable cause that these guys were taking in for and money and no, I’m not just talking about Russia here. There’s good evidence that the inaugural committee may have been taking money from the Middle East to help pay for some of these events, you know, and possibly as the subpoenas show possibly buying a little bit of influence with the Trump administration. Uh, here’s something from the La Times right here. It says, the document indicates that prosecutors are investigating crimes related to conspiracy to defraud the United States mail fraud, false statements, wire fraud, and money laundering. That’s no short list there. The subpoena seeks information related to broad topics, including information about benefits provided to top donors, training documents for fundraisers and information related to any payments made directly by donors to vendors, which is also not something that is allowed.

Everything has to go through the inaugural committee, although we do have enough available evidence today, documents have already come out showing that donors did directly pay vendors. Now, here’s what’s interesting about this, obviously this is another legal headache for Donald Trump as his company, his administration, his campaign and his charity are all also under investigation, so sure, let’s go ahead and throw in the inaugural committee to go ahead and get that hat trick of all you know, everything this man has ever touched is now under potential criminal investigation, but his kids were also heavily involved in this as we’re members of the Trump organization, which is likely where this case stemmed from because let’s not forget, these are the federal prosecutors up in New York. They’re the ones who have been looking at the Trump Organization. They have talked to Michael Cohen. They have seen emails and now it has evolved from just the Trump Organization where members were coordinating with the inaugural committee.

Some of them even served on it to now focusing on the inaugural committee. This is a huge evolution in this investigation and it shows that there is more to it than even the prosecutors and investigators had originally thought they wouldn’t be going down this avenue if there was not a good chance that there was criminal activity on behalf of the inaugural committee and that is what these subpoenas are hoping to find out, and once they get these financial records, it’s going to be a lot easier for them to trace the dollars, find the donors, and find out if they were doing this to gain favor with the president or more importantly, if they were even legally allowed to make the contribution in the first place.