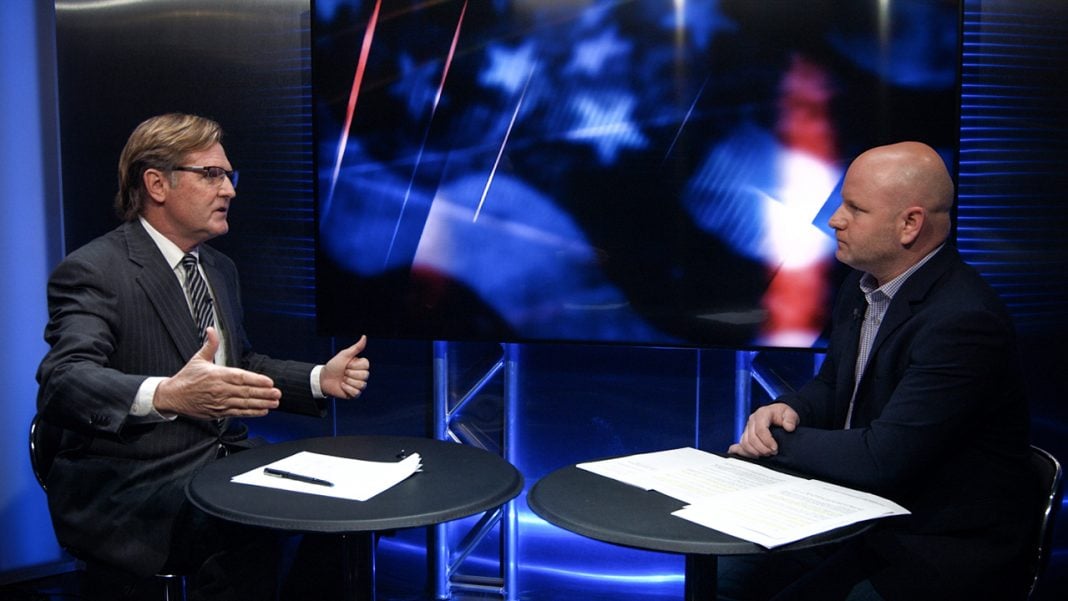 Media companies have been purging journalists for the past few weeks, as ad revenues continue to fall. This is bad news for an industry that was already clinging to life. But part of the blame here lies with companies like Google and Facebook who continue to suck up vital ad revenues that newsrooms rely on. Ring of Fire’s Mike Papantonio and Farron Cousins discuss this.

Mike Papantonio:             Media companies have been purging journalist for the past few weeks, as revenues continue to fall. This is bad news for an industry that was already clinging to life. First of all, we’ve got, your, your document, your videos that you’ve done on this have been right on point. When we first started seeing layoffs at Buzzfeed, we saw it with HuffPost. We saw it with Gannett. The problem that they’re not understanding is, first of all, they’re not, part of the problem is they’re not delivering real news anymore.

Okay. HuffPost, if you read HuffPost, it’s so ideologue. There’s no middle of the road. You know, it’s, if, if you’re, if you have this ideology, then you’re gonna read HuffPost. If you have this ideology, they’re going to read another site. HuffPost I predict will fail. HuffPost in, in two years will be out of business because whoever’s running the program believes that the only thing you can do is tell one story.

Same thing, when we look at Gannett, it’s a different analysis in my way of looking at it. What the industry did is started cutting the news reporters, investigative news reporters. This is a snowball effect. This is going to get a lot worse before it gets any better. Buzzfeed, who’s, who’s all, this is not the first cut that Buzzfeed did. They’ve been cutting a lot. I mean 119 in 2017, they cut more than 100 employees. Nobody talked about it, and then we started seeing this is, this is a snowball. If you’re an investor in this thing, I would run away. What’s your take?

Farron Cousins:                  We’ll see, what’s interesting here, especially when you look at Buzzfeed or Huffington Post is both of them had very small, but they were their, investigative journalism groups.

Farron Cousins:                  They did. I mean, I have read phenomenal investigations on Huffington Post. They were one of the few people along with the Intercept who did stuff on C8.

You got to fly them places. They need hotel rooms. So they cut the real people, the real news people and okay, we’ll keep the opinion folks. We’ll keep these little pop culture quizzes because that’s click bait and that’ll still bring in some ad revenue and it’s pretty much the same thing with Gannett. They go more to opinion, instead of reporting.

Mike Papantonio:             They don’t really have reporters. What they do is they, they consolidate news from several different sources, but they’re no different from me taking this telephone and saying, okay, well what’s the news of the day? I can find out everything I want to find out in consolidated sources were these, they’re not going bankrupt. Ring of Fire, you know, we’re never going to go anywhere because we don’t count on all that kind of fine, I mean, you know, we’re well financed.

Farron Cousins:                  Right, well what they do is they just take stories from the AP or Reuters and then publish them in their paper.

You’ve got to tell the stories and I think that’s what we try to do on Ring of Fire. You know, I get plenty of criticism for sometimes protecting issues on the right. Although, I don’t think you’ll find anybody further to the left than me, but that’s just, that’s how this, that’s part of the failure. The other part of the failure is Facebook and Google are dominating the business. They’re taking all the ad revenue away from the Buzzfeeds and the HuffPost and Verizon, you know, Verizon has better find a way to compete with that or they’re not going to stay in business.

Farron Cousins:                  And, and also I’m glad you brought that up because Yahoo also had a phenomenal investigative journalists department.

Farron Cousins:                  That, that probably won’t survive this, but you’re right because Google and Facebook, you can target the ads. I only want this to go to 18 to 25 year olds in one city in Michigan versus I’ve got to pay $5,000 for this newspaper ad or this ad on the website. Maybe they’ll see it, probably 18 to 25 year old’s not going to see the newspaper ad. And so it is a little bit of innovation. You know, I can target my ads. That works better for me as the advertiser, but it’s killing journalism and they have to find another way to make money and there’s plenty of ways out there. That’s the problem.

Mike Papantonio:             Okay. Let, let’s back up a little bit. Okay. You and I, how many times have we talked about this story that in 1980 there were about 55 organizations, independent organizations that that were involved in news? They were involved in, they gave us the news. Now, there are four. Okay. In corporate media. Four organizations own the books, now this is not just news. They own books.

They own, they own the media, news media, they own all of these parts of the media that used to be owned by all these diverse kind of ownerships. This, and we said that can never happen in social media, and now it’s happening before our eyes. Facebook and Google, if you want to do yourself a favor, get off of Facebook because Facebook is going to destroy your sources of other information.

If they continue to grow and Buzz, and people like Verizon don’t meet and they don’t have meetings where they say, we need to, we need to build a bigger digital media company that can, that can compete with Facebook and Google, these folks are gonna be out of business.

Farron Cousins:                  Yeah. I mean, I’ll tell you, with Huffington Post, Arianna Huffington made off like a bandit when she sold that because every ever since then, man, that, that whole thing has been going down. Not that it was phenomenal. I mean, she had issues. She wasn’t, people weren’t getting paid for anything but still with considering how much money that site is losing now.

Mike Papantonio:             Okay. But the point is this, now you look at it, it is like, I call it kind of celebrity polyester nosh. You know, it’s a, there’s celebrities said this about Trump. Trump this Trump that. Tell us stories that affect our lives, like we try to do on Ring of Fire. I mean we tell stories about drugs that are killing people and you know, environmental disasters and you can’t be single minded. People don’t want single minded and that’s I think why we’ve, were flourishing. I mean, I love when they come on and they say, Pap, what’s happened to you? You’re sounding like a right winger.

I love that because you know what the truth is, but I’m going to say it anyway because I’m not an idiot. You know, you have these people that just had, I call it the idiot mentality where they drink the Kool-Aid and they never asked questions beyond that. I mean, this is Democrat, it must be right. It’s holy right Because it’s Democrat. This is Republican, so by God it must be right. It’s a tribalism that’s killing the media and how many times have you and I talked about that?

Farron Cousins:                  And when the Democrats screw up, we do not hesitate to go after them. And that’s the difference. You know, never, and we’ve been saying this since ’08 with Obama because we did our best to hold him accountable and push him to do what he needed to do and people got mad. But, but the standard line I would give people is, listen, we’re not cheerleaders. That’s not our job to sit there and let me say, yeah. No. You hold them accountable. When they screw up, you tell them, you’ve screwed up. Stop doing this.

Mike Papantonio:             Yeah. I love this thing. I mean, people hate when I use the term celebrity cool. Okay. But that’s what the whole Obama administration, you know, projected because he’s a cool, he’s a cool guy. You know, he’s really suave. He’s debonair. He’s a great speaker. You know, you want to like him. He’s a likable person, but when he screws up, you got to talk about it. And so, but when we did that, it was, oh my God, you know, you’re talking about Buddha here. You can’t, there are no, we said this so many times. I have no heroes.