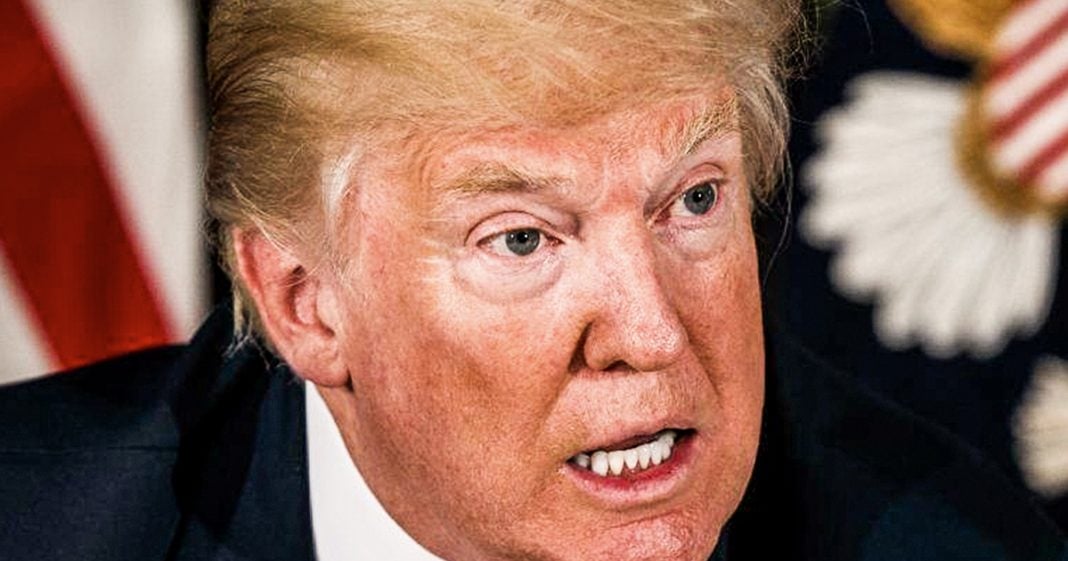 A White House official who spoke with The New York Times recently claimed that Donald Trump’s orange skin color was not the result of spray tans or tanning beds, but was just natural because the President has such “good genes.” Trump has a lot of things, but “good genes” isn’t one of them, and pictures of the President’s face show that the man is clearly getting his tan from artificial sources. Ring of Fire’s Farron Cousins discusses this.

Over the weekend, The New York Times published a story about Donald Trump’s skin, specifically the weird orange color of Donald Trump’s skin. Now this is a pretty silly story. I’m going to go ahead and be completely upfront about that, but in the story though, I got to talk about it. They mentioned they spoke to a White House official who wanted to be anonymous in this White House. Official says that Trump does not use a tanning bed. He does not get spray tans. His natural orange glow is just the result of good genes. And occasionally sometimes they’ll put on a special powder that he had a translucent powder to make himself look good on TV. But hell, all of us do that when we’re in front of a camera, right? I, this thing shines like there’s no tomorrow. So I got a powder the hell out of this thing, but nonetheless, um, the powder doesn’t turn me orange when I go on TV.

Uh, and I’ve been in front a lot of different cameras, different kinds, different makes different models, different cities, different weather patterns. Never turned me orange. Um, Donald Trump does do tanning. He does not have good genes. You can look at the guy and tell there’s no good genes in there. You can, I hate to be rude here, but you can look at pictures of, of his parents and see that he doesn’t really have good genes either by. Sorry, no offense to you, but let’s be honest here, but here’s the thing, you can tell, you know, he’s got the little white outlines around his eyes where you would put the goggles to either get an a tanning bed or to go have a spray tan done. But what bugs me the most about this man is not that he is orange, I don’t care about the color of his skin, is that he won’t own up to it.

That’s how narcissistic this guy is. You know, he made his doctor, you know, the guy who basically was revealed to be a fraud with the va, made his doctor come out there and tell us he’s probably the healthiest president we’ve ever had in the history of the world ever. Okay. The guys like 50 pounds overweight, gets no exercise, eat fast food all the time. You’re lying to us and we know it, but he’s so narcissistic that he can’t even admit the truth. He won’t admit the truth about the fact that he’s balding. It happens, man. Own it. Live with it, deal with it. If you want to get hair plays, get hair plugs. Who gives a damn what other people think? If you’re a little Pale because you spend most of your time indoors, well guess what? That could be forgivable because you are the president of the United States.

I would like to think that you’re spending more time under artificial light signing documents and reading your briefings than wasting your time in a tanning bed, but this guy won’t own it. He won’t own any of it. He won’t admit that he’s out of shape or that he’s a little pale or that he’s going bald. That’s narcissistic. He is, and that is a dangerous level of narcissism that we see coming out of this president every single day. You don’t have to be perfect. You don’t have to have the best body. You could be 40 years old and still have acne. It doesn’t matter. Stop caring so much about your periods here and just worry about the fact that your president of the United States and you actually have some important shit to do.