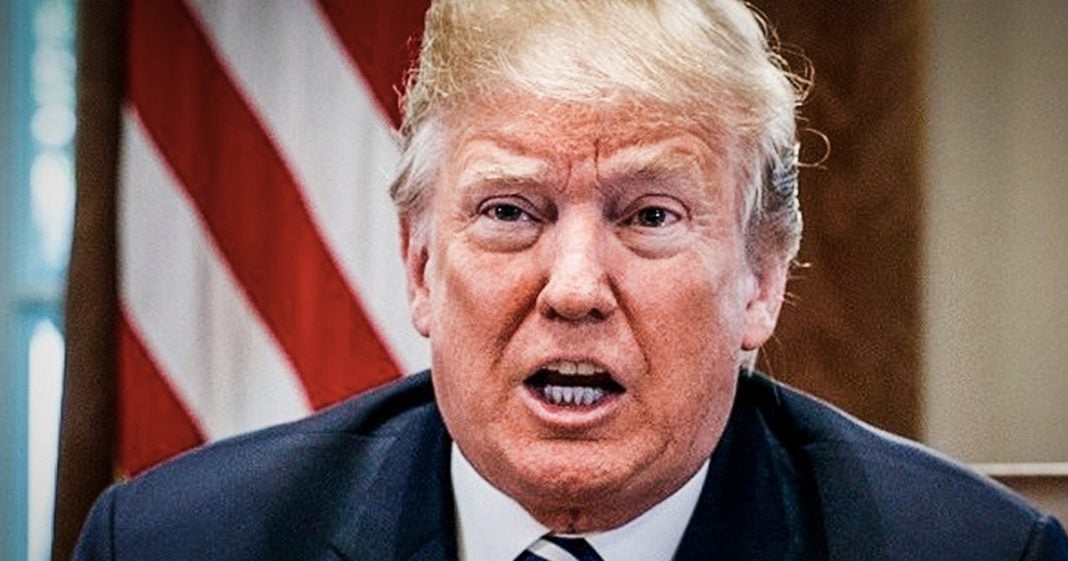 Donald Trump’s decision on Friday to withdraw the United States from a nuclear agreement with Russia is being spun as a positive for Vladimir Putin. But the truth is that Putin has just as much to lose from this decision as the United States does, and the only real winners here are the defense contractors. They stand to make even more money than usual as we once again enter a Cold War-style arms race. Ring of Fire’s Farron Cousins discusses this.

On Friday, Donald Trump pulled the United States out of the intermediate range nuclear forces treaty with Russia, the INF treaty, we’re no longer a part of it, and so that means that both countries can go ahead and create these long range nuclear missiles if they choose to do so. Now, this was a treaty that was signed back by Ronald Reagan and Mikhail Gorbachev. They worked out the deal and when they had worked out this deal at that time, at the height of the Cold War, there were roughly 70,000 nuclear warheads across the planet. Thanks to this treaty, that number actually went down to 15,000 nuclear warheads, not a bad reduction. Kudos to Reagan for getting it done, and then Trump comes along and says, you know what? We don’t need this anymore. Let’s get more nukes, more nukes for us, more nukes for Russia, and immediately everybody out there saying, this is Trump’s gift to Putin. This is Donald Trump. Given his puppet master Putin everything he wanted, and to that I say wrong. That’s absolutely wrong. I know we want to look for the Russia angle and every story and yeah, this one actually does pertain to Russia, but this actually has nothing to do with whether or not Donald Trump, uh, sought aid from Russia to get a, like, whatever. No, this is not a gift to Putin in any way. And here is why Vladimir Putin

They can do whatever they want and whoever does it the fastest makes that presentation to the White House, the joint chiefs, whoever it is, they’re going to be the ones to get those contracts, so if you don’t think that today, right now, as you are watching this, that defense contractors aren’t sitting there at the drawing boards trying to come up with the best, fastest missile before their competitors do, then you’re absolutely kidding yourselves. They are the ones who understand what a great opportunity it is for them having Trump pulling out of this treaty, the rest of US citizens, both in the United States and Russia in every country on the planet. We understand how dangerous this is. I think Vladimir Putin understands how dangerous this is. The only people who don’t seem to know how bad this is going to be. Our Donald Trump himself, and again, every single member of the defense contracting industry.