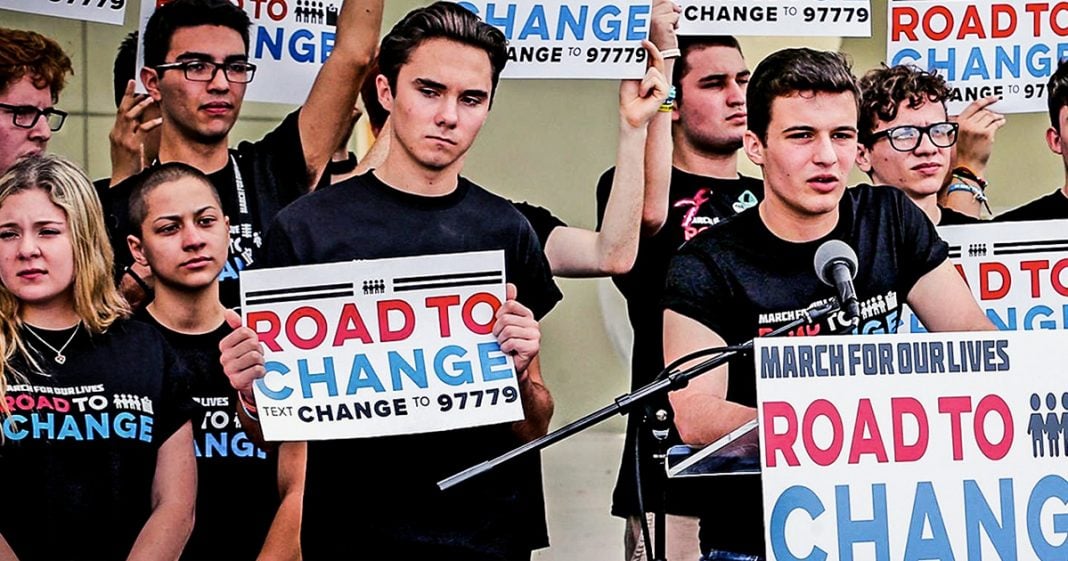 37% of the American electorate will be made up of members of Generation Z and the Millennial generation in the 2020 election. Combined, these two hold a substantial piece of the voting pie, and therefore hold more power than even they realize. Getting this group active, energized, and engaged is the key to victory in 2020, as Ring of Fire’s Farron Cousins explains.

You know, I have said this a lot, pretty much since the 2016 election, I said a lot in the run up to the 2018 midterms and I’m probably going to say it a lot in the run up to the 2020 presidential election, and that is this millennials and the generation behind them now that is coming of voting age Generation Z, they hold so much power in our electoral process and I don’t think they understand just how much power they have according to the latest, uh, numbers here in 20, 20, those two generations, the two youngest millennials and Gen Z, they will make up 37 percent of the voting population here in the United States. Thirty seven percent. That percentage is enough to swing an election in any way. Those young Americans choose to take it. And here’s the best part. These generations are more diverse than their predecessors.

There are more open-minded. They’re more likely to believe that the government should be doing more to help American citizens. And they don’t mind if we tax the wealthy to pay for things that we desperately need here in the United States. They understand that the job market actually does suck. Yeah, we might be adding 200,000 jobs a month, but those aren’t jobs that are going to pay a living wage. Those aren’t jobs that are going to turn into careers. Those aren’t jobs that provide the opportunity for advancement there. Jobs that get you by for the time being, but they’re not sustainable in this generation, understands that. They understand that in a way that the previous generations didn’t even have to understand it. They’re angry, they’ve been screwed over there. The ones who will deal with climate change for their entire existence, the effects of it, that is from the day they were born.

We were feeling the effects here in the United States and all over the globe, and that is a very real problem that they take seriously. Even those in those generations who lean to the right, they understand we have to do something about it. They don’t deny the science. They understand it. So as a whole, these generations are far more liberal. Even when they identify as conservatives. Now, it’s important to point out that these two generations will not make up the largest voting block that actually will be the baby boomers. However, the silent generation, which is the oldest generation alive today, their numbers have dwindled to the point where a Gen Z, the youngest actually will outnumber them, and that’s how it’s going to go for quite a while. Now. The silent generation will continue to shrink. Generation Z will continue to grow and as they their power is going to increase.

These are kids who lived in fear, whatever they went to school because these are kids who some of them had to watch their classmates get shot and then they watched politicians do nothing about it except obviously send their thoughts and prayers. These are kids who have experienced hell just living here in the United States, and I know baby moon were boomers, silent generation. They fought the great wars, right? They got to leave our country to go do that and see those atrocities. These kid’s fricken saw it in high school, classmates getting shot down like it was an active war zone. Those images aren’t going to go away and neither of the images of the politicians saying there’s nothing we can do about it, and they’re going to carry that with them and the political lessons they’ve learned from it for the rest of their lives. So here is what we have to do. We have to keep them active. We have to keep them energized and we have to engage with them. If any of these Democrats who have announced that they want to run for president or that they are running for president, if they want a shot at winning the White House, that 37 percent millennial Gen Z group, those are the ones they have got to appeal to and what they have to do is offer them a better future because God knows the previous generations have almost completely screwed them out of the possibility of having even a decent future.