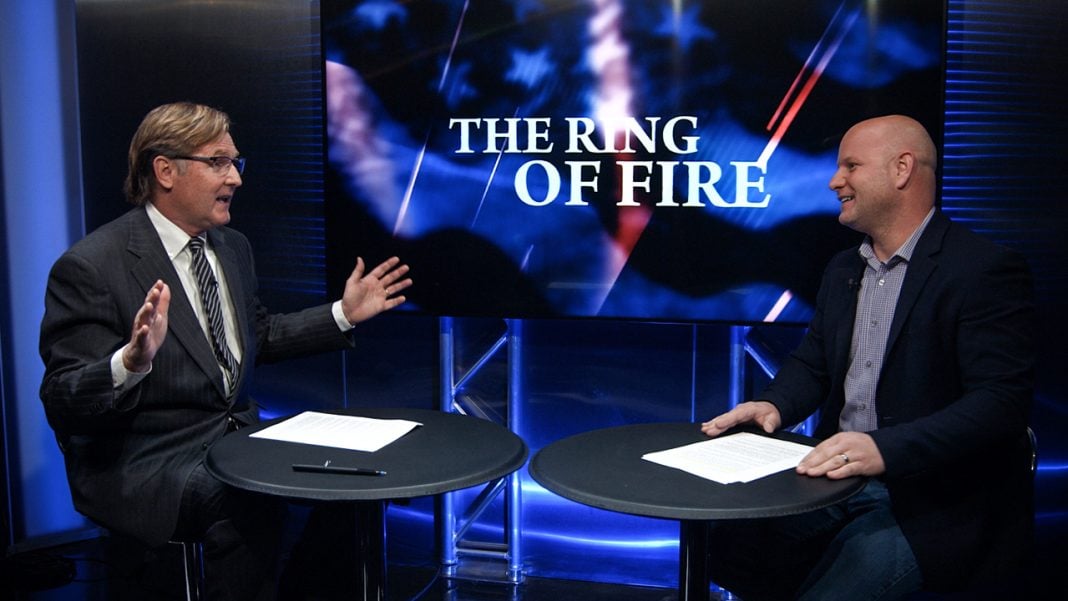 The video of a shirtless Bernie Sanders singing in the USSR has taken over the internet, and one of the reasons is because the video is being passed around by establishment types who want to smear Bernie as some kind of “agent of Russia.” Ring of Fire’s Mike Papantonio and Farron Cousins talk about how the attacks on Bernie Sanders are just getting to the point of being laughably absurd.

Farron Cousins:                  Well, basically, you know, we’ve all seen the video. We got Bernie Sanders, Soviet Union, 1988. He’s shirtless. Everybody at the table’s drinking, I think they were in a sauna, but there’s, and they’re singing Woody Guthrie’s, This Land Is Your Land.

Farron Cousins:                  But he’s having a good time, you know, Bernie Sanders. And so that video surfaced thanks to the Draft Beto movement, they’re the ones, It was an anti Bernie person.

Mike Papantonio:             It was intended to make him look like a nutcase. You know, like the establishment Democrats are trying to do with Ocasio-Cortez, you know, they’re trying to make a run at her. Let’s get rid of her. She’s talking about what the people want to talk about. Let’s get rid of Bernie, he’s talking about what people want to talk, next it will be Ro Khanna, you know.

Farron Cousins:                  We’ll see, and here’s the thing, you know, it was an anti Bernie person who uncovered it, the Draft Beto people ,specifically this guy, his twitter name is @TopRopeTravis, I think his name is Travis Justin. He is the, in charge of veteran outreach for the draft, official Draft Beto movement.

Mike Papantonio:             Because Beto’s done so much. He’s had such a distinguished background.

Mike Papantonio:             Yeah, we’ve seen him clean his teeth now and oh, by the way, he’s a skateboarder. Oh my God. I took, I took a look to see what he accomplished while he was actually an office. How about zero.

Mike Papantonio:             I couldn’t find one thing the guy accomplished, but again, celebrity cool comes in, California cool comes in, oh, this is our guy. The guy is a nothing. This is a guy that two weeks ago was sending around a video of him having his teeth cleaned.

Farron Cousins:                  And they, and they think showing Bernie Sanders, singing a song while shirtless is bad. No, having us see inside your mouth and down your throat. That’s a horrible video. This Bernie Sanders thing is having the opposite effect. People are looking at this saying he’s more human and more like me than I thought.

Mike Papantonio:             What, they’re trying to make him look like a Russian, right? Saying the whole Russian…

Farron Cousins:                  There’s way too many vowels, I can’t pronounce the name of the city, but this was a goodwill trip. This was something he had to do and he had some fun on it. So it, it’s insane. We live in a crazy time filled with crazy people trying to do crazy things.

Mike Papantonio:             I hope that Beto does run because we will have so much material. I swear, I can’t even, I’m looking at the candidates as they, as they face off right now. I don’t know that we have enough time in each show that we do to even cover it. I mean, that’s how bad it is and that’s just the Democrats. We ain’t even seen what, what surfaces on the Republican, I mean, you know, if anything.