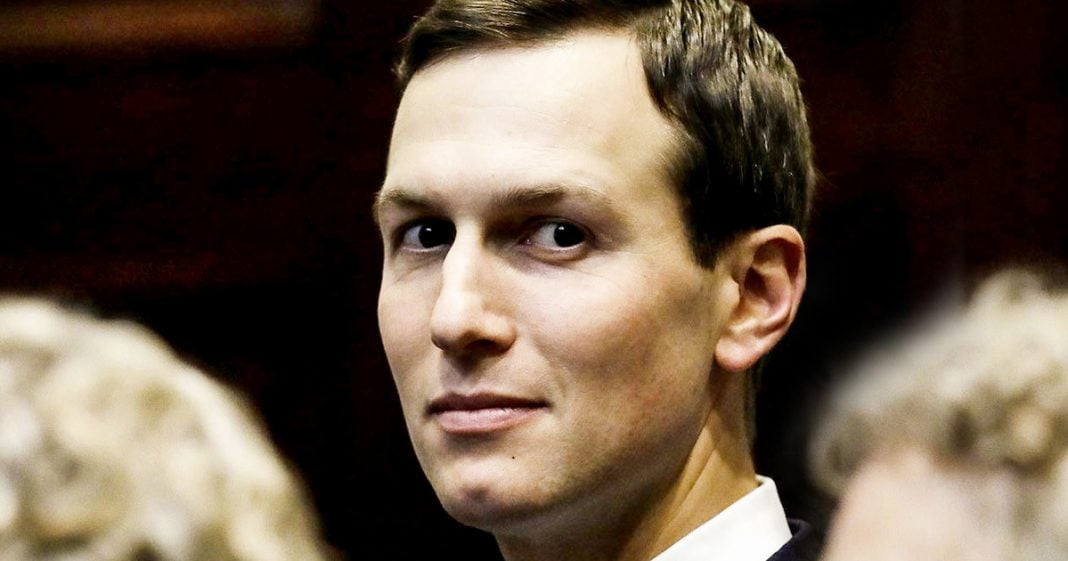 Two Democratic members of Congress have called on acting Chief of Staff Mick Mulvaney to revoke Jared Kushner’s security clearance in light of the news that he never should have been granted one in the first place. Congressmen Ted Lieu and Don Beyer submitted the request, and their fears about Kushner’s privileges are well-founded, considering his shady contacts with foreign governments. Ring of Fire’s Farron Cousins discusses this.

The supervisor came in and said, nope. All 30 of these, which included Jerrod Kushner are getting approved. We’re giving jared Kushner and these other 29 morons security clearances so they can have access to all the best intelligence the United States has to offer. Well, at least two members of the Democratic Party in the House of Representatives are trying to do something about it. A democratic representative, Ted Lieu from California and Don buyer of Virginia, have submitted a request to acting chief of staff for Donald Trump. Mick Mulvaney to immediately revoke jared Kushner’s security clearance. Will this happened? No. Mick Mulvaney is not going to do that. Mick Mulvaney doesn’t care, but they highlight in their letter the need for this to happen. Jared Kushner is a risk. Jared Kushner is a security risk. Eventually there will be hearings about this in the House of Representatives, but God only knows the damage this kid could cause in the meantime. Now they are trying to plan these hearings and schedule them out.

Um, but Jerry [inaudible] has the clearance right now and the White House itself said that he shouldn’t. Don’t you see a problem with that? Not to mention the fact that we know during the campaign, jared Kushner was present in that meeting at Trump tower. He ate his buddy from blackwater, Erik prince were, you know, talking to officials from the UAE. Those are shady dealings. We don’t know exactly what was said. We don’t know what Kushner promised. Kushner has been meeting with foreign officials in his capacity and we do know that he has been trying to work out some kind of business deals with these folks and when he has access to top secret information, that’s the kind of information that a foreign leader would love to get their hands on. Possibly in exchange for maybe a sweetheart business deal, we don’t know, but we do know that jared Kushner is the kind of scumbag who would absolutely take a deal like that if it got dropped in his lap. And that is the biggest reason why jared Kushner needs to have his security clearance revoked and then needs to be permanently removed from the White House all together.