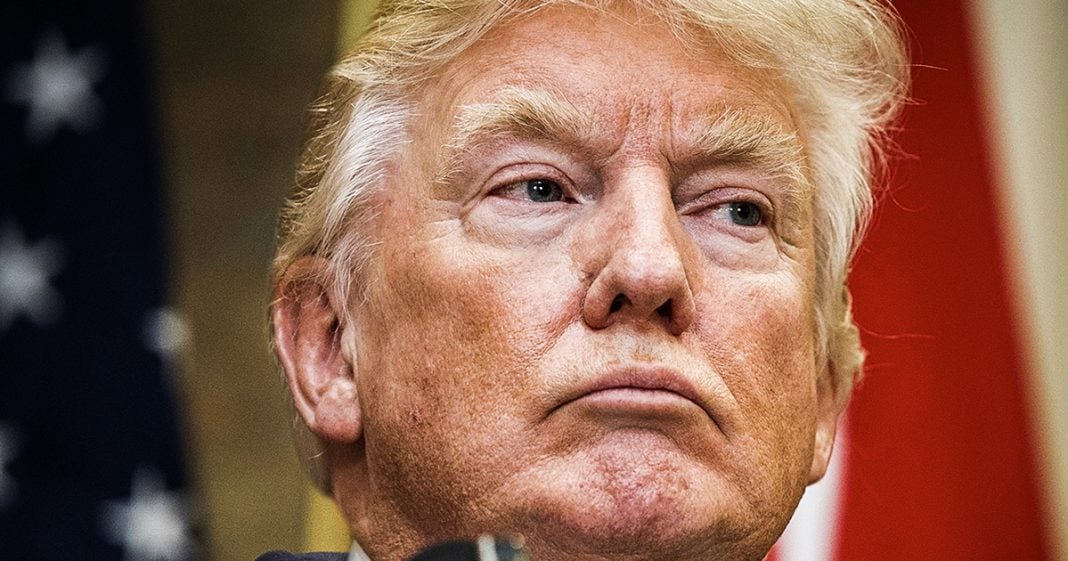 Donald Trump had only 32 events on his calendar for the 31-day month of January, a low even for him. White House officials have said that Trump often retreats for “executive time” so that he can tweet and watch Fox News, but his binge watching habits appear to have taken over much of his schedule. Ring of Fire’s Farron Cousins explains why Trump might actually be the laziest president ever, and why that’s actually not a good thing for this country.

Donald trump may actually be the laziest president in the history of the United States. According to his own official public schedule for the entire month of January, he had 32 events, 32 events in 31 days. So an average of roughly one event per day. One point. Oh, one. Two events per day. I guess so yeah. Trump literally sat around all day everyday for the month of January and occasionally would do one thing and according to the public calendar, a lot of times that one thing he would do would be have lunch with Mike Pence. I literally including some days this past week, the only thing on his calendar for that day was eat, eat. I’m going to eat you gotta eat with Mike Pence. I probably not a pleasant lunch, but hey, it’s food. Why not? The rest of the time this idiot is sitting around watching Fox News and tweeting, you know, and, and last January he actually had 39 events throughout his 31 day, month of January.

So I guess as a little better, still not a ton. Still not as much as past presidents, but hey, he’s got a lot of Fox News to catch up on their run shows in the middle of the night. He’s got a Tivo those and come back and start catching up in the morning. He’s got a lot to do. He needs his executive time, which is exactly what this entire presidency has become. He’s not going through intelligence reports. He’s having intelligence briefings every now and then, but as he admitted yesterday, he didn’t actually read the reports. He didn’t know what was actually happening in North Korea or Syria or Iran, so even when he is present and allegedly doing a thing, he’s still not even paying attention. He’s not mentally there. Besides that. Aids have also reported that there have been times when trump in the middle of meetings, we’ll literally just get up, walk out and go start watching Fox News and tweeting. They haven’t admitted this.

Trump promised the American public when he was running for president. I’m going to work so much. I’ll probably never leave the White House. The Guy Golf’s an average of once every three days. He does fundraisers at his own hotels and some days that is the only event on his official public calendar going to his own hotel for a fund raiser. These are not presidential duties and I know a lot of people think, well, hey, it’s better to have him do that than actually be making policy. That could hurt us even more. We’ll see. That’s the problem. I mean, we’ve seen policies coming out of the White House and it doesn’t all have to do with trump. In fact, the less he is involved, it’s almost like the policies get even worse because there’s nobody looking over the shoulders, you know, John Bolton and his notepad of 5,000 troops to Columbia.

If Donald Trump doesn’t fully understand what’s happening down there, he might be willing to just look at that and say, yeah, sure, go for it. Whatever. I don’t know. I didn’t read the briefing, so do what you want that that’s bad. It’s bad that the president is not working. It’s bad that the president is not paying attention. If this man doesn’t want the responsibilities that come along with the job. I’m sure most of us in this country would not be upset if he decided to resign or perhaps not even run for reelection. He is not physically or mentally up to the task of being president of the United States and his own public schedule is proving that to us on a near daily basis.