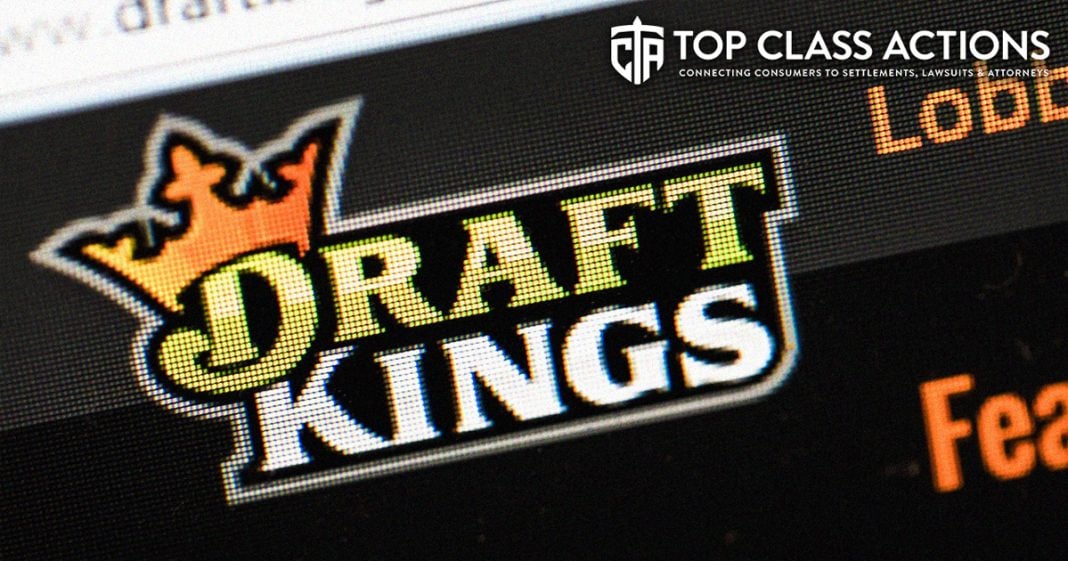 The fantasy sports contest provider DraftKings has been hit with a class action lawsuit over their allegedly unfair Sports Betting National Championship betting rules. According to the plaintiff, he went to DraftKings’ Sports Betting National Championship (SBNC) from Jan. 11 to 13 in New Jersey. The plaintiff argues that he and the other participants were subjected to unfair and inconsistent betting rules that prohibited participants from getting a fair shake at entering some bets. Ring of Fire’s Farron Cousins discusses this with Scott Hardy from Top Class Actions.

Farron Cousins:                  Well, football season might be drawing to a close and I know a lot of people aren’t necessarily happy with how this year’s football season ended, but nonetheless it’s drawing to a close and now we can start betting on basketball and then betting on baseball, betting on hockey, betting on anything because we have places like DraftKings available to let us just bet on any sport we want. But recently DraftKings actually held this national championship of betting, were people who wanted to enter had to pay $10,000 and according to a new lawsuit brought by some of the people who participated in this national championship of betting, DraftKings wasn’t clear about the rules and essentially if I’m reading this correctly, wanted to almost kind of rig it to where people couldn’t necessarily qualify for their $1,000,000 grand prize.

Joining me now to help add a little bit of clarity to this story is Scott Hardy from topclassactions.com. Scott lay this DraftKings story out for us. Their, their national championship of betting. A weird thing if you ask me, but you know, people are into things, whatever. But they weren’t exactly on the level with the people who paid $10,000 to partake in this, were they?

Scott Hardy:                          No, that’s, when we’re taking a look at this class action and of course e-gaming and electronic gaming has taken a whole new level when it comes with the Internet where they’re having tournaments for video games all over the world. I know that now even the farming simulator guys are sponsoring a tournament, was suppose to giveaway over a quarter million dollars in prizes for simulating driving farming machinery and operating a virtual farm.

So it makes sense that if you can get paid for winning a virtual farm challenge, that the DraftKings and the millions and hundreds of hundreds of millions of dollars that they bring every year, that they would go ahead and sponsor a tournament. But as you said, it was a big buy in. $10,000 bucks to buy in. $5,000 of that goes in to your betting pool and that’s what you’re judged on and the bets that you place and DraftKings has come out and said, listen, you know, we didn’t have actual physical judges in place to say that bet A is better than better B, it’s all on a computer.

It’s all computer. It’s an algorithm. You know those decisions are made through that. That’s where we have no fault and picking the big winner if the computer does it. But the issue is that you had person A place, a bet that was essentially the same bet as person B and person B might have gotten more credit for it and so even though they’ve made the same bet or they bet the same amount of money or darn close to it, one might’ve gotten the extra points for this competition while the other one didn’t.

And because there were no actual published rules of if you bet this amount and you win, you get x number of points, because everything was arbitrarily based on rules that DraftKings made up and didn’t actually show the participants. That’s where this class action comes into play is if I’m going to be in a competition, I want to know how to win it, but if I’m just giving you $10,000 and making my bets, but I don’t even know how to actually win it, that seems awfully unfair.

Farron Cousins:                  You know it, it almost reminds me of they wanted to do this big grand thing. They weren’t exactly sure how to execute it. So they make this algorithm and the algorithm essentially acts like a group of, of elementary school children playing kickball. You know, if I kick it this far over that way, then it automatically just get to run to second base and then I go to third and then home and I win. I skipped, I skipped first. But if you kick it over there, you have to run to first base twice in order to even make up for it. You know, there’s no real clear set of rules.

Kind of making it up as they go, and it ultimately hindered the people’s ability to understand and make bets in order to win the game here, the competition, the championship that they were having. And in addition to this algorithm, you know, putting more weight on one person’s bet versus another, even though they made the exact same bet, also some bets weren’t even counted. Some bets didn’t even go towards it.

They were disqualified and the people had no way of knowing whether or not a bet they were placing was even going to count towards whatever point system was in place here. And this is pretty significant considering you had to pay $10,000 just to participate. You would think with that kind of buy in, you would at least be given some kind of pamphlet that says, hey, here’s how to play instead of just, all right, go make your bets. Good luck. We don’t even know how it’s gonna turn out. Which seems to be the case with his DraftKings championship.

Scott Hardy:                          Exactly. I mean, you only have $5,000 to play with here and that’s what you’re, that’s what’s going to last you through the entire tournament. And you need to make a whole lot of money off of that. So it’s frankly insulting as a player, if I’m making bets and I think I’m following the rules and then I just threw away my money at a bet that doesn’t even count, win or lose or, or not, that doesn’t matter at all. And if I made a substantial amount of money or, or bet a substantial amount of money on that bet and it’s just thrown out and you know, that could go ahead and make me lose the entire tournament through their who knows arbitrary point system, and I’m just out.

You know, ah, at least I put it in that $10,000, put in that $10,000 fee, and now what? It’s, it’s a really, really flawed system. And we’ve seen a lot of arguments both in the comments as well as across the web as other news sources have been covering this and sports betting is a huge, huge business. And the, the folks that are making these sports best are very engaged. So you know, they’re not going to give up easily and they’re not going to be quiet if they think that they were potentially screwed out of their money and their potential to win a million dollars.

Just make sure that whatever you do, you’re reading, the rules, you’re reading, the terms of use, you’re understanding what you’re getting into because you know, these companies, they don’t always know what they’re doing, but they do know that at the end of the day, their biggest goal is to turn a profit, not to protect the users. If you need more information about this particular case, you can check out the link in the description of this video, head on over the topclassactions.com and sign up for their newsletter where you can get all of the information to help protect you as a consumer, Scott Hardy with topclassactions.com. Thank you very much for talking with us today.