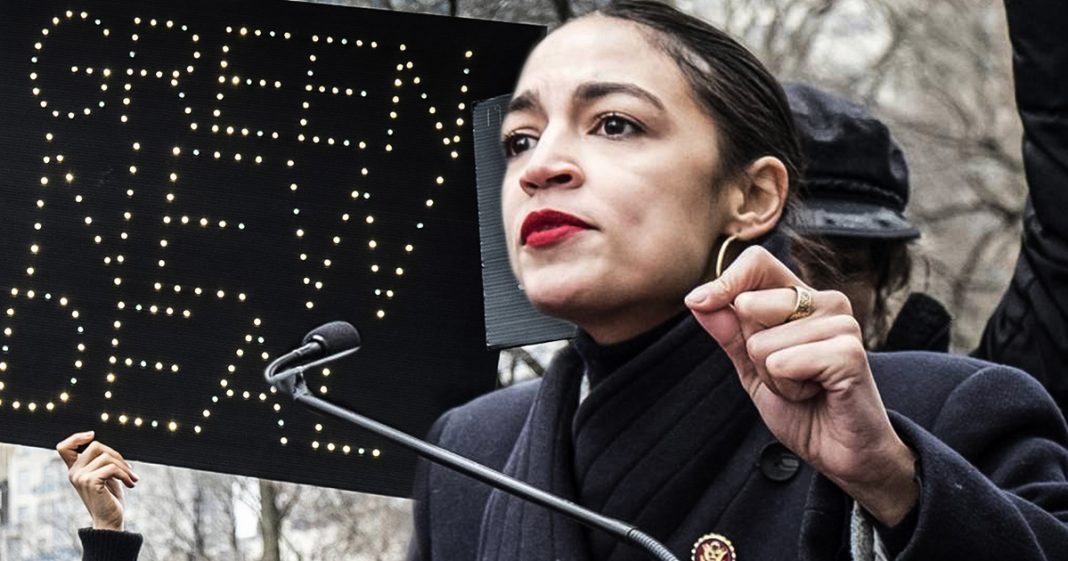 Representative Alexandria Ocasio-Cortez has been attacked by conservatives and the media for saying that we only have 12 years left to reverse course or face the dire consequences of climate change. But according to climate scientists, the scorn and derision that she has received is completely unfair, considering the fact that her assessment falls in line with what major climate reports tell us. In other words, she’s 100% correct. Ring of Fire’s Farron Cousins discusses this.

Recently during an interview, representative Alexandria Ocasio-Cortez said that millennials and her generation and the young Americans, uh, even before the millennial generation, or excuse me, after they view climate change in a much different way, and she mentioned that we basically have 12 years left to do something about it before catastrophe. Well, her comments about 12 years left before catastrophe, before the end of the world as we know it drew a lot of criticism from the right and even some criticism from those in the left and a lot of criticism from those in the media. Well, according to climate scientists, Ocasio-Cortez was 100 percent correct in her assessment. Here’s what we know. The EPCC released a report back in October that said, we have 12 years at our current pace. We have 12 years left by 2030 to drastically reduce our emissions globally or else there is nothing we can do to stop the two degrees Celsius warming.

And that is going to bring on the worst effects of climate change. That is basically what that report told us at current rates 12 years before catastrophes start. And we’ve kind of hit the point of no return almost. So climate scientists have now had to come out and set the record straight to the media and to the Conservatives and to anyone trying to criticize Ocasio-Cortez for accurately stating what’s happening. She was talking about what all of the reports have been telling us for quite some time now because the EPCC wasn’t the only report that came out late last year that told us this, we have known this for quite some time and here’s the kicker. We may not even have that 12 years because cars, if emissions continue to increase, which they did last year, then that 12 year timeframe is going to shrink up a bit as we continue spewing more pollutants and carbon into our atmosphere.

Twelve years is the best case scenario at this point. Now sure we can reverse this. We can stop this. This is not something that is 100 percent going to happen. It is 100 percent preventable, but we’ve got to do better at the federal level. We got to do better at the global level. The benchmarks put forth in the Paris climate accord, unfortunately do not go far enough considering how much faster everything is happening than we had originally anticipated. We have to do better and we can do better. The technology exists to do better. The only problem, the only thing that stands in the way are backwards thinking. Politicians who would rather attack a young representative for stating the facts than actually address those facts and do something about it, and to her point that millennials and generation Z view this threat differently and see it as a more dire threat.

That is also true because as she correctly pointed out in those non, you know, selective clips. This generation is a generation that has to deal with climate change for their entire life. You know, they were already born into the point where we knew this was happening. We knew human beings. We’re causing it. The science said so. There was no more debate. We knew it was there. They’ve lived for that since lived with that, excuse me, since the day they were born and they are the ones who if we don’t hit that 12 year benchmark of reducing global emissions are going to have to deal with these dire consequences. I mean hell, in 12 years, a lot of the folks that are serving as our representatives and senators and presidents in DC right now, they may not be on this planet anymore so they don’t have to worry about it.

The Koch brothers probably won’t be around anymore in 12 years. A lot of these people funding the misinformation that this information campaigns, they may not be here in 12 years and if they are, they may not be here too long after that. There are a bunch of old white guys telling us to ignore the problem and they won’t ever have to worry about it, but we will. This will be our new reality if we do not do something immediately every week, every month that we put off action is a month that we lose. I mean, at this point, when you’re talking about only 12 years left, one month is actually a pretty big piece of the pie than you would think because one month easily stretches to two, then three, then four. I mean, how we’re now January, December, November, October, four months since this report came out. That’s a lot of time. That’s ticked off the clock while we’re still sitting here criticizing a congress woman who tells us that we need to fix this problem. That’s how pathetic we’ve become as a public. We would rather attack the messenger than address the problem that she’s telling us about.