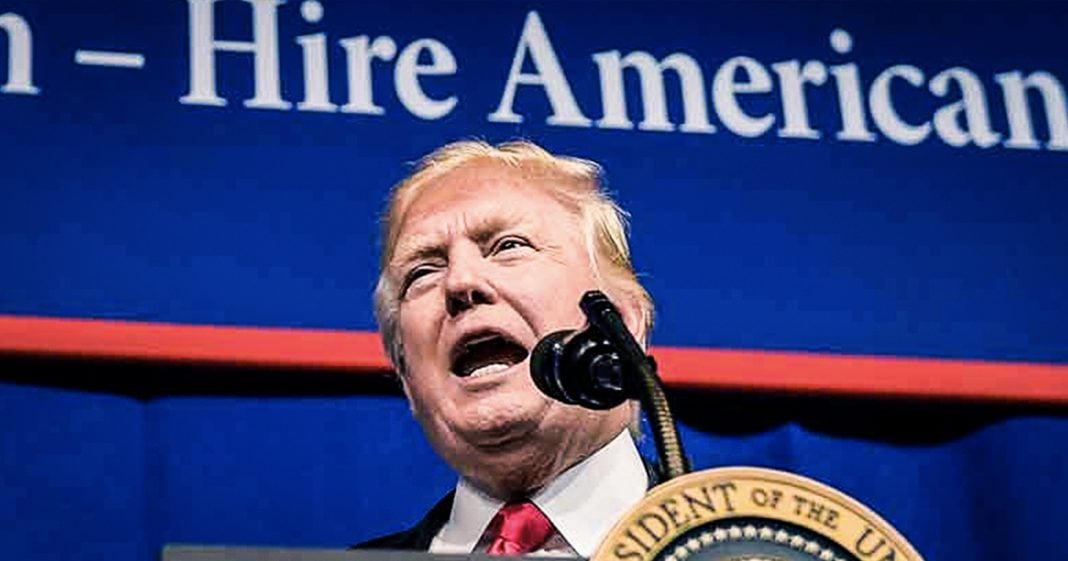 The latest entry in the “Everyone Told You So” file is available now, and it shows that only 4% of American businesses increased their hiring efforts following the trillion dollar tax cut that Republicans gave them at the end of 2017. Again, everyone knew this would happen, but that didn’t stop Republicans from spreading the same lies that they do every time they need to sell us on a tax cut. Ring of Fire’s Farron Cousins discusses this.

In the latest edition of everybody told you this would happen, comes a new report with new statistic showing that 96 percent of businesses here in the United States did not increase or change their hiring habits as a result of the tax cut package that they got. At the end of 2017, only four percent of US businesses have reported that they changed their hiring practices and hired more people solely because of those tax cuts that they got. 96% have said didn’t change a thing, didn’t change. Our business model didn’t really matter. 80 four percent of businesses here in the United States said the tax cut didn’t even do anything to change the way they do business whatsoever. We didn’t invest anything. We didn’t buy back our stocks. We just kind of used that money and paid out dividends. That’s it. 80 four percent. Now. It’s true that stock buybacks were at an all time high last year a lot because of this tax cut, a over a trillion dollars in stock buybacks in 2018 for corporations, which actually does nothing whatsoever to help the workers or even to help the business.

It just enriches the shareholders within those businesses. I’m only 10 percent of companies in the United States said that they increased any investments whatsoever into their businesses. Whether it’s, you know, uh, building new factories, innovating, buying equipment. Only 10 percent did that because of the Republican tax cut plan. And again, American workers, we got nothing. We got nothing, zero. Our paychecks didn’t increase. And because of inflation, our paychecks are technically worth less right now than they were 12 months ago. A lot of us are in that same boat and I have no shame in admitting that I am in that same boat. But here’s the thing, just like I started with, we all saw this coming, all of us, and I’m not just talking about people who are out there, you know, talking about the issue for videos or on TV or whatever it is, the public knew this was going to happen, and yet in spite of that, in spite of the overwhelming consensus among the public that this tax cut is only going to the wealthy Republicans continuously sold it to us as some kind of great deal that American workers, we’re going to be the major beneficiaries of.

We have the evidence now. It’s been a full year. We have the evidence, we see what’s happening. We have the data, we know the numbers. Now, the entire tax cut selling point was a lie. We got $0 of it. Zero business leaders, ceos, multimillionaires, multimillionaires. Those are the people who pocketed the one and a half trillion dollars that we had to fork over for this tax cut. They’re not using it to help their own businesses. They’re not using it to hire more people. They’re not using it for innovation and research and development. They used it to add a couple more zeroes onto the end of their bank account while screwing over. The rest of us leaving us with even more debt that we’re going to be struggling to pay off starving us of programs that actually could have helped, could have benefited from one and a half trillion dollars. But instead Republicans did what they always do. They lied to the American public and gave the wealthiest of the wealthy one and a half trillion dollars. And now we find out that it really didn’t help anyone except for the people who are in that top of the top of the one percent.