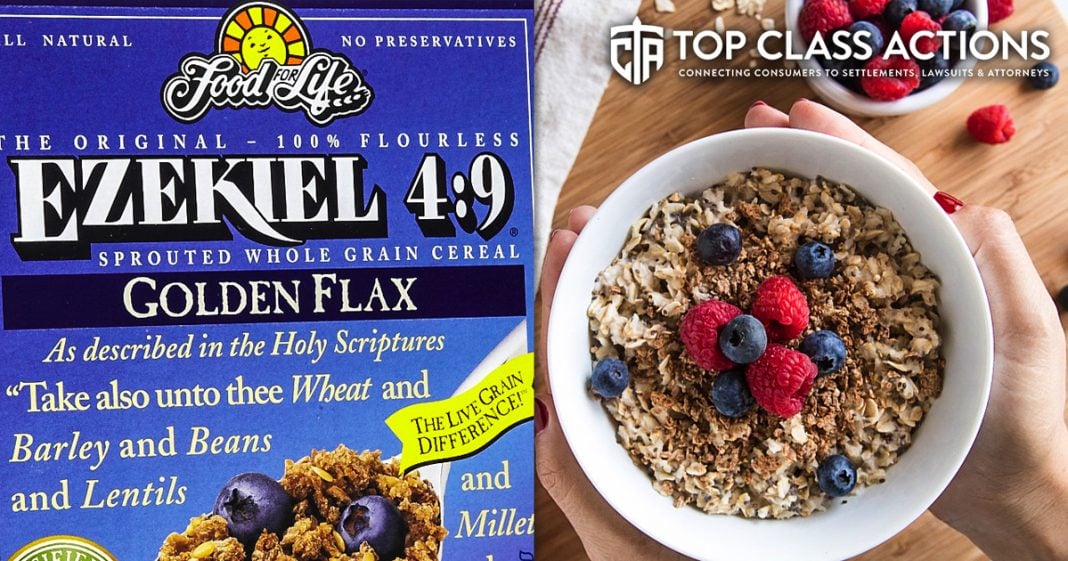 Multiple class action lawsuits have been filed against several food makers for allegedly misleading the public about the health benefits of their cereals. The consumers are arguing that the faulty claims are what led them to purchase the products in the first place, and without the fraudulent advertising they would have gone with something else. Ring of Fire’s Farron Cousins discusses this with Scott Hardy from Top Class Actions.

Farron Cousins:                  If you’ve seen any commercials for cereal recently, as long as it’s not something that’s packed with marshmallows or sugar, it’s probably going to tell you that eating this particular cereal is going to give you certain health benefits. That’s become the new thing with our morning breakfast cereals. You walk down the cereal aisle, you’ll see all kinds of things. You’ll see heart healthy, you know, good for cholesterol, high in fiber, great colon health, but not all of these cereals are living up to the claims that they’ve made and I’ve got Scott Hardy from Top Class Actions with me now to help explain what’s actually happening in our cereal aisle. So Scott, we actually, there’s two big class actions happening right now. A little bit separate but also kind of similar. Let’s start with this one, this Ezekiel cereal. Food For Life Baking Company Ezekiel 4:9 cereal. What’s the issue happening with this biblically named cereal here?

Scott Hardy:                          Well, this one was interesting because people are always looking for new ways to pitch products and, you know, what makes this serial different, how, you know breakfast cereals been out there for ages right? Now, what’s interesting about the Ezekiel 4:9 cereal is that they advertise that their products are made from, this is a quote I got to read so I don’t mess it up. Sprouted organic live grains, legumes and seeds and contain absolutely no flour. That sounds healthy to me. I mean, right, you’re sprouting grains that just sounds better. And they also say that it’s the only way to release all the vital nutrients in the grains by using these sprouting grains.

But, unfortunately there’s no real way to evaluate whether it’s healthy or not. There, we don’t see any studies. We don’t see any kind of science behind whether using sprouting grains or not that support their claims that it is healthier. So, you know, from the initial representation it appears that this is just a new gimmick to try to make you think you’re eating something healthier when in fact it’s a very similar to every other cereal out there, but you’re paying a higher premium because they’re using these sprouting grains.

Not only is this healthier for you because they’ve sprouted, but isn’t this what Jesus would do? If he were walking down that cereal aisle, don’t you think he would go for the Ezekiel 4:9, because we sprouted the grains? I mean, honestly, I know this is a real product. I mean, no disrespect to them, although they are, you know, the subject of this class action. This seems a little over the top. And typically when we see things that are almost comically over the top, it’s usually not a good sign for the company. Right?

Farron Cousins:                  So there’s, there’s also another one. And this one to me, you know, the false advertising potential false advertising of the, Ezekiel cereal, obviously a big deal. It’s robbing consumers of their choice. There’s another one here. This one has actually adverse health effects potentially for consumers. And this is the Quaker class action, for their cereals, nutri-grain bars, things like that, granola bars, whatever it is. Tell us about this one because this one to me, you know, this is the one consumers need to be careful of because this could not just not give them health benefits like the Ezekiel one, but this one could potentially harm them, make their health worse.

Scott Hardy:                          Right. Because we’re seeing these Quaker Oats class actions start bubbling down through all of Quaker Oats products, whether cereals to their oatmeal and it all comes down to glyphosate. And having glyphosate when it’s in the oats, you and I have chatted about this before, where it doesn’t just simply wash off and it’s one of those things that these… Quaker Oats is probably going to have to end up making a change to their actual production of all of their products because you can’t have glyphosate, which is in things like Roundup and other weed killers and is a known carcinogen in your breakfast cereal. And Quaker Oats has already gotten hit on this on multiple sides and we’re going to see more class actions surround that until they fixed their practice of using oats that have been potentially tainted with glyphosate in their cereal and other products.

Farron Cousins:                  And this one to me is so interesting. I mean, just because there’s so many different forms of liability here. Obviously we know based on the documents that have come out from some of these Roundup trials, we know that Monsanto knew. They the toxicity of Roundup. They tried to cover up the stories. They created these front groups to go out there and lie to us and tell us that Roundup is perfectly safe. The jury didn’t buy it. Thank goodness.

So here’s going to be the second part of the liability here. Did they let the companies who were using this product know about it? So if they did, and if we can say that Quaker Oats knew that this had Roundup in it and that Roundup glyphosate was dangerous, then they have a very obvious liability with the consumers and they could be facing more than just these class action lawsuits for not disclosing. If they didn’t know, then what we could see in the near future are all of these, you know, food makers banding together to also sue Monsanto, if Monsanto hid the dangers from them, which does appear to be the most likely case here.

Monsanto, Bayer, whatever they want to call themselves now. They are in for a world of hurt based on all of the people that have ingested this glyphosate, not just the, you know, workers who were exposed to it, but the people who’ve actually been ingesting it. The liability for this company and the lawsuits, they’ve really only just begun. And I predict over the next 10 years, these are cases that are probably going to rival the asbestos cases and the tobacco cases as more and more people realize that they too have been eating this Monsanto poison.

Scott Hardy:                          Exactly. Because you know what I, what I can tell you from the thousands upon thousands of submissions we receive every month at Top Class Actions is that the Roundup related submissions have been increasing. And so when we first started covering it a couple of years ago and we’re talking about how if you’re exposed to Roundup, you might get cancer and we would get some submissions kind of boiling through every month, but now we’re getting more and more and more as people have been exposed to it for years and are suffering these alleged problems and cancers that were allegedly caused by Roundup and things like glyphosate.

Farron Cousins:                  Absolutely, and if you need more information on the Ezekiel 4:9 class action or this Quaker Oats class action, you can follow the links in the of this video. Go to topclassactions.com. And while you’re there, do please sign up for their newsletter. It is filled with important information that consumers of every background need to know about because these are products that affect our daily lives and we need to know exactly what is happening with them. Scott Hardy from topclassactions.com. Thank you very much for telling us these stories today.