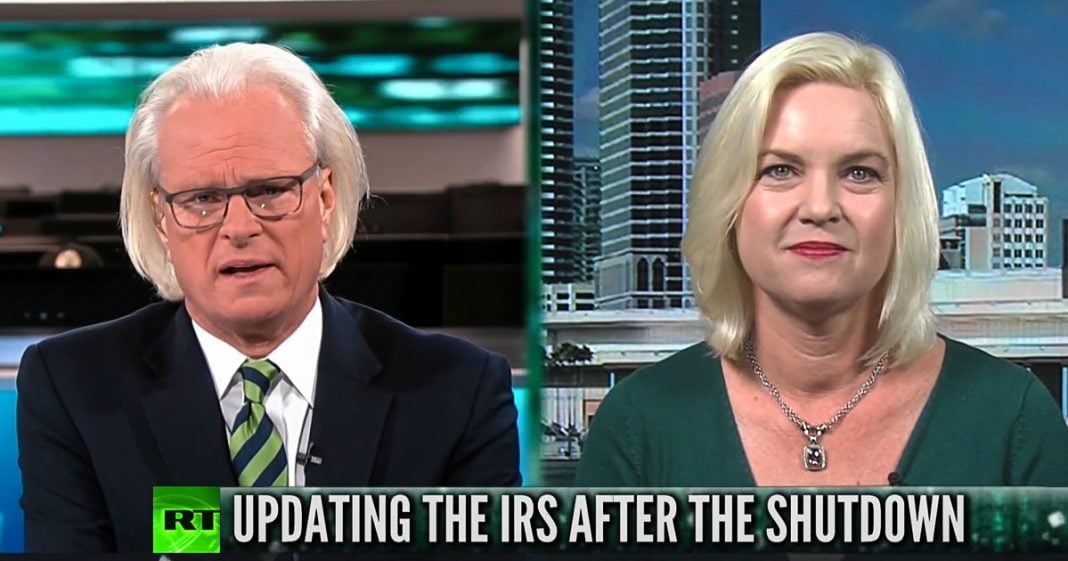 Although the US government shutdown, the partial shutdown is over, the ramifications from it are not. Mollye Barrows joins to Bart Chilton to talk about the internal revenue service now having to play catch up.

Bart Chilton:                         Although the US government shutdown, the partial shutdown is over, the ramifications from it are not. The internal revenue service is now playing catch up on processing income tax returns, people waiting for their refunds and waiting through a lot of changes from the president’s sweeping tax code overhaul approved by Congress last year. Legal journalist Mollye Barrows, contributor with America’s Lawyer is here and now with more. Hey Mollye, what’s going on with the IRS now that they just started back to work today?

Mollye Barrows:                Hey Bart. Yeah, this shutdown really couldn’t have come at a worse time as far as timing. Month long happened during one of the IRS’s busiest times and now they are rushing to process this backlog of tax returns while facing another uphill battle. Numerous challenges including facing millions of unanswered taxpayer letters as well as being weeks behind on training and hiring new employees for this tax filing season.

More than 45,000 employees who were furloughed during that partial shutdown were also called back to work without pay to help them catch up, but many didn’t show up and you can’t really blame them if they’re not getting paid. So it’s gonna take some time to get things working smoothly again, now that everybody is back to work. Well, the government watchdog group that oversees the IRS, the National Taxpayer Advocate, says that is going to be a long process. That the IRS, they expect will need at least a year to recover from this shutdown and return to normal.

So in the meantime, that could cause delays in processing tax returns as well as the confusion, as you mentioned earlier, created by last year’s tax overhaul, which had, leaves the IRS as well as taxpayers with a lot of questions and they could see in fact taxpayers smaller than expected returns because of this confusion and just a lot of questions about deductions because that’s some of the biggest changes that were included in that overhaul. Lowered individual income tax rates, double the standard deduction, eliminated or capped many personal exemptions and tax breaks like state and local tax deduction.

So for many folks who didn’t change that amount, that was withheld and they’re, basically lasts from their paychecks last year, they may not get as much in their refund and there could be a lot of people who are disappointed. A Treasury Department analysis projects at about 4 million more filers will have a balance to pay on their taxes this year and 4 million fewer will receive refunds compared to last year or so. These changes are resulting in some confusion, not to mention coming back from the shutdown. So you know, the lack of clarity over what’s traditionally been an infusion of cash into the economy is adding a little bit of layer of uncertainty and financial markets as well. So the IRS has a little bit of a challenge ahead Bart.

Bart Chilton:                         Oh, thank you for laying the land out there. Hey, Mollye, the tipping point to me on Friday when the president sort of caved on the shutdown was the air traffic controllers, the flight attendants, and they started canceling flights in the northeast corridor. There was a real safety issue. What do you, what do you think, why do you think he gave in? At least temporarily?

Mollye Barrows:                You know you’re, you’re right. I think that had to play a big part in it, but the pressure has really been building on several fronts. You also had the end of the shutdown. Isn’t that an awesome distraction to Roger Stone being arrested by special prosecutor Robert Mueller? Also the seemingly out of touch comments by commerce secretary Wilbur Ross who suggested those furloughed federal workers should take out a loan.

I’m sure he didn’t offer to co-sign and also the Commerce Department, one of the seven departments affected by the shutdown. They keep track of a lot of data, everything from housing to labor statistics, and that’s what the Fed uses to make decisions. The Fed is meeting this week. If the shutdown had not ended, none of that data would have been available, so he was facing a lot of pressure on multiple fronts.