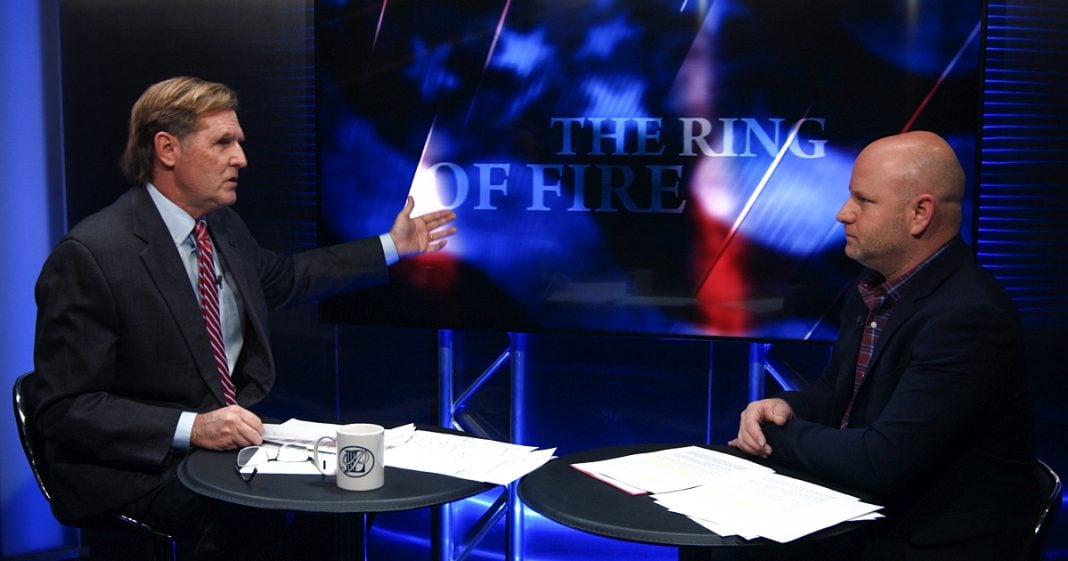 Climate change is the greatest threat facing this planet, and even though a majority of voters want Congress to take action, the Democrats in the House aren’t taking the issue seriously. Nancy Pelosi has created a select committee on climate change, and while that sounds good on paper, the committee has virtually no power to do anything to address climate change. Ring of Fire’s Mike Papantonio and Farron Cousins discusses this.

Mike Papantonio:             Climate change is the greatest threat facing this planet. Even though a majority of voters want Congress to take action, the Democrats have blown it again. Okay. Remember our discussion? How many times, okay, well let me, let me just say, Democrats win the house, right? And we’re looking for, okay, you love Cortez. I’m not too sure about Cortez yet. Votes aren’t in.

I kind of like her stuff, but one thing that she did a great job, I mean really she ran on the idea of the Green New Deal and she was out there doing such an incredibly important job saying the Green New Deal matters and if you put us in charge, we’re going to make it work. Okay. I love that about her. I mean it was just such a smart approach and in there what she was doing little by little is she’s alienating the other older Democrats, which I love too because they are dinosaurs.

Mike Papantonio:             She’s alienating Pelosi, Schumer, everybody that I think is a total waste in Congress should have been gone years ago. I love Cortez is doing that. She’s trying to shake some stuff up. Cenk Uygur with, you know, one of our partners at TYT, thinks she’s one of the most brilliant young politicians coming up. I’m still watching. I’m not, you know, I always, I always hold reservations for a little while, but anyway, she did this right. Okay. Congress, Democrats take over. They put together the committee that is supposed to take over the climate change problem, right? Pick it, pick it up from there.

Farron Cousins:                  Well, they, you know, Pelosi actually was never one of the signers onto the Green New Deal as you mentioned. And we had dozens of members of Congress before she even created this committee that we’re pushing for the creation of the Green New Deal committee. You know, put Ocasio-Cortez on it, put people like Ro Khanna on it, the people who believe it.

Farron Cousins:                  And so Pelosi comes along and says, well, this could, you know, this might effect some donors. So here, okay, I’ll, I’ll throw you a bone here. I’ll recreate the committee that I made back in 2007. That was completely ineffective and what I’ll do for you here is also make it even more ineffective than it was back in ’07 by stripping you of all your power and not putting actual progressive’s on this committee.

Mike Papantonio:             It took us the other way. That was the Pelosi committee. Okay. So, okay, here’s what really grabbed me about this story. Pelosi doesn’t put Cortez on the committee.

Mike Papantonio:             Okay. Cortez is out there. She’s calling attention to climate change. She’s got the Green New Deal as part of, of her discussion. Ro Khanna is out there, same thing. They’re all, all the people that we should embrace and we should help in every way we can. None of those people show up because they are a threat to the dinosaurs, to the democratic dinosaurs.

You know what? Now, I’m not taking much exception with what you said, but you said, or the article at least leads you to believe that the committee in 2007 is basically the same committee that we have in 2019. That is true. As a matter of fact, the, on the new committee, the minority whip got to appoint 6 of the 15.

The fact is it’s a joke. Pelosi is a joke. Pelosi knows this is, this is a giveaway. Oh, here’s something else. D, or E, wherever we are, they’re able to raise money from the fossil fuel industry. Now, did I miss anything?

Farron Cousins:                  No. That pretty much sums up all of, all of this crazy and look, we just got reports, actually multiple reports in the last few months, the last year saying we have 12 years and then we’re screwed, basically on climate change. Twelve years. That’s it to do something. Pelosi…

Mike Papantonio:             Wait, explain that. You’ve written a lot on climate change that you write for DeSmogBlog as well as the National Trial Journal, talk about, people don’t understand this completely.

Farron Cousins:                  Right. If we do not reverse course within 12 years significantly, we cannot stave off the 1.5 degree Celsius warming, and the bigger issue is that 12 years is as of right now. If we continue on for another year or two, that number 12 is going to drop down to about 6 or 7. So you know, as we continue to not act, the number of years we have left, obviously time ticks on, it goes down, but the warming gets worse, so the timetable goes down. We’ve got about five years realistically.

Mike Papantonio:             And in light of that, Nancy Pelosi basically, there’s no other way to put it, she deep sixed climate change. She deep six it, along with all the leadership up there. I mean, you know.

Farron Cousins:                  And for no reason. You know, we used to talk through the entire Obama administration. We had a list hanging on the wall of everything the Democrats caved to Republicans on in order to “make a deal.”