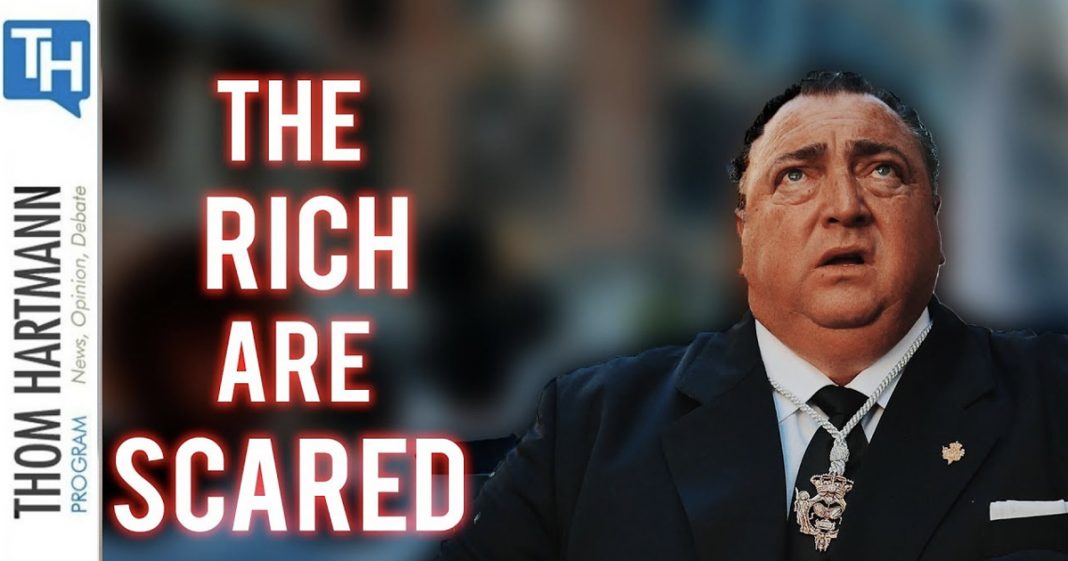 Bankers are Scared of a Progressive Running in 2020 Donald Trump is so toxic, that even the bankers want him out of office… and yet those same people worried about Donald Trump’s dangerous effect on the American economy, are worried about paying taxes under a progressive president? Specifically billionaires, bankers and the morbidly rich are afraid of proposals like the seventy percent marginal tax from Congress member Alexandria Ocasio-Cortez. Is saving on taxes worth Donald Trump destroying the country and the world to billionaires? Bankers, and the rich are trying to decide between their patriotism and their wallet and it looks like their wallet is winning. Thom Hartmann discusses this.