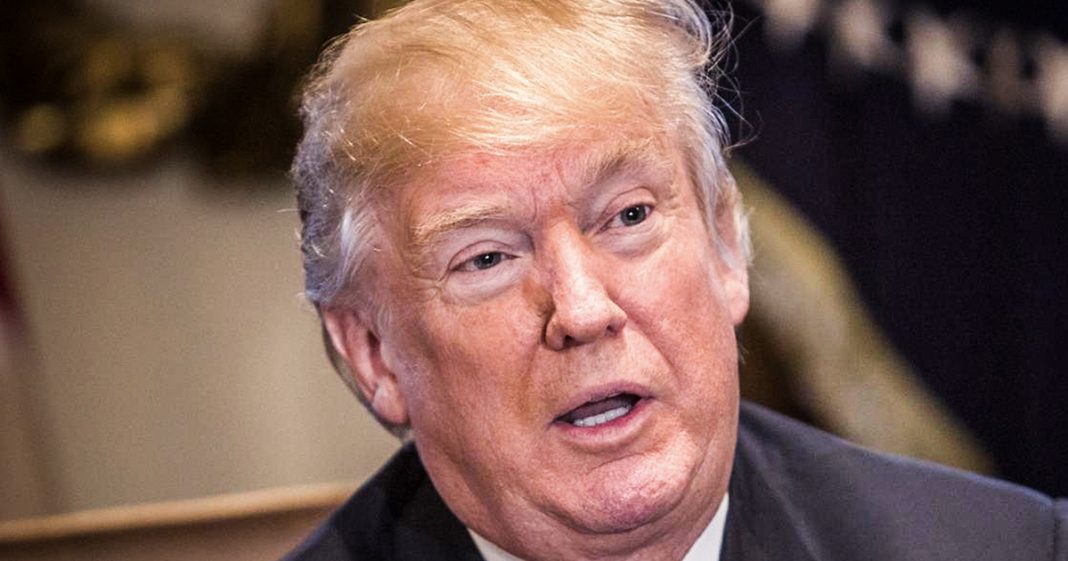 According to a new report, Donald Trump has repeatedly caught White House guests and tours off guard by telling them blatantly false things about past presidents who lived in the White House. For example, he’s told guests that Obama would literally sit in the dining room all day watching basketball, and he has routinely made it part of his day to show people where he believes Bill Clinton had his affair with Monica Lewinski. Ring of Fire’s Farron Cousins discusses this.

According to a new report in the Washington Post that was corroborated by several insiders in the White House as well as passages from former White House aide, Cliff Sims, new book, Donald Trump has repeatedly taken people on tours of the White House and lied about what a horrible person Barack Obama was. According to the reports, Donald Trump has taken people under the official White House dining room and it’s pointed and said, Barack Obama would sit in here all day every day watching basketball. Trump also claims that there was a hole in the wall, the actual hole in the wall that was somehow caused by the Obama administration. Maybe Obama got angry watching a basketball game and punched the wall. Who knows, but Trump’s out there telling them, look, Obama put a hole in the wall. He sat on his ass all day watching basketball. What a horrible guy. Now let me show you where I sit on my fat ass all day watching Fox News and tweeting out nonsense.

I’m sure that part of it never comes up on the tour, but I would love to see that, wouldn’t you? It was maybe lazy. Boy, and I’m not talking about the president talking about his chair, probably covered in Cheeto dust, Doritos all around the floor, like he’s a toddler. Yeah. I am willing to put my next paycheck that something like that actually exists in the White House right now, you know, probably about three feet away from a massive TV blaring Fox News 24 hours a day. Back to the story though. He also takes people and points out like, oh, this is where Bill Clinton had that affair with Monica Lewinsky. What he’s doing, and this is according to multiple sources, including Cliff Sims, is he’s basically just lying about how horrible and disgusting all of the past presidents were. He tells people there’s a real fly problem when we moved in.

You know, I can’t help but feel like this is some kind of attack on Obama just because he’s black, right. You know, the black guy sits in the dining room and watches basketball all day. The black guy put a hole in the wall. The black guy had a real fly problem and turn this place into a quote real dump. We remember when Trump said that, right, I can’t help but feel like there is some very severe, disgusting racial overtones to these statements, but here’s what this is really about. This about a man who’s so insecure that he’s willing to lie about Barack Obama and what a slob and filthy human being he was. Now I don’t care if you liked Obama’s policies or if you didn’t. I didn’t like most of his policies. I don’t think he was that great. He was an incredible centrist and did not do everything that he should have done, but in terms of being a decent human being and you know, basic maturity and cleanliness, I think he was probably a really good guy.

I think it was probably a clean guy and I don’t believe any of these nonsensical stories that Trump is apparently telling people on his unofficial White House tours that according to sources he’s done for hundreds of people. Now, whether or not they believe the stories, he has to tell us another thing, but we shouldn’t. We shouldn’t believe a single word that comes out of this man’s mouth. Considering the fact that in two years in office, he’s told more than 8,000 lies, Trump is the disgusting one. Trump is the slob, and if that White House is in fact a real dump, it’s most likely because of the current inhabitant.