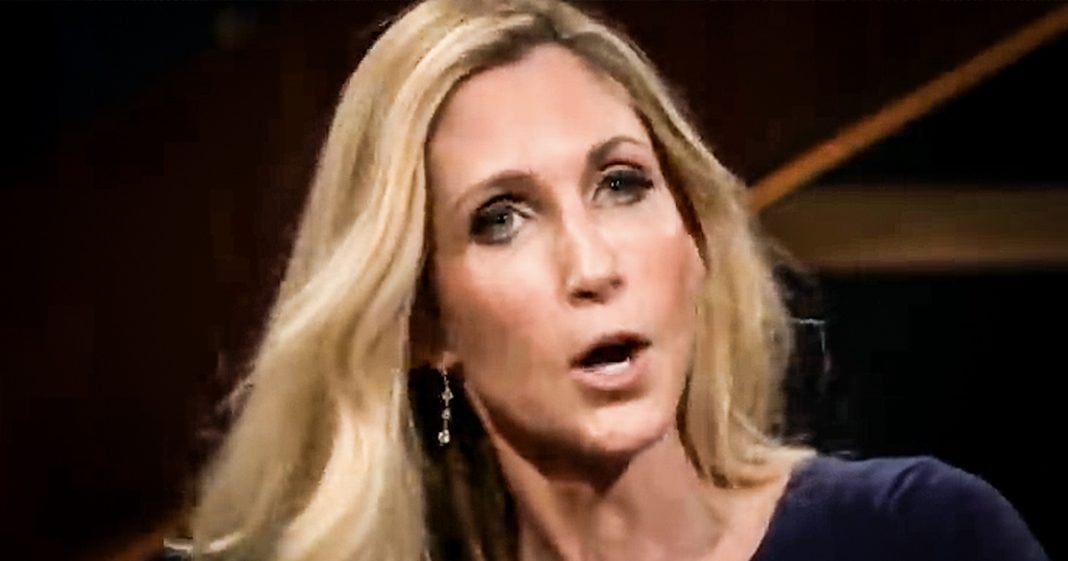 Ann Coulter hasn’t been happy with Donald Trump’s failures to get a border wall built, and she’s now willing to admit that she was “stupid” to ever believe that he was serious about building the wall. During an interview with Bill Maher this past weekend, she cheekily admitted that Trump conned her and the Republican base and that wealthy people like Trump actually love cheap immigrant labor. Ring of Fire’s Farron Cousins discusses this.

For the last two years, Ann Coulter has had this love hate relationship with Donald Trump. She loves him when he’s down there talking about we’re going to build this wall, we’re going to make it happen. And then she hates him when he doesn’t actually follow through. And this past weekend during an appearance on real time with Bill Maher Ann Coulter admitted that she and countless others in the Republican base had been conned by Donald Trump. Take a look.

Ann Coulter: Okay, this is the thing. Not even. Okay. I’m very stupid girl. Fine. But that was actually a selling point with Trump. I mean, you can make fun of me for also writing “In Trump we trust. E pluribus Awesome.

Alright. So I know Ann Coulter was not being serious when she says, okay, I’m a stupid girl. Cause here’s the thing. A coulter is not a stupid person. She, she honestly is not. Ann Coulter is very manipulative. She’s very bigoted. She’s a horrible human being. She is a lot of bad things, but stupid isn’t one of them. You see, Ann Coulter has made her fortune, made a name for herself, tapping into the anger and rage of the Republican Party and she knows that as long as she continues to do that, she’s gonna make a ton of money and that’s what she’s done. She found her niche there. Whether or not she believes it, I do feel like she believes most of the horrible things she says, but I also feel like a lot of times she just goes out there to say outrageous things in order to sell more books because she’s smart and she knows how to manipulate people.

But back to the big point here, she is 100 percent correct. Also in her assessment that Donald Trump, all these people, and that’s something I’ve been saying for a long time too, and she actually brought up a lot of the points that I’ve used and that is that the wealthy elite people like Donald Trump love cheap immigrant labor. Donald Trump has never, ever had the actual intention of building this wall. He knows that’s going to hurt his businesses. He is never going to make it happen. He is going to consistently failed to get it done and when he does fail, he’s just going to blame the Democrats. While as soon as the cameras turned off and nobody’s looking at him, he’s going to breathe a huge sigh of relief. We know that at least two of his golf courses up in the northeast have been hiring routinely illegal undocumented immigrants because they put the emphasis on cheap labor over making sure somebody is a legal resident of the United States and legally able to work.

We know down in Mar A Lago, they’re constantly to get those, uh, h one visas in order to bring in guest workers for the season. Donald Trump loves cheap immigrant labor and it is disgusting that these immigrants come over here and get taken advantage of. In that way, if they were paid a living wage, if they were treated like human beings, this wouldn’t even be a problem. I would welcome this because our economy is 100 percent dependent upon immigrants. We’ve seen that with his cutting back of the visa program and trying to crack down on immigrants coming into the United States. In general, it is crippling small businesses throughout this country. We need them, but we also have to treat them like human beings and that’s the part, you know, business owners, people like Trump and the wealthy elite, they don’t want to do that part. They didn’t want the cheap labor, but nonetheless, Ann Coulter nailed it there. Trump is not ever going to build this wall. She knows it and as long as she keeps saying it, then the base that helped propel Trump into office is going to know it as well.