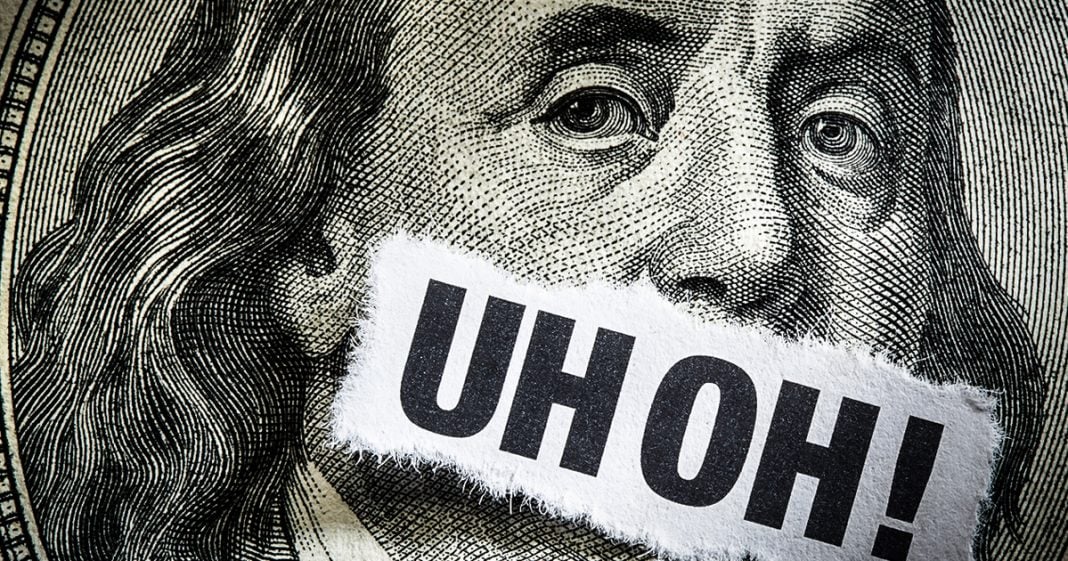 Fox News has released a new poll that likely didn’t give them the outcome that they had expected. According to their poll, a majority of Americans, including a plurality of Republicans, are actually in favor of increasing taxes on the wealthiest American citizens, directly contradicting the talking points that the people at Fox News have been putting out for years. This poll shows that public attitudes are shifting, and voters are tired of getting screwed over while the wealthy get all the benefits. Ring of Fire’s Farron Cousins discusses this.

You know, one of my favorite things in the world of politics is when Fox News releases a poll that actually has a different outcome from what they were obviously expecting, and that happened just a few days ago. You See Fox News conducted this poll where they were asking people, what do you think about the plan to tax the wealthy more? Should we be taxing people more? Who make $1,000,000? Should we be taxing people even more? If they make over $10,000,000 a year? Should we follow these crazy plans laid forth by people like Senator Elizabeth Warren and representative Alexandria Ocasio-Cortez? These are bad ideas. So what do you think? Well, according to the results of this Fox News poll, majority of voters in this country said, hell yeah, that’s a great idea. When can we start? So Fox News, who has been planting the seeds of our horrible these tax increases are how undemocratic they are, how unfair they are.

They’ve been doing it for months. They found out that their own viewers are like, no, I actually, I like that. I think millionaires and billionaires shouldn’t be taxed more. They should be contributing more to the United States, how they benefited the most from this society, from this country, so they should be paying more to protect it more, to make it better. The more you benefit from something, the more you owe to. It is essentially the mentality in the United States today, and this Fox News poll actually echoes what other polls in recent weeks have found. Yes, and majority of people in this country love the idea of higher marginal tax rates. They love the idea of the wealthy elite not getting their tax breaks that they got last year. They want them to pay their fair share. Now, here’s the actual numbers. All right, voter support tax increase on families making over 10 million annually by a 46 point margin.

Seventy percent in favor to 24 percent oppose and they support a hike on those making over $1,000,000 by 36 points. Sixty five percent for 29 percent against more voters disapprove, 50 percent then approved. Thirty nine percent of just leaving tax rates as they are for everyone. So half the country already. He’s not even happy with the tax rates that we currently have. They want them changed. They the working class, the people who are living paycheck to paycheck want to pay a little bit less and you can’t fault them for that. The wealthy elite who take advantage of the system, who used tax tax loopholes to screw the government out of more money and they hide it off shore when they can. They do whatever they can to not pay more. People want them to pay more. They want them to have to fork over more money to Uncle Sam because in addition to finding out that people want more tax hikes for the wealthy, the poll also found that majority of people also want more government spending on things like infrastructure in health care and it’s Kinda hard to do those things when the federal government is starved for cash.

So overall, here’s what this poem means. It means that a majority of people in this country, including those who tune in regularly to Fox News, are no longer buying the trickle down lie. They understand that when taxes were cut last year, we were all promised a piece of the pie and it only went to the wealthy elite. They have watched their paychecks as all of us have paychecks that haven’t increased $1 in the last year. That is true for me and that is true for millions of people in this country. In fact, due to health insurance increases, some of us are actually making less this year technically than we were the year before. Our take home pay has declined. Our buying power is declining, but not for the wealthy elite. The American public left and right understand that and they’re not happy about it and they’re out there telling us very clearly that it’s past time for the wealthy elite to start paying their fair share.