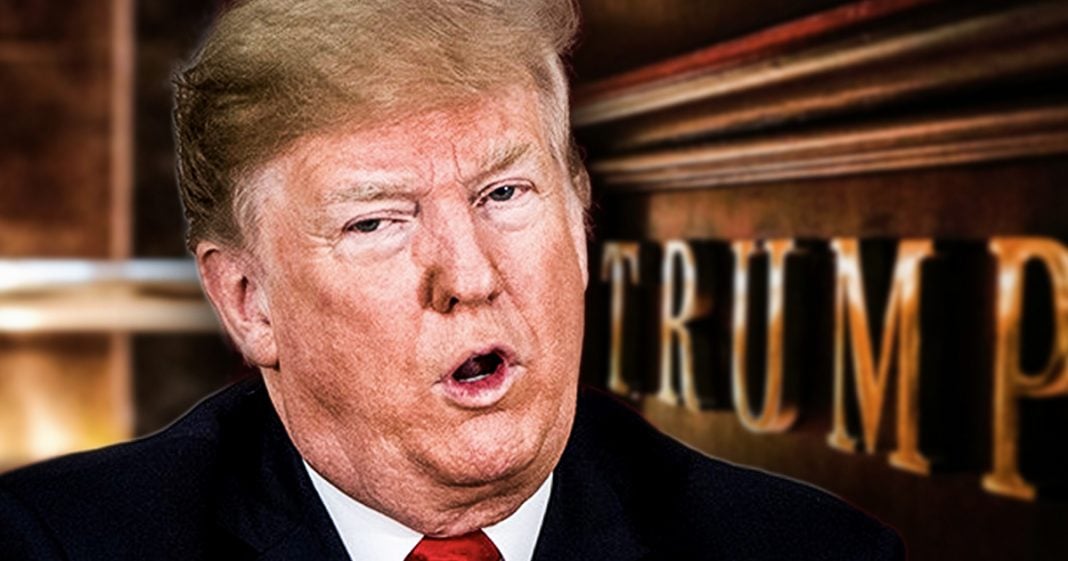 Just a few weeks ago, Donald Trump’s golf club in New York fired roughly one, doesn’t undocumented immigrants that they had working for them at that organization. Some of the people had been there for more than 10 years working at this trump golf course as an undocumented worker for over a decade and the administration, or excuse me, the organization decided that now January 18th is actually when it happened, would be the best time to start calling in some of these undocumented workers for private meetings where they told them that their services would no longer be needed. Now, as I’m sure you’re aware, that was also during the government shutdown when trump shut down the federal government because he couldn’t get funding for his border wall to keep out undocumented immigrants. Now, here’s the thing, uh, the story Kinda blew up over the weekend a little bit and a lot of conservatives are saying, well, why is this an issue?

That’s a good thing. He purged these undocumented people. They shouldn’t be working there anyway. They should fire them. Yeah. See, here’s the thing though, conservatives, and you conveniently leave this part out. I’m roughly a month or so ago, a massive bombshell story came out from the New York Times that talked about how trump’s golf course in bedminster was actually falsifying documents for undocumented immigrant workers so that they could work for that golf club. We do not yet know if that’s what was happening at a New York course as well, but we do know that it was happening right across the, uh, state over in New Jersey where trump organization officials were falsifying documents in order to hire illegal immigrants. Eric trump came out and gave a statement and said, yeah, you know, we, we started to audit this. We found these people were going to get rid of them because obviously if you’re undocumented, you can’t legally work and we don’t want that here at our trump organization.

He then declined to comment on whether or not the trump organization was going to join into the federal government’s everify program, which is a very simple process. You put in somebody’s information and it tells you if they’re actually United States citizen. Multiple companies throughout the United States have signed up for that. Hundreds, in fact, and it’s very easy, you get the person’s name, you get whatever information in the documents they’ve handed you, and it’ll tell you if those documents are false, it’ll tell you if this person’s a citizen, it will tell you everything you need to know about whether or not you are legally allowed to hire this person. The trump organization isn’t a part of that and I wonder why Eric Trump wouldn’t say that they were going to join into that program and I wonder why, and the answer actually comes from this massive story from a former manager at one of these trump golf courses where he said that the truth is they were more put, more emphasis on us to find cheap labor than they did to find legal labor.

In fact, it was more of a, and this is according to former manager a don’t ask, don’t tell policy within the trump organization. Don’t ask them if they are undocumented. Don’t tell us if you’re undocumented, you’re willing to work for cheap, so we’re willing to hire you. Let’s leave it at that. And that’s the thing I’ve been saying from day one here, uh, you know, people like Donald Trump, people with the business round table, the Chamber of Commerce, they love illegal immigration because they understand that those are people they can take advantage of, they can hire for pennies on the dollar and those people can’t get mad about it because they’re illegal aliens. They can’t file a lawsuit because they’re not supposed to be over here in the United States anyway. They would get in more trouble trying to fight back against these corrupt employers. So they’re forced to just suffer silently, take the abuse and take the low wages. And that is what American businesses, including the trump organization, thrive upon. So if you think for one second that Donald Trump has ever been serious about building the wall, I suggest you look at his organization’s own hiring practices because that tells you everything you need to know about how Donald Trump really feels about illegal immigrants in the United States.