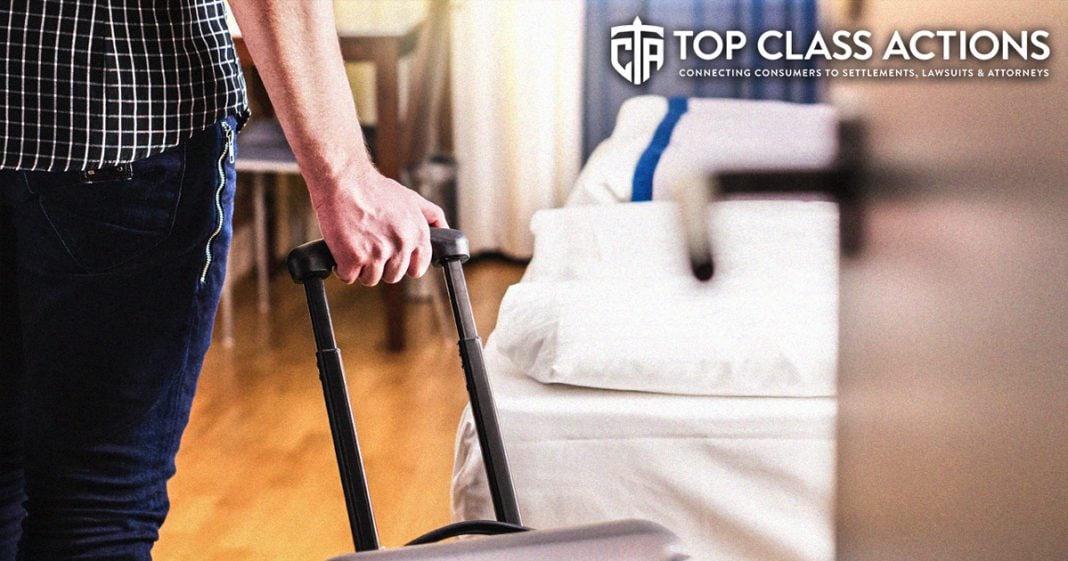 Expedia, Hotels.com, and other third party booking sites overcharge consumers for taxes and other fees on purchases through Reservations.com, according to a class action lawsuit. The recent class action against Expedia and its subsidiaries claims that the companies inflate the taxes and fees charge over what is to be paid to the government. Ring of Fire’s Farron Cousins discusses this with Scott Hardy from Top Class Actions.

Farron Cousins:                  Travel sites like expedia.com, hotels.com, and all of the other ones out there right now are becoming hugely popular with consumers. They advertise themselves as these kinds of sites that can go out there and find you the best possible rate for your hotel room, for your vacation, for business, whatever it is, they’re going to help you book the hotel, take care of everything. You’re good to go and hey, you’re probably going to pay a little less if you use us but according to a new lawsuit that may not actually be what’s happening.

And joining me now to talk about this is Scott Hardy from topclassactions.com. Scott, tell us this, this lawsuit that’s happening right now against these travel sites, the third party travel sites, specifically this website reservations.com. What exactly is it alleged that they are doing to consumers here in the United States?

Scott Hardy:                          So this is an especially tricky, you know, I don’t want to say scheme yet because we don’t know. It hasn’t been found illegal, but what they did, and we’ve seen a lot of companies in the past. I personally remember one years and years before I was ever Scott Hardy and Top Class Actions where a company that I know about added a fee and what a lot of these companies do is they add a fee and it’s something that’s small, you know, two, three, four or $5 and they put it within the same section of the bill as all the taxes and any additional fees that, you know in this case the hotel would charge.

So you think it’s just something I have to pay. This is something that, you know, I’ve got no choice. It’s probably a tax. When in fact it may have been put there just to pad the profits by quite literally millions of dollars for a fee that does nothing except put money into the pockets of reservations.com. And they did this in such a way where they were looking at up to $14.99 per room as a service fee. But it was being tacked into all the other service fees that the hotel’s legitimately charge.

Because as you know, you go to a hotel now, you might be charged for Wifi, you might be charged for using the gym, using the pool, and so now a lot of the hotels just bundle all those fees up into a $5, $10, $20 a day service fee to use their facilities in their wifi instead of charging it separately. Well, it looks like this, this fee might’ve been bundled in along with those fees and if that’s the case then you know that’s not at all transparent and people are thinking that they’re paying things with the hotel when in fact that money is going straight to reservations.com.

There are a lot of lawyers out there who will sit there and pour through invoices and then you’ve got, thank God we’ve got amazing viewers and great people out there who look at their bills. People aren’t just sitting there paying their bills and ignoring anything they don’t like anymore, now they’re pouring through these bills and asking questions saying what is this fee? And that’s how we have a class action against reservations.com.

Well listen, if reservations.com or any of these other sites, if they want to just charge you a fee, but ultimately you’re saving money, then charge the fee, but be upfront about it. Don’t try to hide it. Don’t try to scam the hotel or the other, you know, independent booking sites. Just say if you use us, there’s a $15 fee but you’re saving $80 so you still come out ahead, but we also have to make money. Understandable, right?

I mean that seems pretty clear cut, but they’re not doing that. Instead they’re saying, listen, we’re going to try to trick people. We’re going to wrap this up into the taxes and fees. It’s just going to say, you know, fee. They may not know what this is. And as you pointed out, they may think, oh this is part of the, the Wifi and gym and pool services or whatever else it is.

A room cleaning fee and that’s where, that’s where the problems come in. They could have completely avoided any of this just by saying upfront to people, hey, just so you know, there’s a $15 fee per room that you book when you use us, but to save money in the long run so you’re doing better going through us anyway. Right?

Scott Hardy:                          Right. Exactly. And that’s the thing is reservations.com is a well respected travel website. A lot of people go on that website to get great deals on their rooms and as you said, if they just called this out and said, hey guys, we charge $15 a day fee because we save you so much money, wouldn’t be a big deal. It wouldn’t be a class action, there’ll be no lawsuit filed.

But the, the issue comes when you try to bury this fee into all the other fees that you get charged when you’re paying for your room. That’s, that’s the problem. And that’s why it could be a potentially illegal fee and you know, they, they might continue charging this fee. If people are saving all the money that, you know, the very well think they are reservations.com, they can continue charge this fee but they just have to call it out.

Farron Cousins:                  You know, I want to give people a little bit of a tip here. This, this is what I do. When I’m going to go book a hotel, you know, say we want to go down to Orlando or something as a family for the weekend. I’ll use a site like Expedia or Trivago or something, type in the days, whatever, and get the names of all the hotels there and look at their prices and then take that hotel name, go to their actual website and see if it’s actually a discount.

And just from my personal experience, usually not. In fact, I honestly can’t tell you an instance where I’ve said, oh wow, it’s actually cheaper going through one of these websites. So I use these websites not for booking. I use them as research to actually just find out what hotels are in the area and then I end up going through the hotel itself and booking my room. That way if you call and talk to people, you can often get an even better deal than what you can find online. But it’s all about choice. If it’s easier for you to use an Expedia, use the Expedia.

If you have that APP, you know, obviously that can be hugely beneficial. There’s no real right or wrong way to do it. It’s just about consumers doing what they feel is best and hopefully not getting scammed by some of these companies. For more information about this issue, you can follow the link in the description of this video head over to topclassactions.com, Scott Hardy from Top Class Actions, thank you for joining me today.