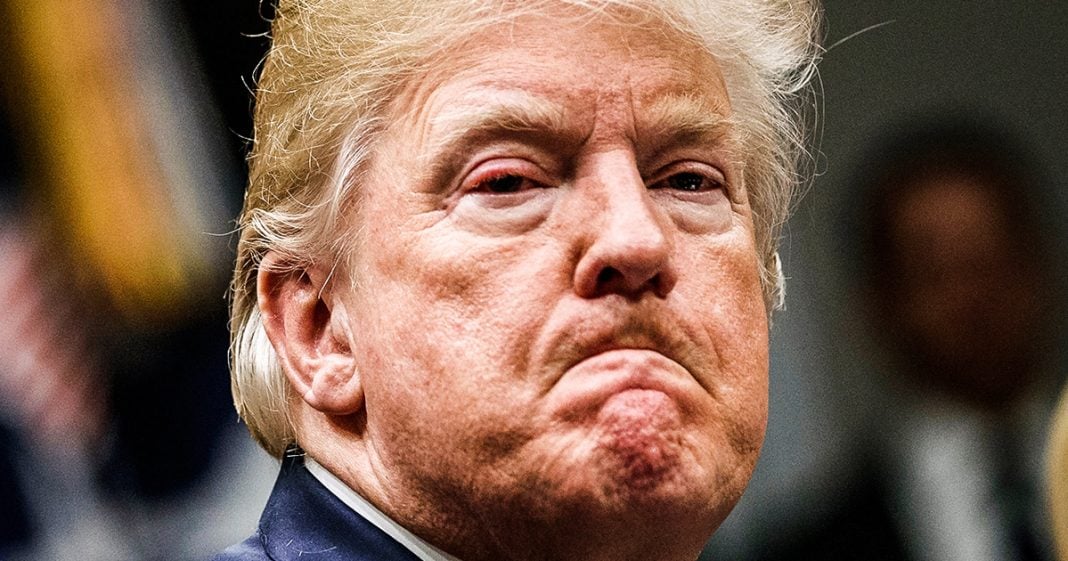 The Trump administration has narrowed the definition of what constitutes sexual assault and domestic violence, a move that was meant to reverse the Obama administration’s broadening of those terms to include more recognized acts. The decision to change the definitions seems bizarre, and it either shows that they are trying to protect someone or they just clearly hate women. Ring of Fire’s Farron Cousins discusses this.

Recently, the Justice Department’s Office on violence against women did something that is incredibly bizarre and incredibly damaging for women here in the United States, and what they did was they rewrote and narrowed the definitions of domestic violence and sexual assault. It’s not really clear at the moment why they decided to do this, but we do know that during the Obama administration, the definitions of these two things, sexual assault, domestic violence were broadened a little bit. They included more things including for domestic violence, psychological abuse and manipulation, things that experts in domestic violence counselors, therapists, law enforcement people say are absolutely part of domestic violence. In fact, those are usually the beginnings of worst domestic violence to come. If somebody engages, a spouse, engages in psychological abuse or manipulation, they do eventually most of them escalate into physical violence, and if that is not stopped, that could eventually and frequently does escalate into homicide.

The Obama administration heard from these experts, they talk to these experts and that’s why they broadened that definition because they recognize that as a threat to women here in this country, the trump administration has decided to do away with that from now on, coordinator the Justice Department’s own definitions. Domestic violence is just hitting or kicking or, you know, doing something physical to them to cause them physical harm, psychological abuse. Now, okay, they don’t care about that. You do that? Sure. Whatever manipulation go forward. We don’t care. Just don’t hit her sexual assaults even worse. Uh, they have narrowed the definition of sexual assault to only include here we find it, uh, any nonconsensual sexual act, the Obama administration, their definition was sexual assault is any type of sexual contact or behavior that occurs without the explicit consent of the recipient falling out of the definition of sexual assault or sexual activities as for sexual intercourse, forceable, sodomy, child molestation, incest, fondling and attempted rape.

There’s just any nonconsensual sexual act. It’s not going to include groping, fondling, you know, verbal threats or humiliation. None of that things that women experience all the time. In this country and that experts have told us half to be included in these definitions, but the trump administration for some reason to just do away with this and that to me is the. The weirdest part of this is why this doesn’t seem like something that they needed to do, and yet they did it and it shows one of two things to me. Either they’re trying to cover their own asses to make sure nothing bad happens to them in the future or their buddies in the future seems plausible, unlikely, or the other, which is also plausible and incredibly likely is that they just hate women so much that they are willing to let them go through a little bit more hell in their lives just because they have the authority to do so. Whichever one of those two reasons are correct, it’s an absolute disaster and a threat to every woman in the United States.