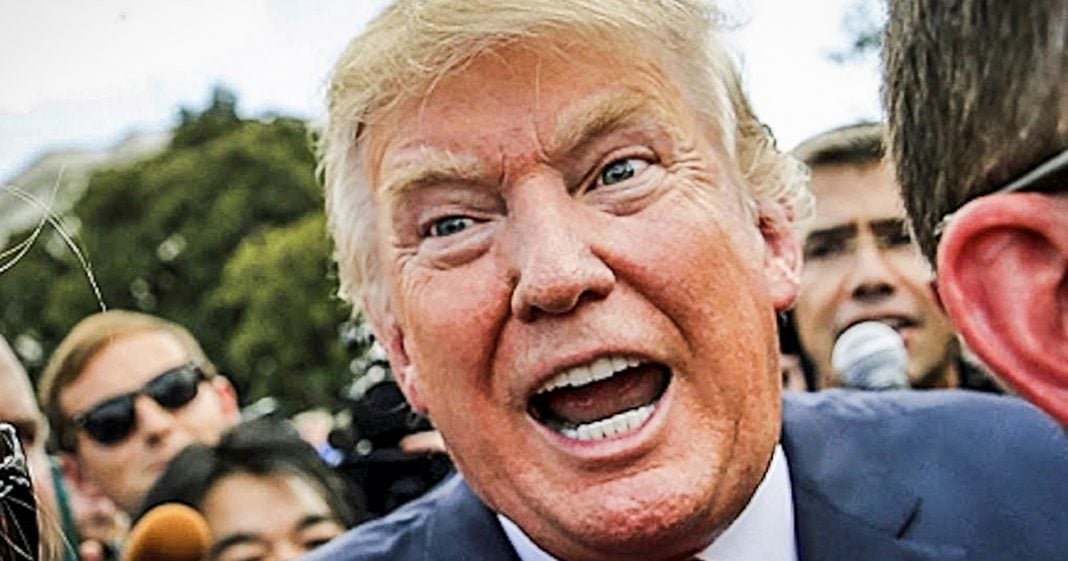 According to the new book Team Of Vipers by former Trump staffer Cliff Sims, the President attempted to bribe a reporter by offering “exclusive access” and better stories if the reporter would just give up the name of the person or persons who were leaking stories from within the administration. This sounds about right given everything we know about Trump and his methods. Ring of Fire’s Farron Cousins discusses this.

So the new book team of Vipers by Cliff simms is supposed to be hitting bookstores this coming Tuesday, January 29th, but as is often the case, as we’ve seen last two years, anytime one of these new tell all books about the Trump administration comes out, a reporters get their hands on the copies, they release excerpts, they talk about things that happened in the book and we’ve got another one of those that I feel is worthy of sharing. Again, if you’re not familiar. We had talked about this before. Cliff sims worked on the Trump campaign and then he worked in the Trump white house until this past May. So he was a guy who was there during the campaign. He was there during the administration. He saw a lot of things, he remembered a lot of things and he wrote a lot of things. But today one of the things we want to talk about is the fact that according to Sims, one of the accounts, he talks about his books, is it Donald Trump was absolutely obsessed with the media coverage of him.

And here’s the thing though, that Sim says he didn’t care if it was good or bad, he just wanted there to be coverage. He likes to talk a lot about fake news and how they’re so mean to him. But at the same time he thrives off of people just talking about him and saying his name. But there is one paper, he did care what they wrote about him and that was the New York Times. Obviously Trump’s in New Yorker, he wants to know what his hometown paper has to say about him. And that is why according to this account from Simms, Trump was on the phone with a prominent White House reporter trying to get the reporter to give up their sources inside the administration. Because Trump was also obsessed with finding the leakers, wanted to know who the hell they were. And so when the reporter wouldn’t give up the names of their sources inside the White House, Trump said, well, here’s the deal.

My offer you this. I’m going to bribe you a bit here. I’ll give you better stories than any of those people could give you. So you tell me who it is and then from now on I’ll be the one feeding you stories and you’ll be getting it straight from me. So you know you can believe it. Luckily the reporter said, yeah, I don’t believe that at all. So I’m not going to tell you who the names of these people are. Have a wonderful day. Talk to you later. So Trump tried to bribe this reporter by saying, how give you all the stories you. I’ll give you all the dirt and this White House. Just tell me, tell me who my leakers are. Tell me who the bad ones are. Who can I trust? Who can not trust? I think that’s hilarious and I think that is exactly how this conversation probably went down, but if you think that’s bad, it actually gets a lot worse because it turns out that one of the people who is apparently been leaking some stories, at least according to Cliff sims and according to a previous reporting, is Kellyanne Conway. You see, according to Sims, most people in the White House did not like Kellyanne Conway. They didn’t know why she was what she did or why she even existed, but she did and they had to deal with it, but even Donald Trump himself came to a point where he didn’t exactly trust Kellyanne Conway. So according to one account by Sims a, he took her Mac book and was looking on it and found messages were Kellyanne Conway was badmouthing the administration.

She was sending it to the New York Times, CNN and the Washington Post, you know, the three top ones that Trump loves the call fake news, Kellyanne Conway. Again, that is, if this account is accurate, and I hate having to say that because you got to say that about everything nowadays, but according to Cliff Sims, that 100 percent happened. Trump took Kellyanne Conway’s Mac book, saw these messages that she’s sending out to these other news outlets and probably wasn’t too happy. Uh, but you know, they say she was playing a double game, you know, trying to tell Trump like, oh, I’m out here doing my best for you. And also like, Hey, media outlets, look how stupid all these idiots are. Wow. And again, we have seen Kellyanne conway do things like that in the past where she has attempted to say something bad about somebody and then tried to tell the reporter, like, by the way, put that down as from an anonymous source, but the reporter said, you’ve already been telling me things and you didn’t tell me that beforehand. So I’m not going to do it. I don’t have to. So again, both of these stories from the book seem incredibly plausible, but you know, anything coming from anyone who spent a couple years working for Donald Trump kind of have to take it with a grain of salt because you don’t survive that long working for a comprehensive, you know, disgusting Liar, without picking up a few of their bad habits.