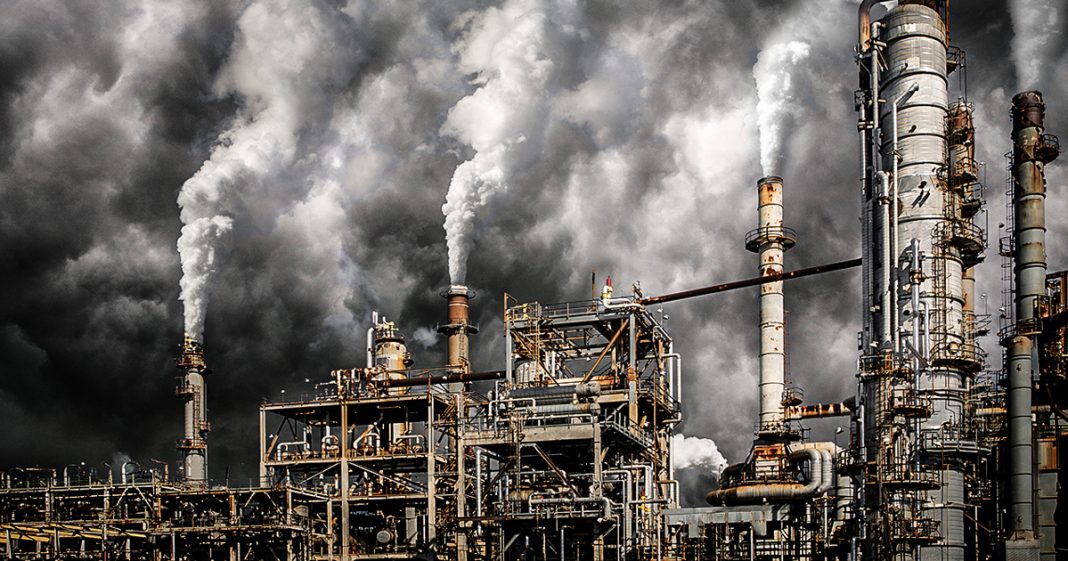 According to the latest round of polling, the American public is increasing realizing that climate change is not only caused by human activity, but that it presents a very serious threat to our country and our planet. These poll numbers are encouraging, but public response is not equal to political action. We need our elected officials to wake up to the same realities that the American public now recognizes, as Ring of Fire’s Farron Cousins explains.

According to a fascinating new report called climate change in the American mind, American citizens by and large by large margins believed that not only is climate change real, not only are human beings causing it, but that it presents a very real threat to their individual lives, and it is that last part that is so alarming because for years we have seen polls. Those of us who’ve studied climate change, who have reported on climate change for more than a decade now, we have seen polls that show that yeah, the average American voters, both Democrats and Republicans, majority of them think climate change is real and that human beings are causing it. Now. It’s only been within the last couple years that we’ve seen polls show that majorities of voters want something done about it, but up to this point, we had not seen the consistent polling that shows that these people view climate change as a threat to their lives.

Sure. Pulls in the past have shown that they believe it’s a threat to the United States. It could be a threat to our national security, but now it hits even closer to home. In many cases, quite literally and now a majority of people in this country, Republican, Democrat, and everything else believe that climate change is going to personally impact their lives. Here’s the thing, now we’ve got the polling data. We’ve got all the numbers on our side, right? Democrats want this? Republicans want this. They are afraid of what could happen. They all believe that the science has gotten better within the last few years. Uh, they all actually, I’m, a majority of them say that the reason they’ve shifted their attitudes towards climate change and they believe it’s a threat to them is because of the extreme weather they see all around the country, the hurricanes, the wildfires, the droughts, the floods, the mudslides.

They view those as personal threats to themselves, to their families, to their homes, to their businesses, to whatever it is their daily lives are now being impacted or could be impacted by climate change. So there’s half the battle, right? We’ve got the American public on our side, they understand it, they believed it, they accept it, they think it’s a threat. They want something done. So now what’s part two? Part two is getting something done. Honestly, the public finally just waking up and opening their eyes and saying, holy crap, California is on fire again. Oh my God, Florida, North Carolina, they’re underwater again. Houston underwater again, Puerto Rico. Oh my God. They still haven’t rebuilt because that hurricane was so massive. They see it. They can’t deny it anymore. In fact, the only people who are consistently denying it or the people in Washington DC, ironically, a city that would be underwater, uh, at current projections over the next hundred years for climate change.

But nonetheless, they deny it. Donald trump actually tweeted out this weekend, uh, in response to the massive snowstorms up north. That should be great to have some of that good old fashioned global warming right about now. So the president doesn’t even think it exists. He’s that stupid. And Yeah, if you deny the existence of climate change at this point, you are stupid. I make no apologies for saying that. The science shows that it is real. The evidence shows that it is real. So if you’re gonna sit there and say that it doesn’t exist, then you’re not an intelligent human being, and Donald trump is not an intelligent human being for that reason and many, many, many others. But nonetheless, we have to demand action in Washington DC. The climate movement is no longer a fringe group. It’s no longer a fringe movement. It’s not a bunch of liberal hippy tree huggers out there anymore.

It’s average working Americans, you know, people who maybe they don’t actually care about the environment. Maybe they’ve never been hiking. They don’t spend weeks camping out in the mountains. But they do understand that climate change is a threatened that we have to do something about it. You know, they may live their entire lives inside office buildings in big cities, you know, never affected by any of the major storms or fires or floods out there, but they view it as a threat and they want something done about it because eventually it will hit their area. Maybe not as quickly as it will. Those of us like myself down here in Florida or the folks out in California or along the east coast. But it will eventually hit them and that’s why they want action. And I tell you this, the only way to get action is to get these denying these climate change, denying Republicans out of Congress. Because as long as those people still sit in, those offices have power, nothing will get done. Nothing, not a thing. We’ve seen it for years and years and years. They pull in money from fossil fuel companies. They go out there and give stupid speeches like Jim in hall for the snowball on the Senate floor, Donald trump with his idiotic tweets. As long as people like that exist, the planet is in danger. The only way to ensure action on this issue in action that actually will do something is to get these idiotic Republicans out of office for good.