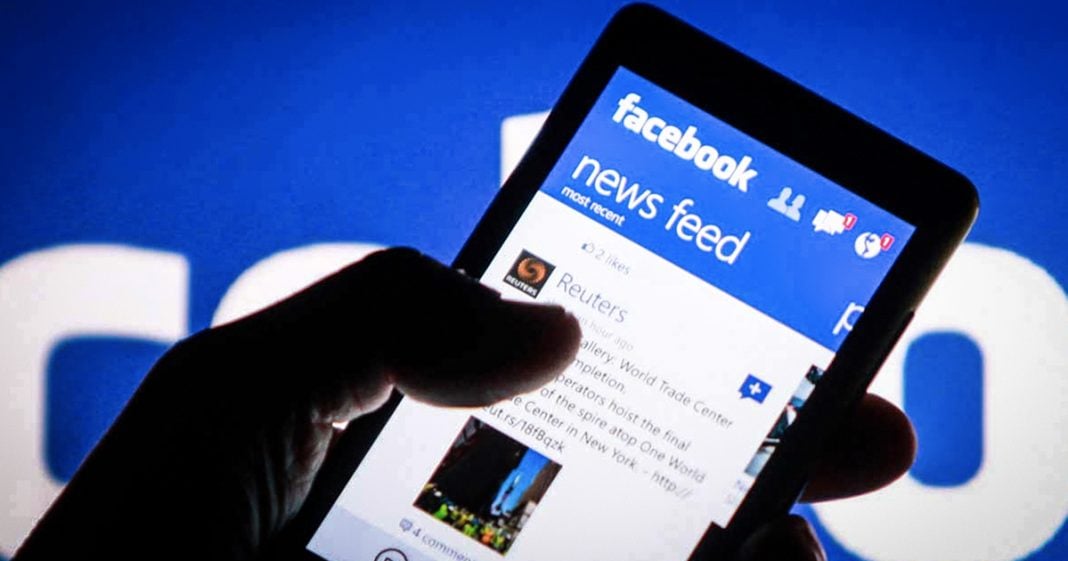 In a shocking new poll, three-fourths (75%) of Facebook users polled were unaware of the fact that the social media giant has been routinely leaking and selling their data to corporations. This helps explain why so many people continue to use the site even after the massive security breaches that have hit the site in recent years, along with all of the stories that explained how Zuckerberg and his crew were selling their data. Ring of Fire’s Farron Cousins discusses this.

An interesting poll came out last week by Pew research showing that three quarters of facebook users did not realize that the social media giant was selling their data to advertisers. Nearly 75 percent of people on facebook didn’t even know that Mark Zuckerberg and the executives of facebook, we’re selling their private data so that they could get targeted advertisements. Here’s why that is so terrifying. First and foremost, if you’ve paid attention to news in the last two years, you would know that facebook is selling our private data, but it makes me wonder if 75 percent didn’t even know they were selling our data. Do they? Do they know about the massive data breach that affected tens of millions of people across the globe from facebook? Did they hear about the story of facebook selling their private messages to corporations? Did you hear the story about facebook trying to invest $300, million dollars into local news stations so that they could influence and change what we may hear from our local newscasters?

What else do they not know? And more importantly, how can you not know this? It’s not like these facts have been hidden. Facebook executives, Zuckerberg himself has had to testify in front of Congress. They’ve had to tell us that, yeah, we’re taking your data. We’re selling it, do whatever the hell we want with it. What are you going to do? Log Off. Ha. Laughable, right? Well, it is. Facebook has two point 7 billion users around the globe to point 27 billion people’s personal information that have basically turned into a massive piggy bank for the executives at facebook and they are selling it to anyone who wants to get their hands on it. Maybe it’s harmless enough. Maybe you were shopping for insurance the other day and now you’re getting a bunch of ads for Geico, allstate, progressive, whatever in your facebook feed seems fine, right? Seems fine, but what about the people who are a little less fine? What about those people who were interested and did purchase your private messages on facebook? What do they want? What are they in it for? What’s the vetting process for facebook to determine who they will or will not? So your data too.

That’s what’s so terrifying about this. Facebook has too much power, they have too much information about our daily lives and I’m guilty as hell about this too. I really am and so or two point 27 billion other across the globe, it’s time to stop it. The government has to step in. They have to reign in this social media behemoth because right now they are trying to get their dirty tentacles on every aspect of our lives and everything they know about us is something they are willing, able and have already sold to third party corporations and other interested buyers and we don’t even know who those buyers are. And that to me is the most terrifying part of this story.