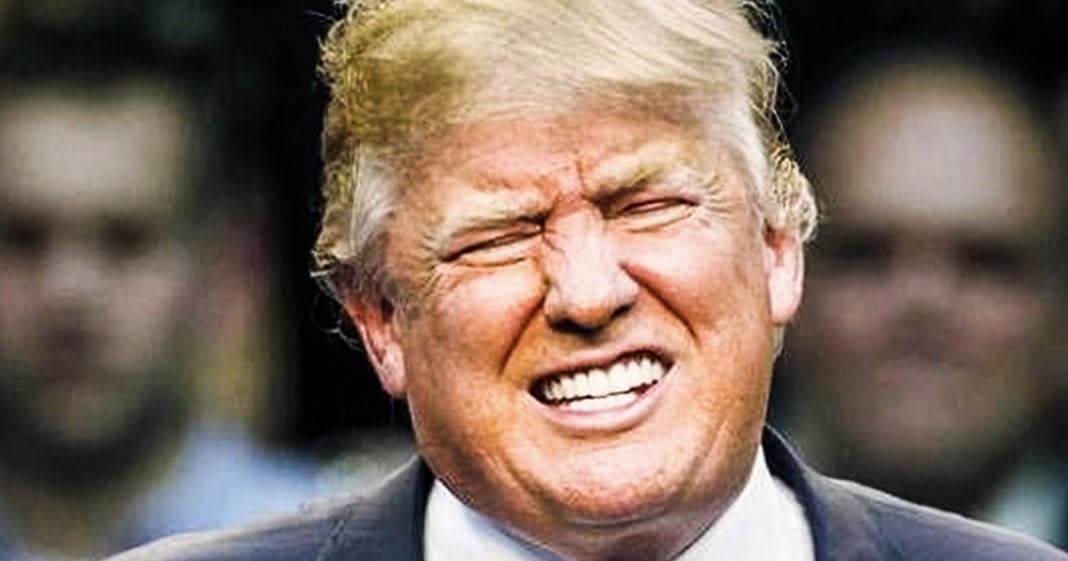 Reports claim that the White House is preparing to issue a National Emergency declaration for our southern border, as the President clings to his last hope to get his border wall funded. Donald Trump knows that Republicans in Congress are starting to get restless and they are willing to reopen the government without funding the border wall, but this might not work out the way he expects, as Ring of Fire’s Farron Cousins explains.

On Thursday of this week, Republicans in the Senate held a meeting with one another to try to figure out what the hell they’re going to do about this government shutdown. That continues as of right now and according to witnesses who happened to be nearby, the entire room was filled with shouting, shouting by angry Republican senators directed at Senate majority leader Mitch Mcconnell. These republicans were angry. They’re paying the political price for this shutdown and they know that the longer it goes on, the more likely it is to affect them in their next election. They’re blaming Mitch Mcconnell. They’re angry at Mitch Mcconnell, and as the day went on yesterday, we got more and more reports of republican x has decided that he will vote for reopening the government without funding for the border wall. Oh, now Republican senator, why has said that? She is going to do the same thing.

The Republicans are breaking. They are cracking up. They’re not unified. As Trump tells us, every day they’re pissed off at Mitch Mcconnell. They’re pissed off at Donald Trump and they’re pissed off that they can’t do anything to stop these two idiots from destroying everything that they’ve worked for for their entire careers. Donald Trump actually does understand this in spite of how many times he has tweeted out, the Republicans are unified solidly behind him. He knows that’s not the truth, and that is why it was announced yesterday that the White House is preparing to draft in order to declare a national emergency at our southern border to begin construction on the border wall. According to reports, the White House has identified $7,000,000,000 that they can take and use that for the actual construction. Now, here’s the thing, and this is what I’ve mentioned countless times in the past, as Donald Trump continuously teases, declaring a national emergency, it ain’t that simple.

He doesn’t get to just declare up. It’s a national emergency. I get all the money. No, now that, that is not how it works, that’s not how that, uh, you know, power of the president goes. He would either, depending on which route he wants to go, have to submit to Congress in writing what money he’s taking, where it’s coming from, and what he is going to spend it on. At that point, Congress would then have you know, the ability to say no and veto that essentially so he would not be able to do that. The other path he could take is to have the US military physically build the wall with that money. That money would have to be used for our own soldiers to be the ones to go down there and build the actual wall. Something I’m pretty sure most people in the military, not exactly looking forward to not exactly something they want to do and sure as hell not something they ever signed up to do.

The office of the presidency. He has a lot of powers available, but they don’t work in the way that Donald Trump thinks they work. There is no mechanism that allows the president to just act like a dictator and do whatever the hell he wants. We do have checks on this and with this particular national emergency thing that he may or may not do, could happen any minute or could happen, never either. Congress keeps him in check or the court systems in the up, keeping him in check with this, so there is hope. He could declare a national emergency and he may just win on that situation, but it’s a lot more likely that one of these other branches of government, even the ones that the Republicans control, the judiciary would slap this down because they understand the dangerous precedent that it would set. I mean, after all, Republicans have told us how terrified they are of Democrats declaring a national emergency.

Next time they declare a become president and then, oh my God, suddenly we got to spend all this money to fight climate change. Ah, oh my God. Healthcare is a national emergency. We have to use this money to get medicare for all. Ah, I. those are literally things Republican politicians have said in the last two weeks. Nonetheless, those are national emergencies. Those are things that should be declared and have money spent on them. But the court system is going to view it as an abuse of power, and even the most ardent right wing, disgusting hack of a judge would have a hard time ruling that constitutional.