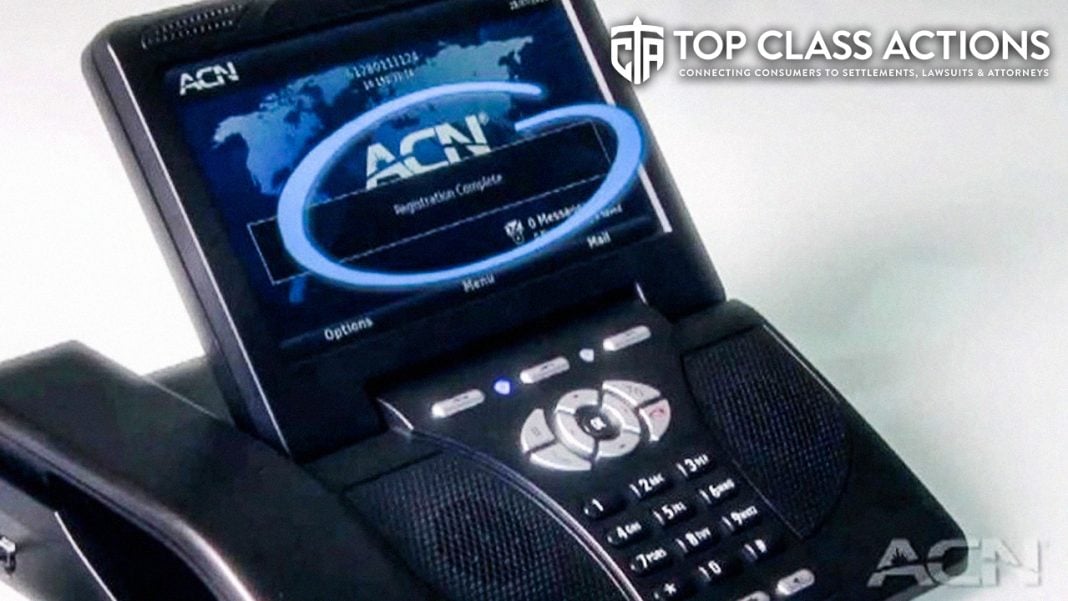 Victims of an alleged fraudulent business deal orchestrated by President Trump and his children are facing a motion to dismiss their class action lawsuit. Lead plaintiffs claimed in their class action lawsuit that they were defrauded by Trump Corp., a company run by the president’s children, Ivanka, Donald Jr. and Eric. Trump. Ring of Fire’s Farron Cousins discusses this with Scott Hardy from Top Class Actions.

Farron Cousins:                  If there were a single word that kind of summed up the entire Trump administration, Trump organization and probably even the Trump family itself, that word would be corruption and that is exactly why this family, the Trump family, is facing countless lawsuits on all sorts of different things that they’ve done over the years. One of these, the family is actually trying to actively fight saying they weren’t involved in it whatsoever, and that is a fraud lawsuit after Donald Trump himself endorsed a company and encourage people to invest in it. A company called ACN.

Joining me now to talk about this lawsuit and the Trump family’s fight against it is Scott Hardy from topclassactions.com. So Scott, this American Communications Network, ACN, telecomm company. Most people never really heard of it, but Donald Trump came out a few years ago, totally wholeheartedly endorsed this saying, told people a, put your money in here, didn’t really pan out for anybody who put their money into this company, did it?

Scott Hardy:                          Not at all. Not at all. It was one of many of Trump’s so-called companies that he were, he was just a, a paid endorsee. And as we all remember, especially when the Apprentice was on, Trump’s name was on everything from water to steaks to telecom companies. And I, you know, I, for one, once I saw this class action, I also had never heard of this, but unfortunately you had a lot of people that spent 500 bucks a pop thinking they were getting something when in fact it appears that it was almost all a sham and even though Trump endorsed it, you know, I’m actually really curious to see how well this will work out for the plaintiffs because, you know, this wasn’t a Trump owned entity, but like everything, if you offer Trump a large payday, he was happy to put his name on it and run with it.

Farron Cousins:                  Yeah. So that is going to be interesting because you know this obviously it’s not something he owns. He wasn’t in charge of any of this, but he did go out and tell people you should put your money in this. So I think it comes down to a little bit of a different, a liability issue of whether or not somebody being a public figure, somebody with influence at the time, obviously on the Apprentice. Does his word constitute sound financial advice? Is he liable for the people who poured their money into this company and then lost it all?

I think it’s going to be a very interesting thing to see play out on, on, you know, through the court system because this could have brought impacts throughout the United States here. If anybody of note, anybody with influence over the public, you know, tells you, you should do this, you should do that. You know, in the future, this particular case right here might be the one that decides whether or not that person is liable for telling their followers this is what they should do.

Scott Hardy:                          Right, and it’s interesting because the, the amount was so much up to $500 that these folks were, were conned into buying this and not one of them would have likely purchased it without Trump’s endorsement. And you have to think about that, now president Trump, when he sees, when he saw these things back before he was president, did he actually review them? Did his people review these? Did they do any kind of vetting to see if it was a viable product, if it was even a real service at all, and if so, is that paid spokesperson reliable?

I think it’s also important that I, you know, it’s not entirely clear yet is whether Trump was offered part ownership in this company because usually trump won’t put his name on something unless you owned it. And so if he did own a portion of this company, that of course went bankrupt like a lot of Trump properties do, then it’s going to really increases his amount of liability because he goes from a paid spokesperson to a partial owner in the company. And as we know, that changes the liability rules for what you’re saying about your company and who can be held responsible for it dramatically.

Farron Cousins:                  Right, and that could also open up a new avenue of liability there. If Trump was any kind of an owner or owned any financial stake in this business but did not disclose that, only said, hey, yeah, I’m just, I’m just endorsing this. I’m just the spokes guy, you know, that also could be very different here. And to me this does seem very similar to other instances where we have celebrities out there who may not, you know, have a stake, a financial stake in whatever product or thing they’re promoting. But they come out all the time and tell us, hey followers, you should do this.

You need to buy this product because this product is great. It’s going to realign your energy. It’s gonna make you feel better as a person. They make a lot of claims that really can’t be backed up. So I, I would love to see this not just to take down Trump or whatever, but because we have a lot of people out there with a lot of influence, giving a lot of bad advice and there doesn’t seem to be any avenue for people to get any kind of, you know, hey, I was duped because I trusted, you know, Donald Trump. I trusted Gwyneth Paltrow. I trusted somebody I shouldn’t have. Now I’ve just lost a lot of money.

Farron Cousins:                  Absolutely, and companies also know this. They know we can go to a celebrity, you know, the best example right now is Ray Liotta. Everybody seen Ray Liotta out there telling us that Chantix, is great. Chantix has, has horrid side effects by the way. So you know, they know that celebrity sells and that is why these companies do this and the celebrities do it. It’s an easy payday and for the most part, they may not have to face any liability when this product either kills people or this product is a complete scam.

They’re off the hook, they got their money, they move on with their life, and the consumers, as usual are the ones left holding the bag in this instance. For more information on this, check out the link in the description to this video, it’ll take you right to topclassactions.com. Scott Hardy, Top Class Actions. Thanks for joining me today and talking about this story.