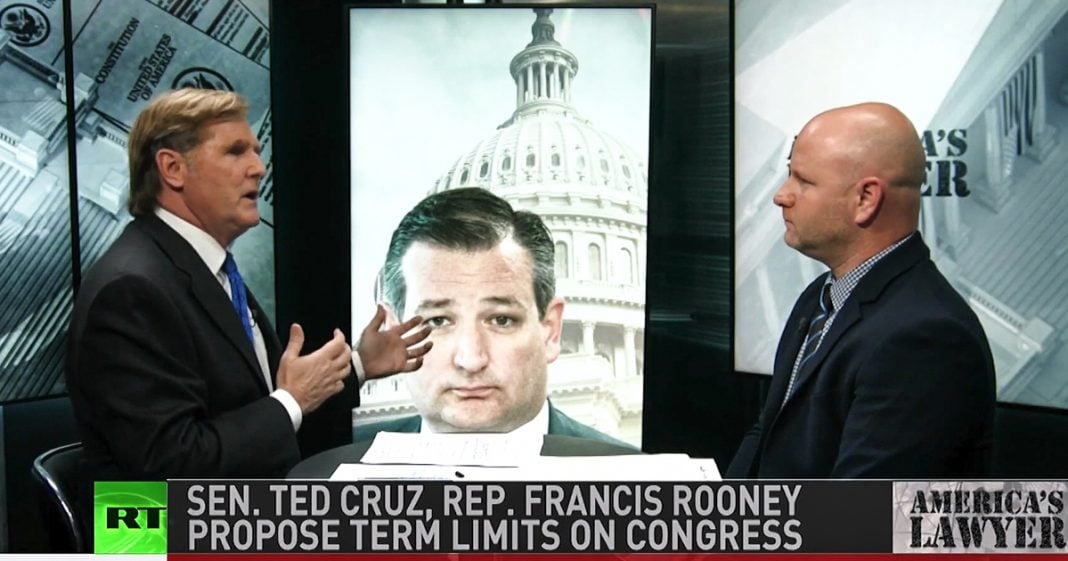 Via America’s Lawyer: A small group of Republicans led by Senator Ted Cruz have introduced legislation that would put term limits on members of Congress. Mike Papantonio and Farron Cousins discuss.

Mike Papantonio:             A small group of Republicans led by Senator Ted Cruz has introduced legislation that would put term limits on members of Congress. This is a great idea and it should extend to judicial branches as well. That’s really where the problem is, is term limits in the judicial branch. You know, okay, so here you got Ted. Now there’s obviously there’s something behind the story.

Ted Cruz and Republicans all of a sudden are up there because they’re looking down the road. They’re saying, well, let’s read tea leaves. We might not want, we might, now’s the time to really enforce term limits, but you know, the truth is this is a good idea. Whether it comes from Ted Cruz, I don’t care where it comes from. It’s a great idea. What’s your take?

Farron Cousins:                  Right, even the blind squirrel finds the nut every now and then, and Ted Cruz, I think, found one here. This is, you know, one of the only times I’ve ever agreed with him on anything but this is desperately needed. You know, term limits for the House of Representatives for the Senate. And again, not included in the bill, but even more important, we’ve got to stop these lifetime appointments for these corrupt judicial hacks that at this point had infiltrated every facet of the, the judicial branch of government from the Supreme Court all the way down to the district courts. We’ve got people on there who have been deemed not qualified by the ABA.

Mike Papantonio:             The arrogance, and you know, I agree with you to certainly in Congress and Senate, you know, you got to have term limits. You just have to. McCain is a great example. I mean, I’ve had, there’s so many great examples, but McCain certainly is one. I, I look at this story and I think of the judiciary where everyday we’re appearing in front of judges, some of them that, not all of them, but there are some that they have what they call the black robe syndrome.

It’s where this arrogance surfaces. We don’t really care what you think, sir. I’m the judge and you know what? I’m going to be here forever. We have got to do something about the judiciary the same way we do it with Congress and the Senate. Now this is a, this is going to say a constitutional amendment. Okay?

Farron Cousins:                  In Congress, zero percent chance. Unfortunately, these people are not going to vote to limit their own jobs. And so I think part of the motivation for Cruz here is he knows this is hugely popular. I’ll put it forward, let them vote against it. And that’s a plus for me because I sponsored it. I put it out there, they voted against it.

Farron Cousins:                  Right, but if you only did it at the state level, this thing has 80 percent approval rating and has for years because the American public left, right and center, everybody agrees. Some of these folks up there are in there for too long. They’re in either safe states or safe districts. Maybe it’s gerrymandering, maybe it’s just bad politics, but they get to stay there for 20 or 30 years.

Mike Papantonio:             Yeah, and this is simple, Farron. That what they’re saying is you get two, if you’re in Senate two, six year terms. Reasonable, huh?

Farron Cousins:                  But here’s the thing too, when we look at these people that have been in Congress for so long, compare it to a president who is term limited. Mitch McConnell is more powerful than Donald Trump.