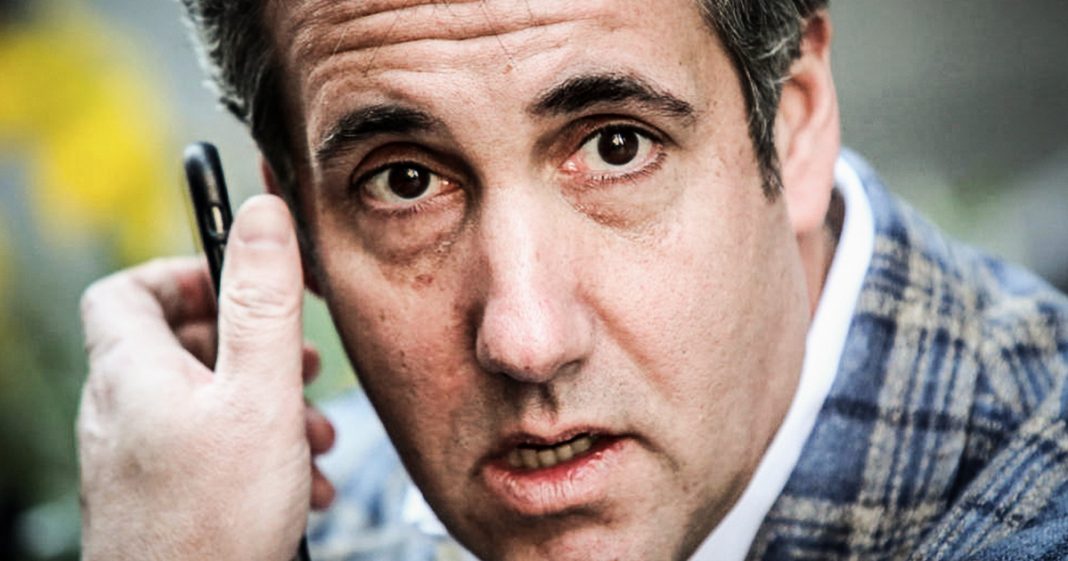 Donald Trump’s former lawyer/fixer may have postponed his testimony to the House, but the Senate isn’t going to let him off as easy. The Senate Intelligence Committee has issued a subpoena for Michael Cohen to testify in the next few weeks so that they can get answers about why he lied in his previous testimony. This subpoena is supported by Democrats and Republicans, though for different reasons. Ring of Fire’s Farron Cousins explains the different motivations for the subpoena.

Donald Trump is not going to have a good day. He, he’s not going to have a good weekend and I’m predicting that the next month is probably going to be really, really bad for Donald Trump. After all. We began Friday with his good buddy Roger Stone being hauled away in handcuffs by the FBI and then even before that happened though on Thursday it was announced that his old buddy, you know his long ago bff, Michael Cohen had been subpoenaed by the Senate intelligence committee because they want to get some answers from this guy about what exactly he lied to them about all those months ago and they understand that since Cohen postponed his testimony to the house because he feared for his safety and the safety of his family at the hands of Donald Trump, that is subpoena would be the only way to get him to come and testify before he’s hauled off to prison.

In early March to start serving his sentence, Lanny Davis, attorney for Michael Cohen confirmed that the subpoena was issued and said that Michael Cohen will comply. Although he is very scared still for the safety of his family, Republicans and Democrats on the Senate Intelligence Committee supported this subpoena because they want to know what the hell this man was lying about. Now, unfortunately, this is likely to not be a public hearing, so this is not something we’ll get to tune into cspan and see. It’s not something we’re going to see transcripts from and less those are released by the committee itself, which is unlikely. But what it does mean is that sense. It’s not public. They can ask him questions about other ongoing investigations. Now, if he were to testify in front of the House oversight committee are the ones who had wanted to, uh, testify or have him testify to, he would not be able to answer any questions about Trump tower, about the mueller investigation.

None of that. They couldn’t ask him, but in the Senate intelligence committee behind closed doors that they can. And I think that’s why you have the bipartisan support for the subpoena because I think Republicans want to discredit him. They want to pull him in front of the committee. It say, well, you lied to us before. Tell us everything you’ve lied about. Why are you such a dishonest person? Why can’t we ever believe anything you say? Whereas the Democrats are going to say, hey, tell us everything Donald Trump told you to do every horrible crime he told you to commit. Tell us, tell us, tell us really no reason whatsoever for this man to actually go and testify because it doesn’t matter if the Senate Democrats learn what Trump told him to lie about. It doesn’t matter if Republicans want to discredit him because the information that is necessary and relevant has already been given to the special prosecutor’s office that’s done.

That is a thing that’s already happened and muller, according to their own filings, been able to corroborate what Colin has said. So this hearing, this subpoena technically is totally worthless. Democrats want to use it as a warning shot to the president and Republicans want to use it as a bone to throw to their base saying, we’re going to discredit this fool, so don’t worry. This isn’t going to change anybody’s minds mostly because we’re not going to be able to see it or know what they talk about, but even if we were, as of this point, I mean pretty much everybody has their own confirmation bias at this point. Either Trump 100 percent did it or he’s 100 percent guilty and the innocent, excuse me, and the whole thing is a witch hunt. So you know, this is a dog and pony show at this point.

I would love to see Michael Cohen testifying. I’d like to see him testify publicly, but I also understand that because of the rules, he wouldn’t be able to talk about the things we need them to talk about. So there’s not really much point. He’s already been convicted, you know, for lying or pleaded guilty. So he’s going to prison for lying to them. So why call him back to talk about that? We already know it. We’ve got it. He’s been sentenced. This doesn’t make too much sense. Again, other than to throw some bones by both parties to their basis at this point, but Donald Trump is going to be shaking. Donald Trump is going to be scared and he should be because anything that cointelpro those Democrats or Republicans in that Senate to a meeting, he has already told Robert Muller and it’s very likely that Robert Mueller has already been able to verify it.