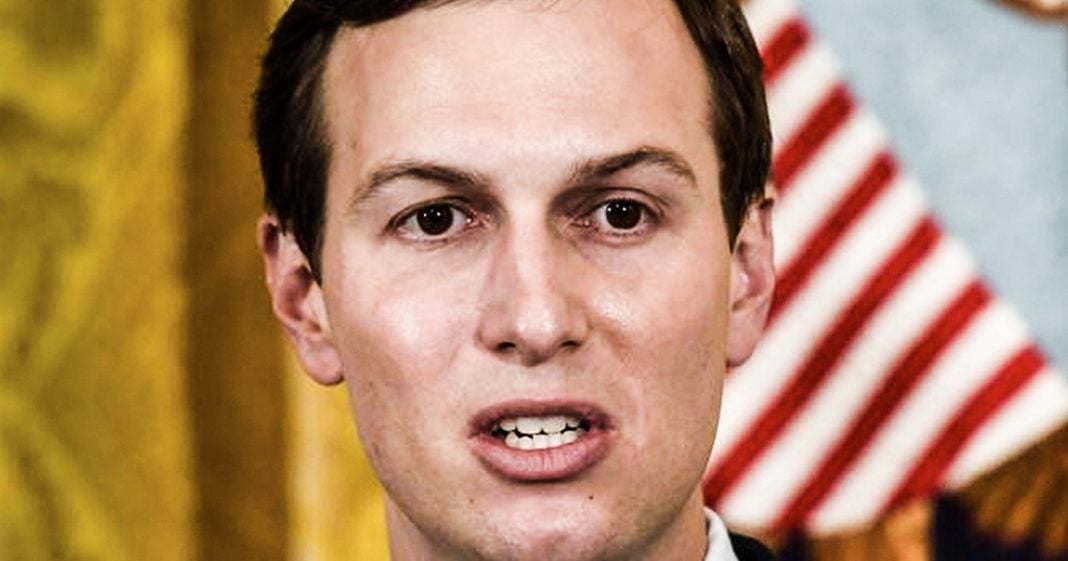 Democrats are curious as to how someone like Jared Kushner managed to obtain a security clearance after failing so many times and they want answers from the administration. The security clearance process is something the White House is required by law to provide, and Democrats in their new majority in the House want that info on Kushner and several others within the administration. Ring of Fire’s Farron Cousins discusses this.

On Wednesday, Democrats in the House of Representatives decided to launch an investigation, or at least in official inquiry into how so many of the morons working in Donald Trump’s white house have managed to obtain security clearances. Now, this effort is being led by, uh, uh, oversight Chairman Elijah Cummings, ben in Congress, a very long time, very respected man. He understands what he’s doing, and he also understands the very real danger of people like jared cushner having a full security clearance or even a partial security clearance when it’s very obvious that they should not have access to any classified intelligence. Here’s the thing, jared cushner had repeatedly while trying to obtain a full time security clearance light on his forms, screwed things up, had to go back and make changes to it, a denims amendments, whatever it is, he just couldn’t get it right, and that’s why it took forever for him to get more than just a interim security clearance.

According to Cummings, there are still too many people in this administration who only have interim security clearances. Something that was in fact confirmed by former chief of staff, John Kelly. Just a few months ago, people in this administration are not able to obtain security clearances and some of those that have it’s very questionable as to whether or not the correct procedures were followed to get them their security clearance as people like, for instance, uh, Michael Flynn. So here’s the thing. Cummings is requesting the information on how these security, a security clearances were obtained, which Congress has every legal right to do. The White House is required upon request to turn those over to Congress, except for the fact that this is the second time they’ve made the request. They did it last year and the White House just refused to hand it over. Of course, the Democrats were in the minority at that point, but now that they’re the majority, if the White House continues to refuse to hand over the information on how these people got their security clearances, a then they’re going to be in subpoena land at that point.

And that’s not gonna end well for them at all. But in addition to Jared Kushner and Michael Flynn, who I mentioned, uh, there’s, there’s plenty of others who they want to know. How in the hell did this person get a security clearance or read you this from a politico here. Cummings is requesting information on any problems or issues that arose in the security clearance processes for multiple individuals, including Michael Flynn, who pleaded guilty to lying to the FBI about his interactions with Russia. Flynn’s son, Michael Flynn Junior, former deputy national security advisor, Kt Mcfarland, national security advisor, John Bolton, jared Kushner, the president’s son in law and senior advisor, rob porter, the former White House staff secretary who left mid allegations of spousal abuse, former national security counselor, senior director, Robin Townley, Trump’s personal assistant, John Mcentee and former deputy assistant to the president, Sebastian Gorka. Those are all people who have received questionable security clearances from this administration and now that the Democrats are in charge, they have one simple question. How, how now? Over the years, we have been through all of the things that were wrong with jared Kushner’s security clearance process, but apparently it was not just him. He was not the only one who was having problems. That long list that I just read to you, gives you just a tiny glimpse into all of the people in this administration who have access to classified information or did have access to classified information and God only knows what these opportunistic narcissists did with that information.