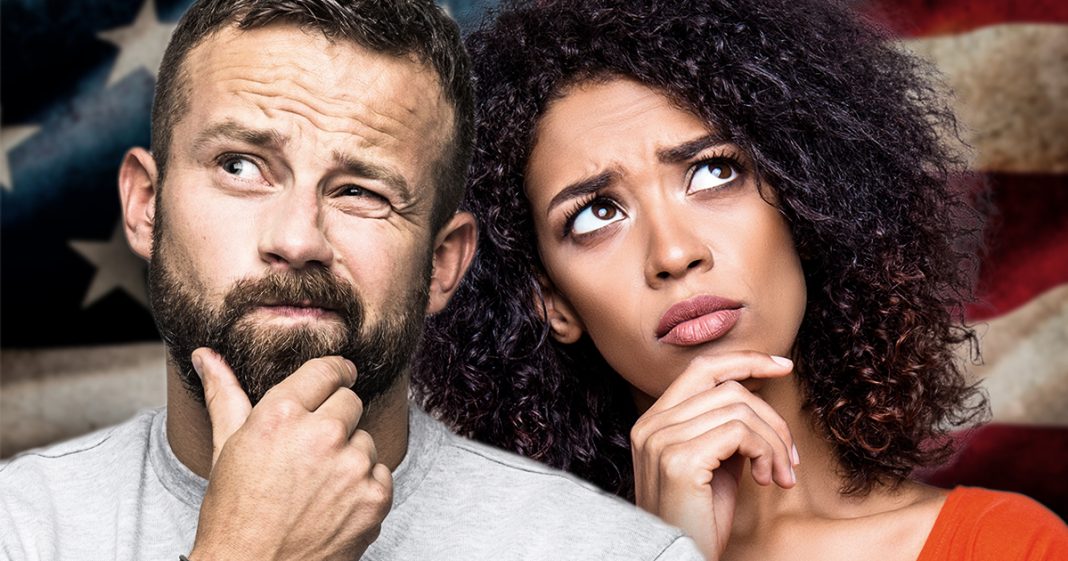 Polls are showing that the government shutdown is not doing Republican officials any favors, and they are suffering at the moment as a result of this. But the bigger question is whether or not American voters will even remember this shutdown during the 2020 elections? Will they hold those responsible accountable for the damage they are causing, or will this be a distant memory? Ring of Fire’s Farron Cousins discusses this.

So in the last few days we’ve seen a lot of polls come out that all give very bad news to Donald Trump and the republican party. First and foremost, Trump’s approval rating is hit a low of 36 percent disapproval rating is almost at 60 percent. The highest of his presidency. Only seven percent of people in the United States say yes, we should fund the border wall in order to end the government shut down only seven percent. They couldn’t even break into double digits without one. And when it comes to supporting the border wall, overall less than one third of people in the United States, fewer than one third support the wall at all. And yet here we have a president who keeps telling us on twitter that we got to have this wall. People want the wall. I’m listening to Ann Coulter and she says she wants the wall. And that means everybody wants the wall according to Donald Trump apparently.

But the truth is that no most people don’t want it. Most people want the shutdown to end. Most people blame Donald Trump and the Republicans for it. And that is going to hurt the Republican Party, at least for right now. And that’s what sucks about all this. The American public as a whole has an attention span of roughly two months maybe. And I think that’s being way too generous. Here’s the thing, if the 2020 election we’re two months away from now, this government shut down, what absolutely decimate the Republican Party, but given the fact that it’s 23 months away, 22 months away, it’s not going to matter. Voters in this country unfortunately will have forgotten in November 2020 that Republicans caused this government shut down the longest on our history. They’re going to forget about the TSA agents having to work for no pay. They’re going to forget about the FDA not being able to inspect our food.

They’re going to forget about new drugs not being able to make it to market because we can’t do testing and they’re just going to vote again. They’re going to forget about all of it because they always do. And that to me is the worst part of this. It ultimately means that nobody is actually going to be held accountable for this. I mean, when you shut down the federal government for 30 days or more, you shouldn’t have a job anymore, should you, and that’s the case of Mitch McConnell right now. We have had at least six, maybe seven by this point. Bipartisan bills come out of the House of Representatives that would have reopened the government, had Mitch McConnell allowed to vote in the Senate and Trump could have signed it, but Mitch McConnell hasn’t even allowed to vote. Therefore, he is just as responsible at this point is Donald Trump. Democrats have been working around the clock to get this thing done.

In spite of the Republican points of our Democrats have done nothing. They haven’t done anything. They were down partying in Puerto Rico. They they’ve proposed at least six pieces of legislation voted on it, passed it, and then Republicans were the ones who didn’t do anything with it. They should pay a price for this voter. Should remember in 2020, but I have so little faith in them, unfortunately, and I don’t mean any disrespect by that, but you do it all the time, folks. This is up to you and sure the Democratic party can run a couple ads talking about the shutdown, reminding you of the Hell we’ve been through in the hell we’re still going through, but is that going to sway you or you going to actually remember what it felt like? Are you gonna? Remember the bread lines wrapped around food kitchens in DC from federal workers who can’t afford to buy food anymore?

Are you going to remember that you can remember how you felt when you saw those pictures or are you going to forget about it and say, well, Mitch McConnell hasn’t done a horrible job is as senator. I’ll vote for him again. Why not? Sure. What do we got to lose? The answer is everything. We have everything to lose. We still do, so if voters forget about this or if they move on, you know, to whatever the next outrage is going to be, then yeah, Republicans are gonna. Walk away from this. Godfrey, no reprecussions, no ramifications, just good old. We shut the government down for over a month and there is nothing you voters are willing to do about it. Don’t let them be right, but in order for that to happen, that depends on the American public paying attention and more importantly, not forgetting what has happened.