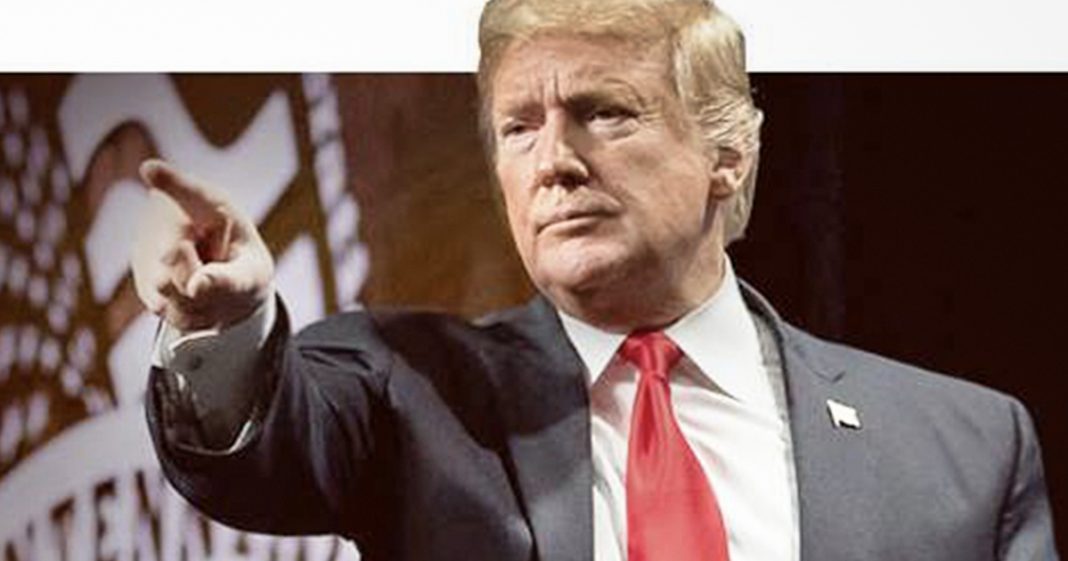 Reports are swirling that Donald Trump’s social media team are intentionally editing photos online in order to make the President’s fingers look longer and to make him look thinner. Looking at the alleged doctored photos and the originals side by side doesn’t seem to show much change, but there are definitely some differences showing that manipulation has occurred, just maybe not in the way the media is saying. Ring of Fire’s Farron Cousins discusses this.

This morning a lot of stories started appearing based on a Gizmodo piece that claim that Donald Trump’s social media team or whoever it is working for him creating these photographs might actually be editing and doctoring photographs of Donald Trump floating around online to make his fingers look a little longer and to make the president look a little thinner. Now immediately when I was bombarded with these headlines, I thought, yeah, that, that seems right. I mean, that seems like something this guy would do. His narcissistic personality has constant talk of, I have big hands and big other things. Yeah. This exactly, uh, falls in line with what we would expect from Donald Trump and his social media team. The guy is too self centered and narcissistic to a want ugly photos out there of him. But then I started looking at the photos, you know, the before and the alleged after photo.

And I’m not going to lie. I don’t really see that much of a difference in any of these. I think these stories are way overblown. I mean, you can look at these pictures and yes there are some differences in shading, but are his fingers longer in one than in the other or is that just the difference in shading the light playing tricks on us and let me tell you something about that before you say, well that’s what they were doing. Listen, everybody does that. If you post photos online, hell, if you post photos on your own instagram, a lot of people play with shading. A lot of people change, you know, the way it looks just to make it look a little crisper, a little clearer. You know, we have to take photos for advertisements and things like that and we change the shading to make it look better.

Not to take away, you know, double Chins or wrinkles around the eyes or extend the links of people’s fingers. I believe this story and how you know what maybe they did right? I’m not going to say they didn’t do it to make him look better. I’m just saying the evidence that I’m seeing here is not exactly supporting the Plethora of stories alleging that Donald Trump’s social media team is editing his photos. I hate Trump as much as the next person. I promise you that. I mean, but we can’t be so overzealous and just trying to make fun of him and trying to mock him that we ignore what we see with our own eyes. You know, and I’m sure there’s gonna be plenty of people in the comments. People sending me messages saying you don’t see the differences between these two. Listen, I looked at these photos as long as I could stand it before sitting here in front of you and maybe it’s just me.

Maybe my eyesight is getting worse than it already was, but there is not a whole hell of a lot of a difference. You can see differences in lighting may have done something to his double Chin and one of those photographs I’ll give you that. I think that was a little obvious, but again, that may only be not necessarily to make him look better, but to make an ad look better because that’s where they use a lot of these photos and you can’t necessarily fault them for that. You’re going to find every single politician in this country does that and not because I don’t want to look like that, but because the people making the graphics and making the ads want them to look as nice as possible and they don’t want people focusing on things like that. This story to me is overblown and that’s why I felt the need to address it today. There are lots of things to attack about Donald Trump. There are countless things to attack about Donald Trump. There are things that happen every single hour to attack this president for, but this story really ain’t one of them.